Mbokodo women solid as a rock in the cultural world 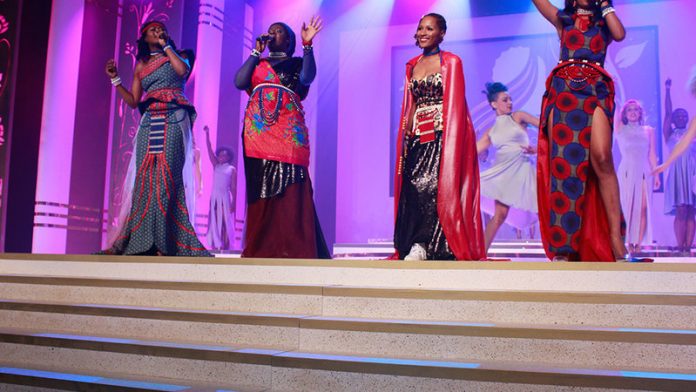 “How does it feel to be called a stone?” asked actress Warona Seane, before presenting the nominees for the Mbokodo Dance award over the weekend.

The audience, along with Seane, laughed at the question. The award winners, on the other hand, were humbled by being recognised and acknowledged as cornerstones in their communities because of the work they have done in the arts.

But the journey is still long for these women who want to disrupt the media market to tell the African narrative that is often overlooked or even misinterpreted.

The department of arts and culture and Carol Bouwer Productions hosted the third annual Mbokodo (stone) awards – South African women in the arts – at the Theatre on the Track in Kyalami. The awards honour women who have strengthened communities and individuals through their art.

Actress Florence Masebe, who received a Mbokodo award in the film category, was recognised for the work she has done in the Oscar-nominated Venda film Elelwani.

“The African narrative is very broad and complex but it has unfortunately been mistold for centuries and it gets lost in the slavery narrative of Africa,” she told the Mail & Guardian. “It doesn’t get its rightful place in the arts.”

The recipient of the promotion of arts in the media Mbokodo award, Vanessa Perumal, wants to start her own radio and TV station in a bid “to defy and disrupt media channels to transform media so that we can tell African narratives. The media in South Africa is so driven by advertising and capitalistic agendas – whoever pays their rent, they will follow it.”

The 20 categories include drama, dance, literature, song and paintings and adjudicators select winners based on their recent work.

Bongi Ngema, who is married to President Jacob Zuma, and whose talents include singing and dancing, officially opened the evening.

“Art in many forms contributes to our economy. It is a growing industry and I think that is where we can make our mark because we have our own identity as South Africa and the way we show it is through art,” she later told the M&G.

Zuma’s daughter speechless at award
Some of the award winners, including Nokuthula (Thuli) Zuma, were at a loss for words. Zuma, who came second at the 2012 Individual world poetry Slam, received a Mbokodo award in the poetry category and said this was the first time she had been left speechless by a win. She is a daughter of Jacob Zuma.

Mantsho fashion designer Palesa Mokubung, who was nominated alongside fashion designers Sanette van Schalkwyk and Bongiwe Walaza, walked away with the award in the fashion design and innovation category. “I have never won anything in my life,” she said in her acceptance speech.

The winner in the arts ambassador category was novelist Miriam Tlali who, having recently suffered a stroke, made a speech from where she was seated in her wheelchair. Tlali said the award had come late in her life but was happy to know she had paved the way for other women.

Mahotella Queens’ 50th anniversary
In the promotion of language and storytelling category, acknowledging the efforts by the nominees to promote and develop language through artistic ways, writer Antjie Krog was announced the winner for the work she has done to promote language through literature.

“We are weaving a most exciting South African narrative. The written ‘African narrative’ had been present for many generations in Arabic, French and English. The problem is that novels from Egypt, Algeria, Senegal, Kenya, Nigeria, Mozambique, Zimbabwe etc, are seldom on our buying lists. We do not take cognisance of what is being written on the continent,” Krog told the M&G.

“Many say that indigenous languages should be propagated, yet many of the classical works written in these languages have never been translated or are difficult to get hold of. The country is absolutely bursting with talent, but their only hope is to be picked up by Idols or one of the few white charity set-ups still involved in the arts.”

Visit the categories site and the winners site.

Mapping the city through graffiti

Ingonyama Trust to get permanent board

Whoever organised the unrest in response to the pending arrest of Jacob Zuma was responsible for the lethal violence that followed, the KZN police commissioner Nhlanhla Mkhwanazi said.
Advertising