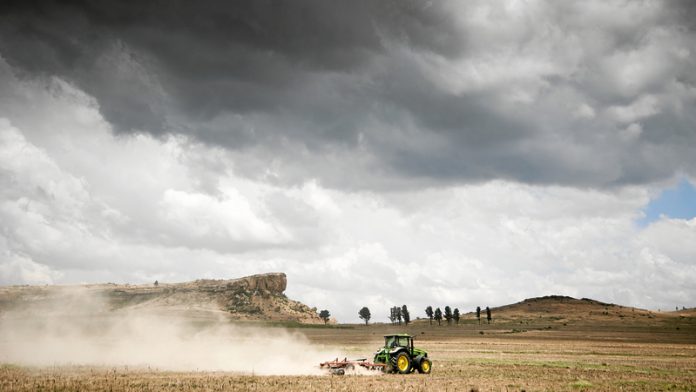 The Agricultural Research Council (ARC) – which received a grant of R866-million in 2013/14, 16% more than the previous year – was established in 1990 to be the country’s primary agricultural scientific research institution, but has suffered from years of neglect and underfunding.

Its annual report, published on Wednesday, paints a picture of an organisation suffering from chronic underfunding and trying to do the best with the resources available.

“The reasonable number [with] which the ARC could be expected to fulfil its mandate [would be] a parliamentary grant of R1.5-billion. That’s my conservative estimate,” the ARC’s Shadrack Moepuli told the Mail & Guardian on Wednesday.

Science and agricultural research is considered a fundamental part of boosting the sector’s international competitiveness and ensuring food security – not just for commercial farmers, but for small-scale rural farmers.

In South Africa, agriculture is a major contributor to gross domestic product (GDP) and employment. However, the department of agriculture, forestry and fisheries’ 2013 economic review of agriculture shows that, while the sector has grown by 11.8% annually since 1970, it has lagged behind the overall growth of the economy.

“South Africa’s agricultural success lies in the effective application of innovations from the laboratories by scientists and interactive exchanges with farmers, especially small holder and resource-poor enterprises,” Moephuli says in the annual report.

“Through scientific training, the farmers were encouraged to innovate and adapt the use of conservation agriculture, crop rotation, wetlands management, grazing management, soil health, integrated pest management and sustainable natural resource use.”

Salaries
However, underfunding has not been the only problem facing the ARC. In 2008-09, 99% of the parliamentary grant was spent on salaries, leaving it reliant on external revenue to fund research. This financial year was the second year of the implementation of the ARC’s new organisational strategy, and it appears to be bearing fruit.

Personnel costs have dropped to 79% of the parliamentary grant, reaching about 60% of total revenue. “We’re at the point at which it will be difficult to shift it further,” Moephuli told the M&G, “unless we start outsourcing things we should be doing in the first place.”

In the last five years, the council has more than doubled its publication of peer-reviewed journal articles from 144 in 2008-09 to 302 in 2013-14, according to the annual report.

However, the financial constraints remain concerning. “The organisation has pulled through on income to the extent that the ARC has managed to perform its functions within the allocated resources,” the ARC says in its annual report.

“This was achieved largely through cost containment and reprioritisation of of projects, Unfortunately, these cost containment measures are not sustainable as they adversely impact on the ability of the organisation to deliver solutions for agriculture development and economic growth.”

Additionally, the organisation says it needs R480-million over the MTEF to revitalise ageing infrastructure, capital replacement and maintenance costs.

In the current economic environment, with the belt-tightening reflected in Finance Minister Nhlanhla Nene medium-term expenditure budget policy, it seems very unlikely that the ARC will get the kind of funds it is looking for.

The guitarist’s book, Introduction to South African Guitar Style: Volume One is due to be published at the end of the year
Read more
Advertising
Continue to the category
National

'Being registered as an AGA(SA) means you are capable of engineering an idea and turning it into money,' says Raymond Mayekisa
Read more