Write off the next 30 days, it’s a novel experience 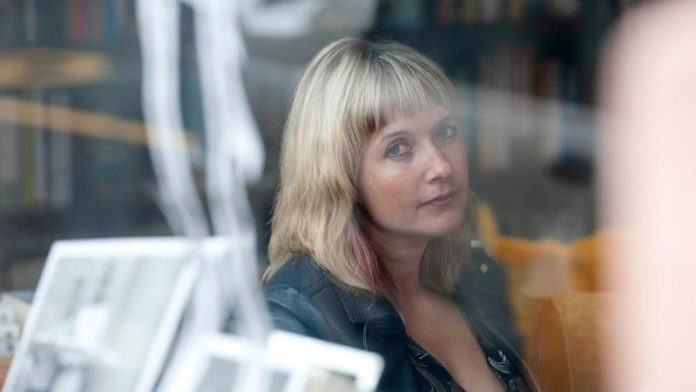 The time has come and, for hundreds of thousands of people around the world, the real work is about to begin: 30 days to produce a 50 000-word novel.

While men shave their faces in preparation for November – aka “Movember”, when facial hair becomes a charitable fashion statement – professional and amateur writers are dusting off old plots, sprucing up characters and polishing settings.

National Novel Writing Month (NaNoWriMo), a not-for-profit organisation based in Berkeley, California, is encouraging people to cordon off a month to focus on their writing.

This is how most successful writers say a novel is written: one painstaking word at a time. In his book On Writing, horror writer Stephen King says: “Whether it’s a vignette of a single page or an epic trilogy like The Lord of the Rings, the work is always accomplished one word at a time.”

And that is the point of NaNoWriMo, which expects more than 400 000 people from six continents to take part this year.

British writer Jasper Fforde is one of the many guest writers who has given a “pep talk” to NaNoWriMo participants.

“The overriding importance is that the 50 000 words don’t have to be good. They don’t even have to be spelled properly, punctuated or even tabulated neatly on the page. It’s not important. Practice is what’s important here, because, like your granny once told you, practice does indeed make perfect,” he said.

“Concert violinists aren’t born that way, and the Beatles didn’t get to be good by a quirk of fate. They all put in their time. And so will you. And a concerted effort to get words on paper is one of the best ways to do it. The lessons learned over the next 30 days will be lessons that you can’t get from a teacher, or a manual, or attending lectures. The only way to write is to write. Writers write. And when they’ve written, they write some more.”

South African author Lauren Beukes told the Mail & Guardian this week that the programme was a “great way to start a rough draft”.

“Most of the art of writing is discipline to park your butt and get the words out, fix them later.”

Beukes, author of Zoo City, The Shining Girls and Broken Monsters, likens her writing muse to someone from Cape Town: “She is always late to the party – but you have to set the table anyway, cook the food and hope she shows.”

Also, NaNoWriMo is a “great way to force yourself to take your writing seriously”, she says.

But NaNoWriMo isn’t for everyone, and not everyone manages to complete 50 000 words of a novel in a month. Patrick Rothfuss, international bestselling author of The Name of the Wind, is one such person.

He writes on his blog: “Despite the fact that I failed to hit the 50 000 mark, I consider the experience to be a huge success. Why? I had fun.

“Writing is usually a very isolationist activity. Heading on to the NaNoWriMo website every day and seeing how other folks were doing make writing just a ‘tiny’ bit social. Sure, I was spending hours alone in a room, but I was spending all that time alone with other people. If that makes any sense.”

Johannesburg-based freelance writer and editor Kate Ferreira says that this year will be her second attempt to “win” NaNoWriMo and achieve 50 000 words. “I got to about 35 000 words with a week to go, then work and life got in the way,” she says. “The usual excuses. I was still pretty pleased to have got that far though.”

Asked why she was attempting it again, she jokes: “Because I’m a sucker for punishment? Jokes aside, it is a major undertaking in one month and I think it is good to challenge yourself from time to time.

“I learnt last year that ‘finding the time to write’ doesn’t happen. You have to make time. Hopefully I can apply that lesson this time round.”

The project offers regional “write-ins” where writers get together and write, or socialise. The South African NaNoWriMo community includes groups in Johannesburg, Cape Town, Grahamstown and Port Elizabeth, among others. There is, naturally, a competition to see whether the Cape Town or Johannesburg writers produce more words in November.

“Every year, we’re reminded that there are still stories that have yet to be told, still voices yet to be heard from all corners of the world,” says executive director Grant Faulkner. “NaNoWriMo helps people make creativity a priority in life and realise the vital ways our stories connect us. We are our stories.”

For more information, go to nanowrimo.org.

In his work, poet and artist Mxolisi Dolla Sapeta weaves a tight thread between his two practices and the Eastern Cape township of New Brighton
Read more
Friday

Celebrated author and political activist Achmat Dangor died on Sunday at the age of  71. Here, in a 1990 interview published in Staffrider, he speaks to Andries Walter Oliphant about his work and aspects of South African literature and culture
Read more
Friday