Why do women become violent? 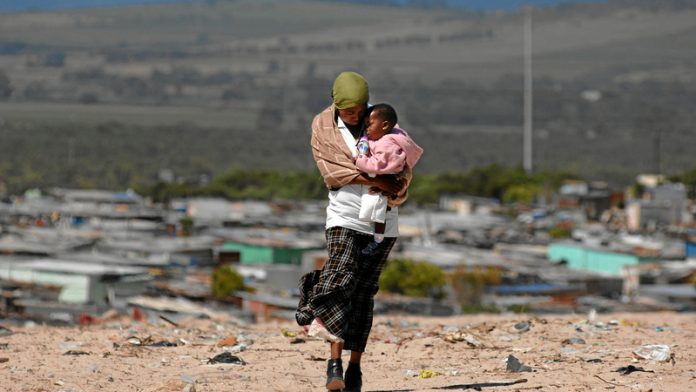 (I’m fed up,
I’m fed up and I’ve had it up to here, fed up
My soul and my body, I feel crippled
All I say is fuck off, I’ll burn your farm down
Now you can work same as me.)

These angry lyrics from a rap song by Dookoom have shocked many South Africans.

The anger expressed here cannot be written off as the esoteric musings or hate speech of some hardcore young rappers. It is apparent in research and clinical work, conducted by me and others, with impoverished mothers in two semi-rural communities in the Western Cape (our paper was published in Feminism and Psychology, June 2014).

Our research suggests that the anger articulated by Dookoom may indeed capture the rage and anger of many impoverished South Africans.

Men’s rage and aggression is often in the public eye. But we also need to pay attention to women’s anger. Epidemiological studies suggest that many low-income women can be diagnosed with depression but, besides the typical symptoms, depressed mothers often also experience intense anger. In fact, when women are asked what it means to be depressed, they often talk about anger.

Leila: “More angry and more ugly talking. Rage within me that wants to come out. It is like a thunderstorm … I would say, if I have to describe my depression, I am just pissed off today. Today, today, no one should mess with me.”

Sterretjie: “I hated them [child­ren]. It feels as if I can take something and rip it apart [makes ripping gesture] … It felt as if I can pull the hair from my head.”

Researchers and clinicians acknowledge a relationship between anger and depression, but anger is not recognised as a symptom of adult depression in most formal diagnostic systems.

Studies investigating a link between anger and depression found gender to be a key variable, with feminist scholars claiming that the division between a conforming outward self and a resentful inner self is “the core dynamic of female depression”.

It is more acceptable for a woman to be depressed than to be angry: constructions of femininity dictate that “good” women are calm, in control and self-sacrificing in relationships, and that they engage in self-silencing feelings or behaviours to conform to these ideals. “Good” women should not feel, much less express, anger.

In the community where we did our research, accounts of women fighting with each other or with male partners, or of women violently interacting with their children, are common – and the women feel ashamed talking about it. Aggressive fantasies, verbal and physical abuse and neglect are reported.

Vané: “I will do something, really … I will set alight to everybody in my house and not feel anything.”

Sterretjie: “I shout at my children a lot. I shout and just swear, because then I am very angry. I get hugely upset.”

Vané: “I beat her [my daughter] terribly. I punched her like a man would punch another man with a fist. Then I grabbed her hair, I slammed her face on the concrete. It was as if I couldn’t fully express my emotions … I freaked out.”

Sterretjie: “I hit. I just take a stick. He [my son] makes coffee all the time and that stresses me, because the sugar and stuff is expensive.”

Patsy: “Sometimes I don’t worry about my children, then they fight here around me and I won’t even scold them. I also easily tell them to die.”

In these accounts, participants made it clear that they were usually violent in their homes with partners, but especially with children. Although men are generally more violent than women, women tend to aim their violence at their own bodies and those of their children.

But such violence is often ignored. It is not expected; it is not in line with traditional gendered beliefs. Since the 1970s, however, there has been (in academic research, at least) an increasing awareness of maternal abuse, neglect, abandonment and infanticide.

Feminists disagree about bringing women’s aggression and violence to greater visibility. Some argue that women’s aggression is not as common or as serious a problem as men’s. In South Africa, male violence, including violence against women, occurs at unprecedented levels. Focusing on women’s violence may obfuscate the violence of male power and patriarchy. Furthermore, if women’s violence is reported without taking into account the socio­political context, individual women will be pathologised.

But studying women’s aggression and violence may serve to disrupt public discourses that essentialise women and present them as powerless victims and to undermine idealising discourses of motherhood. In a sense, denying female violence is to deny female agency.

If mothers’ violence is to be prevented, it is crucial to understand the complexity of mothering in adverse conditions. Unrealistic ideals of motherhood dictate how they should mother. It seems politically and ethically important neither to demonise nor to idealise violent mothers. Obviously not all mothers are violent, but there are enough acts of aggression by mothers towards children to make this a matter of social concern.

Mothers who talk about their aggression are typically ashamed of and regret it. They see that such behaviours perpetuate a vicious cycle of transgenerational violence.

Leila: “When they [the children] made me angry … I strangled them or threw things at them … I later on thought that is why my children are like this.”

Violence cannot be excused. But we must examine the contexts in which angry, hostile mothers attempt to mother. We must attend to mothers’ subjective understanding of their anger and violence.

Mothers refer to the frustrations of mothering in their particular life contexts. The mothers we spoke to live in shacks in backyards or share a room with their children in relatives’ homes. They are often parenting on their own with very little support. If they work, they are domestic workers, farm workers or factory workers, with a household income below the poverty line.

In these circumstances, as reported recently by Oxfam, children and mothers are often hungry:

A hungry child implies that an adult, typically a mother, is not fulfilling her moral duty. Neoliberal discourses of privatised responsibility, which want citizens to take individual responsibility for their own wellbeing, are also hugely gendered in that women are typically held responsible for feeding children. Children’s continual demands may be experienced as unbearable rebukes for a woman’s failures as a mother and a citizen.

Sterretjie: “It makes me stress because I do not have money. I become very angry and become emotionally worked up … then I shout at everyone.”

Mothers experience their children as demanding, inconsiderate and acting up. They are also disappointed in their own inability to live up to the ideals of motherhood. Idealised expectations of motherhood obscure the possibility that mothering, especially under conditions of deprivation, is simply a depressing experience. Unrealistic expectations can feed into mothers’ anger, whether it is turned inward (depression), repressed, denied, or expressed in violent or abusive behaviours.

In adverse socioeconomic conditions, women have few options for expressing their anger. Anger that is not spoken about may result in impulsive violent behaviour or be expressed habitually in the only language available – that of violence.

If the source of women’s anger and violence is socioeconomic deprivation, the first line of intervention should be political. The material conditions in which mothers are expected to raise children should be improved and there should be more realistic expectations of motherhood. Mothers should be provided with spaces to talk about anger in safe ways: feeling it, tolerating it and judiciously putting it into words, so that it can be properly managed.

Professor Lou-Marie Kruger teaches in the psychology department at Stellenbosch University. She has worked as a clinical psychologist and researcher in one low-income community for 14 years.