Africa’s unique triumphs in the Guinness Book of World Records 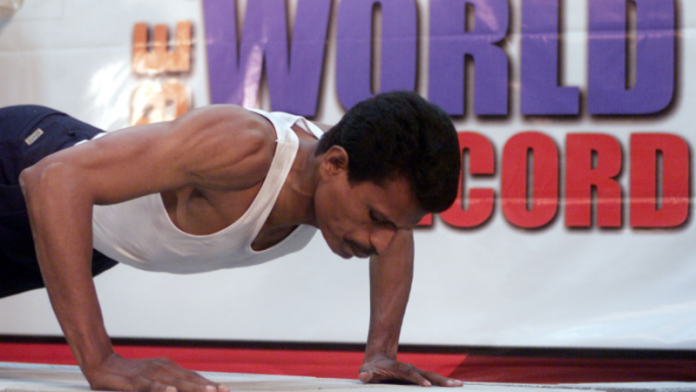 From kamikaze butterflies and “was-that-really-a-war”, to a man whom over 800 children call dad, Africa just never makes for a dull moment. We take a look at some of its globally-recognised records:

Most vuvuzelas playing simultaneously: The record for the most vuvuzelas blown simultaneously was achieved by 12 511 spectators at the Vodacom Challenge soccer match at the Nelson Mandela Bay Stadium in Port Elizabeth, South Africa, on July 23 2009, before a derby match between Orlando Pirates and Kaizer Chiefs.

Most children fathered: The last Sharifian Emperor of Morocco, Moulay Ismail ibn Sharif, known as The Bloodthirsty, was reputed to have fathered a total of 867 children – 525 sons and 342 daughters – between 1672 and 1727. The number two record is held by another African, King Sobhuza II of Swaziland, who lived between 1899–1982 and fathered 210 children from 70 wives.

Most aggressive butterfly: The record goes to the Green-veined Emperor butterfly (Charaxes candiope) found in Uganda, which dive bombs into people and animals intruding on its territory.

Largest mud brick building: The Great Mosque of Djenné (surface area of 5625 square metres) in Mali is the world’s largest mud brick building. First built around the 13th century, the current structure dates from 1907. *Random bonus fact: In 1996, Vogue magazine held a fashion shoot inside the mosque. Vogue’s pictures of scantily-dressed women outraged local opinion, and as a result, non-Muslims have been banned from entering the mosque ever since.

Deadliest lake: The world’s deadliest is Lake Nyos in Cameroon, where toxic gases have claimed at least 2 000 lives in recent decades. In just one night in August 1986, between 1 600-1 800 people were killed by a large release of carbon dioxide.

Shortest war: The Anglo-Zanzibar war in August 1896 lasted just 38 minutes. Around 500 Zanzibari men and women were killed or wounded during the bombardment by the British, most of the dead a result of the fire that engulfed the palace. Only one British sailor was injured.

Loudest insect: The African Cicada (Brevisana brevis) produces a mean sound level of 120 decibels, equivalent to the sound of a rock concert, a jet engine, or a thunderclap.

Most bee stings removed: The greatest number of bee stings sustained by any surviving human is 2 443. Johannes Relleke was stung at the Kamativi tin mine, in the Wankie District of Zimbabwe (then Rhodesia) on January 28 1962. All the stings were removed and counted.

Largest meteorite: A block 2.7m long by 2.4m wide, estimated to weigh 59 tonnes, is the largest known meteorite. It was found in 1920 at Hoba West, near Grootfontein in Namibia.

This article was originally published on mgafrica.com

Weekend 101: US shutdown and Guptagate continues

Go hang! Can you handle the suspense?

The world’s oldest person dies at 116