Bafana must win or face the boot 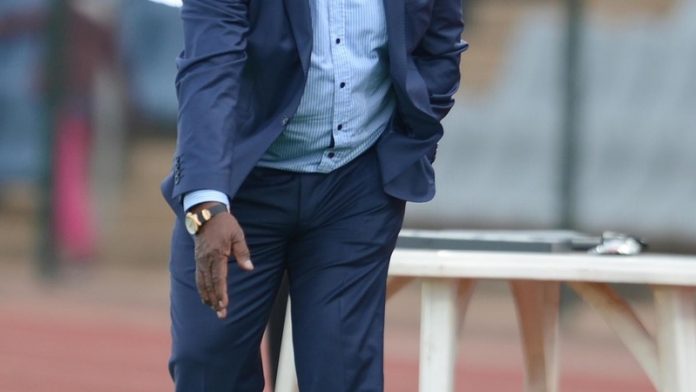 Only a home win for South Africa against Sudan in Durban on Saturday will prevent possible African Nations Cup disappointment, even though Bafana Bafana head the Group A standings, are undefeated and have not conceded a goal in the qualifying competition.

Victory, however, and South Africa will compete at next year’s tournament, wherever it may take place.

Heroic wins away in Sudan in September and Congo last month have been potentially negated by goalless home draws in the other group games that Bafana have played for the African Nations Cup 2015 finals.

South Africa last scored a home goal one year ago, to beat then world champions Spain in a friendly at Soccer City, and a repetition of another inept performance in front of goal will undo some solid progress in recent months.

Stout character and conviction has proven a winning formula on the road for new coach Shakes Mashaba, but tactical innovation has been largely lacking when faced with well-organised opposition.

Bafana are likely to be unchanged from the last outing, save for the sad decision over who will replace Senzo Meyiwa in goal and a suspension to defender Thulani Hlatshwayo.

Frustrating force
Sudan promise to be a much improved side from the one that South Africa easily dismantled two months ago. They have changed for the better and were defensively compact when they beat Nigeria at home last month.

As a result they could prove a frustrating force to break down at the Moses Mabhida Stadium, demanding that South Africa do much more than hoof the ball forward to the top man and look to play off the central striker.

For all the fawning over Mashaba in the wake of his two away wins, the job is still not done. Victory and Bafana are guaranteed a berth at the 2015 finals. Anything less, if Nigeria win in Pointe Noire as expected on Saturday, then suddenly Bafana will find their hopes in some peril.

Qualifying for the Nations Cup will put Mashaba, in terms of achievement, ahead of his immediate predecessors, who both flopped in the qualifying campaigns they were in charge of. Gordon Igesund could not get South Africa to the World Cup in Brazil, finishing behind Ethiopia in their qualifying group, and Pitso Mosimane bungled the permutations for the 2012 Nations Cup finals.

It will come as some relief if the national team surge past Sudan into the finals. It will provide a much-needed injection to both the Bafana brand and the domestic game. Achieving on the continental stage must now become a firm priority for South African football, not only with the national team, but all their junior selections and particularly at club level.

But the eager approach to next year’s African Champions League by Mamelodi Sundowns contrasts with the tepid enthusiasm of Kaizer Chiefs, a signal that the insular and indifferent approach that has characterised the past two decades of South African participation in African competition still exists.

Ultimately, local players can only properly measure themselves with international success rather than domestic titles.

And, to judge by the public’s enthusiastic embrace of Orlando Pirates this time last year as they were marching to the African Champions League final, there is a major public appetite for successful international campaigns.