Cut the rhetoric and act against gender-based violence 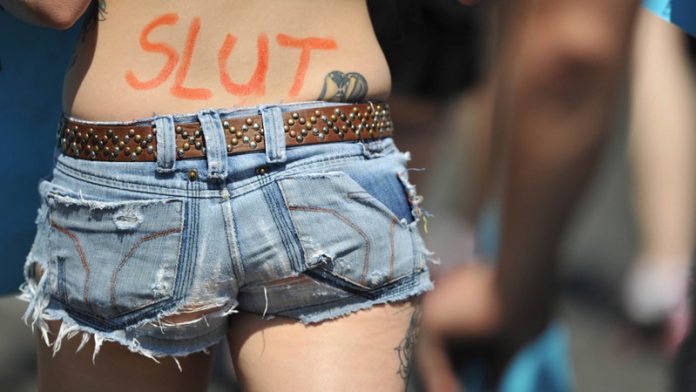 November 25 marked the beginning of the 16 Days of No Violence Against Women campaign. Since 1991 it has been used as a global organising strategy by individuals, civil society and governments to call for the elimination of all forms of violence against women.

Twenty-three years later, we are tempted to despair of the prospects of a losing battle. The statistics are frightening and qualify gender-based violence (GBV) as a pandemic needing urgent attention.

In Southern Africa, six countries have conducted violence against women baseline studies, revealing that gender-based violence is pervasive across the region.

The highest prevalence is reported in Zambia where 89% of women from Kasama, Kitwe, Mansa and Mazubuka experienced violence in their lifetime. Figures for other countries are: 86% of women in Lesotho, 68% in Zimbabwe, 67% in Botswana, 50% in South Africa and 24% in Mauritius.

The findings reveal something even more disturbing – men interviewed are not only validating these figures, but in some cases exceeding them.

From 73% men in Zambia to 22% in Mauritius reported perpetration of GBV at least once in their lifetimes.

Dismantling the conservative patriarchal social fabric that is characterised by impunity for perpetrators and revictimisation of women affected are only part of the solution – we also need to fully understand the extent problem.

Gathering information about GBV in all countries where data is missing is critical, because implementing strategies that are not informed by research or that lack comprehensive monitoring and evaluation frameworks is like walking in the dark. Furthermore, without this information citizens and civil society are unable to hold governments accountable.

At this point governments’ lack of leadership and political will leave us incredulous and despondent, as they seem more committed to diminishing and undoing the little progress we have made towards addressing the tragic realities of gender inequality.

We see this not only in widespread patriarchal rhetoric, and the negligible spending on gender and GBV prevention in national action plans, but also in the dismal commitment to ensuring 50/50 in political decision-making.

After the elections in Malawi we saw declines in women’s representation in the government (and in South Africa’s Cabinet).

We await the outcomes for women in Mozambique and Botswana following recent elections, while we can predict a decline of women in government after the coming elections in Mauritius, considering the few women are being fielded by political parties.

After South Africa’s national elections in May, the government disbanded the ministry of women, children and people with disabilities and established a new ministry of women in the presidency.

What is disheartening is that during this transition the National Council Against Gender-based Violence was suspended, meaning its crucial work is being delayed until the government decides which department will house it.

It is infuriating to hear these victim-blaming and infantilising comments professed by the ministry of women. Adding insult to injury, other leaders present suggested funding for violence against women support centres be cut and GBV be dealt with privately in the home.

All these statements are shocking not only because they come from “leaders”, but because they perpetuate a culture of silence and fuel the most predominant form of GBV – intimate partner violence, which generally takes place in the home.

These attitudes persist in spite of the horrendous statistics on gender violence, and are in direct conflict with regional and international commitments that governments have made to achieving gender equality.

In August 2008, the Southern African Development Community (SADC) heads of state adopted the Protocol on Gender and Development that, among other targets, aims to halve GBV by next year.

The protocol requires all member states to act with due diligence to prevent, investigate and punish all forms of gender violence and provide effective recourse for survivors. Some countries have gone a step further to adopt the 365-Day National Action Plans to end GBV.

These plans are welcome, but seem to have become shelved documents gathering dust. Moreover, how do the other states attempt to eliminate GBV when there is little or no baseline data?

How do governments plan to address the problem without realistic targets and effective indicators for measuring GBV?

This underscores the need for accurate and comprehensive data to ensure governments’ accountability for preventing, addressing and responding to GBV.

There is an urgent need to establish GBV baselines in SADC countries and to strengthen integrated, costed planning frameworks for ending the violence. There is also a need for agreed indicators standardised across these countries.

If we are not armed with this powerful knowledge, we cannot hold our leaders accountable, we cannot demand our rights and we remain at the whims of politicians. Measuring and responding to gender-based violence is part of every country’s obligation, lest another two decades of war on women’s bodies persists.

This is crucial to advancing our ongoing fight for equality, justice and peace.

Covid-19 lockdown: How are women in higher education coping with work at home?