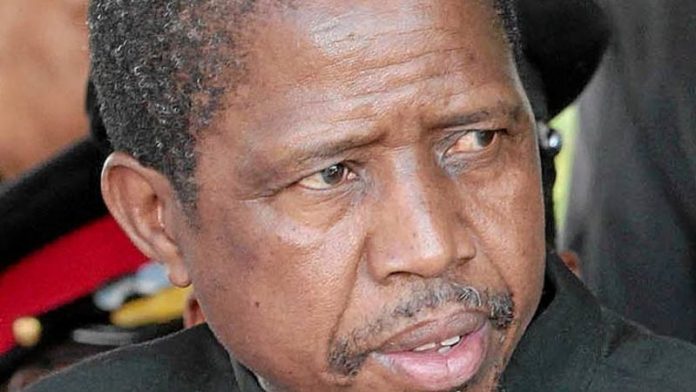 After weeks of acrimony, shadow boxing and, at times, violent sparring, the Patriotic Front (PF), finally agreed to hold a general conference to elect its new president and candidate for the January 20 presidential by-election. But things are beginning to unravel.

One faction has elected Defence Minister Edgar Lungu unopposed as president because the other eight aspirants did not show up, though they were in Kabwe, the small sleepy town just outside of Lusaka where the general conference is being held.

Lungu and his supporters have since dispersed from the meeting place. He has announced that he will hold his first central committee meeting today as president of the PF, ostensibly “firing” Guy Scott, who is Zambia’s acting president.

But the team led by Scott and the other eight presidential aspirants have stayed on and refused to accept the results, saying that the vote was illegally conducted and that the “real” general conference was ongoing and would hold elections today.

“As the acting president of the party I am the only one mandated by the party constitution to call such a meeting. So that purported meeting that elected Lungu is illegal, it’s an aberration,” Scott told the Mail & Guardian.

Shifting goalposts
In explaining the absence of the eight presidential aspirants at the meeting, Scott says there was no notice of the meeting for elections and the other contestants and their supporters did not know that it was taking place.

“We are still conducting the accreditation and will go to the vote (today). If Lungu does not show up, that’s his fault. But as far as the party is concerned, the PF has not yet elected a president. I am still acting president and no one has been elected to replace me.”

Scott says the people that left the meeting with Lungu are not necessary accredited delegates. “They are most likely thugs bused in by the Lungu camp. We need to do things properly and follow our party constitution … we cannot take short cuts or work outside the law.”

He is confident that the people remaining at the meeting, including the eight presidential aspirants, will make the necessary quorum to vote in a new president.

But Lungu has dug in his heels. As far as he is concerned, he has followed the party constitution and given in to Scott’s demands at every step of the way. He counters that it is Scott who has continually changed the goal posts and tried to manipulate the voters roll by changing the venue of accreditation from where it was agreed.

“The argument has always been that a general conference is time consuming, costly and prone to manipulation,” Lungu told the M&G. “In spite of this I agreed to a general conference. I come here and then he accuses my team of rigging the voters roll. But it is he [Scott] that organised the conference. How can I then rig the process.”

One of the presidential aspirants, Chishimba Kambwili, has indicated that he will petition the courts to stop Lungu from assuming the role of president.

The eight candidates vying for the PF presidency – Christine Kaseba, Bob Sichinga, Geoffrey Mwamba, Miles Sampa, Wilbur Simuusa, Given Lubinda, Selemani Banda and Kambwili – have so far kept a low profile and have not been seen at the general conference.