Too much book learning, too little work for matrics 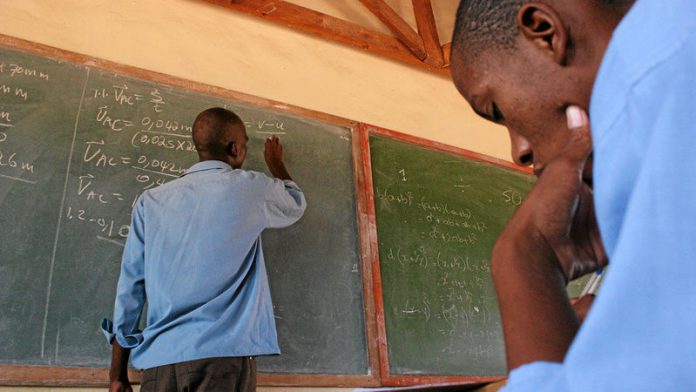 Much-needed improvements to the education system cannot start as late as at matric level, a Wits Institute for Social and Economic Research (Wiser) seminar has heard. And although it is often said that improving education will lead to economic growth, research shows that the inverse is often true.

The seventh and final Wiser Public Positions seminar was held at the University of the Witwatersrand on Tuesday evening. The panel discussed a paper titled How Does Matric Measure the Health of Our Education System? by Stephanie Allais from the Wits Centre for Researching Education and Labour.

A possible intervention could be to remove the notion of passing or failing, Allais said, allowing pupils to leave school with at least a certificate. It was also important to improve the quality of exams without increasing the number of pupils who failed.

In many countries, Allais said, more and more pupils were being pushed through the education system, partly as a short-term way of keeping young people off the streets and partly because policymakers seemed to think economic growth would follow. Education institutions are then blamed when unemployment does not decrease.

“It has not happened the other way around. And while most countries around the world are grappling with increased youth unemployment, education levels are substantially outpacing the educational requirements of much work,” Allais said.

She said that changing the assessment and certification systems could have a major impact on the system and that there were many different options around the world, none of which were entirely satisfactory.

Another possibility is having a limited set of strong but different qualifications, one of which prepares pupils for an academic track and one or two others that are more vocationally oriented.

But Allais said this might not be ideal in the South African context, as the job market was not well-suited to this model.

“Where mid-level occupations are regulated in the labour market or there are substantial good career options for mid-level occupations, and where companies offer apprenticeships, such as in Switzerland where around 60% of the age cohort move to apprenticeships after leaving school, this is a viable option for all learners, although it has the disadvantage of funnelling people at a young age.

But ultimately none of this can be achieved without good teachers. “And good teachers can only do limited good in the context of poverty, hunger, violence and social volatility,” she said.

Allais said secondary education was only really introduced for all South Africans in the 1970s and was destabilised by the 1980s. “Further, the legacy of Bantu education, particularly through its weak teacher preparation, will be with us for years to come.

“Matric cannot be the starting point for interventions,” Allais said.

Schooling and Covid: A new UN report tracks adaptations in education in 142 countries

Teachers are the real deal, tech just a tool