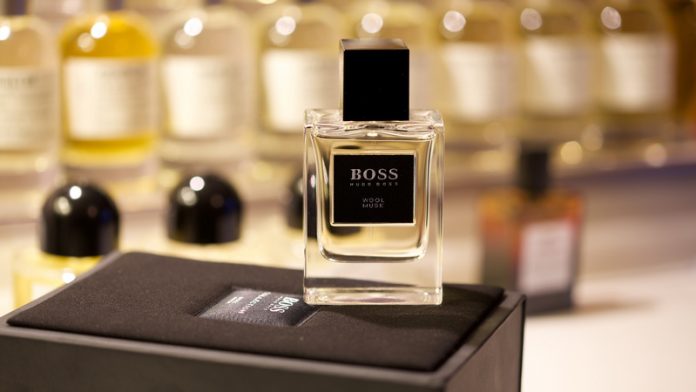 Historically, some men used to wear fragrances as rich and complex as those worn by any sophisticated woman. They would vary their fragrance in the same way a woman does and seek out the unexpected and the original, and strength in composition was favoured.

Eau de cologne (water of Cologne) originated in the German town of the same name in 1709. Johann Maria Farina, an Italian by birth, created this elixir that was to become a distinct and long-lasting formulation. It is one of the oldest perfumes still produced in the world today.

We call eau de cologne a spirit cologne because of its high concentration of alcohol. With only 2% to 5% of fragrance in the alcohol carrier, the idea behind the perfume is that of ultra-volatility; a splash of “clean”. Eau de cologne contains a mixture of citrus, with lemon, orange, lime, grapefruit and neroli, as well as bergamot, lavender, rosemary, thyme and petitgrain.

The cologne was used by men for perfuming themselves – and also as an aqua mirabilis: a miracle water or tonic that was drunk as a remedy. Because of its success, eau de cologne became known more for its concentrated, ultra-volatile formulation than the actual scent itself, and lost the capitalisation of its originating city: now, it is known simply as eau de cologne.

A new generation of fragrances
This heralded a new generation of men’s fragrances. They were a contradiction of sorts: the scent was fresh and light, but had a high concentration of alcohol. This formulation attracted layer upon layer of legend and, before long, men started associating this formulated freshness with masculinity itself.

It was only very recently that Tom Ford, fashion designer-turned-fragrance guru, masterminded a change that saw men finding a place to explore headier and more sophisticated fragrances again. And as with any cyclical trend, we find ourselves back in the belle époque of men’s colognes and fine fragrances.

Choices at hand include Byredo’s Fantastic Man and Mister Marvellous, as well as Sunday Cologne, the brand’s new take on the traditional. Agarwood, also known as oud, seems to be running through the nectars of men’s cologne in 2014. Previously reserved for very specific Emirates concessions, oud is now more accessible.

A fresher, lighter eau de cologne
It is a dark, resinous heartwood that forms in the Gyrinops walla trees of Southeast Asia when they become infected with a certain mould. As the mould progresses, the tree produces a dark, aromatic resin in response to the attack. The odour profile of oud is complex, sweet and smoky, forming a strong and tenacious tobacco note. Ford’s Oud Wood is part of his private-blend collection.

Not only is it pushing the boundaries by being an eau de parfum for men – rather than a traditional eau de cologne – it can also be layered and used as an undertone for a man’s fresher, lighter eau de cologne. It has a cardamom accord with warm animalic tones, drying down to the sweetness of an amber and tonka bean base.

Bolder, fashion-conscious men can now look for scents that are original expressions of their personality, rather than just choosing from a tiny band of overmarketed “freshness”.

Making Scents: I’ve grown a custom scent for you

Making Scents: The right fragrance for your skin type