Vavi calls on union leaders to ‘wake up’ 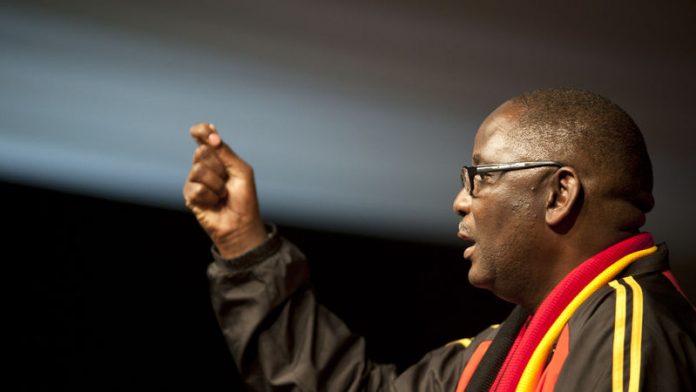 “Behaviour where union leaders act like bosses, and believe that because they are elected they can make decisions without reference to the base, must become a thing of the past,” he told delegates at the Uni World Indaba in Cape Town.

Cosatu wounded by divisions
Vavi received rousing support from the audience, made up of members from unions around the world. He said Cosatu was paralysed and wounded by divisions that had spanned over two years, and were the result of differing approaches to dealing with poverty, inequality, and unemployment.

On the one end was a camp that favoured vigorous implementation of decisions taken at the federation’s 2012 national congress. On the other end was a “leadership camp” that Vavi believed had drifted from a commitment to implementing these resolutions without seeking a new mandate.

He said corruption had spread to every sphere of society, including the ruling party, government, and trade unions.

“Many of the divisions that we see running through our society are in fact about pushing one another from the feeding trough, and have little to do with political or ideological differences,” he said.

“This is a very tragic state of affairs, requiring a decisive and forceful trade union movement that stands squarely against corruption.”

Numsa and Cosatu at loggerheads
The National Union of Metalworkers of SA (Numsa) was expelled from Cosatu last month for breaching its constitution. At a special national congress in December, Numsa resolved not to support the ANC in the May general elections and to broaden its scope to include workers from other sectors.

Numsa and Cosatu have been at loggerheads since Cosatu suspended Vavi last year for having an affair with a junior employee, among other things. There were also allegations of fraud and corruption against Vavi.

An ANC task team has stepped in again to help the embattled trade union federation deal with internal friction. This includes dealing with disciplinary procedures against Vavi, and Numsa’s expulsion.

External campaign
However, Vavi will not give up hope that divisions in Cosatu can be healed and it can unite in a fight for workers’ interests, he said.

He told delegates that Cosatu was in the midst of an external campaign to undermine efforts to save it from splitting.

“We have experienced bogus security reports, surveillance from unidentified persons, allegations from ‘unnamed sources’ printed in the press and all manner of other tactics to publicly discredit the federation.”

He hoped that the assistance of the ANC and former federation leaders would result in the writing of a new narrative. This narrative would be that it had avoided a total implosion, unity had returned, and members had a common desire to rebuild a democratic, independent, militant, and socialist-orientated trade union movement.

He said a split in Cosatu might further fragment the trade union movement at a time when only 29% of all workers belonged to any union.

“Regrettably we have become preoccupied with our endless boardroom fights that have nothing to do with advancing workers’ interests when Rome is burning.”– Sapa