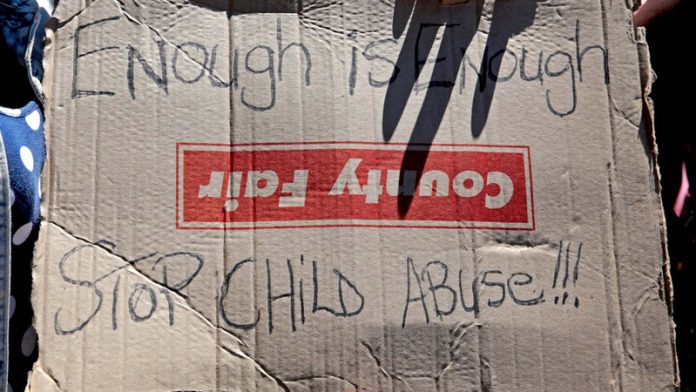 In South Africa, if you are a teacher who rapes a schoolchild, you are called a “sex pest” – not rapist, not criminal, not someone who abused your position of power and authority to assault a child.

Pest (noun): “A destructive insect or other animal that attacks crops, food, livestock, etcetera”, or “an annoying person or thing; a nuisance”.

It is the mosquito that keeps you awake at night, the mouse that somehow got into the pantry, the person at work who uses your favourite mug.

When I read the phrase “sex pest” in newspapers or on media posters, I am confused. In what way is the assault, harassment or rape of a person (usually a woman) the act of a pest?

A pest is an irritation. A person (often a man) harassing, assaulting or raping another person is a criminal. Are we making light of an act of violence and violation, even if “pest” takes up less space in a headline?

Here are some stories, published in newspapers, that I’ve come across in the past few months about “sex pests”:

According to rapecrisis.org, in 2011-2012 there were about 27 reported sexual assaults a day, but the reality is that most victims do not speak out – for fear of victimisation, further violence and shame, among many other reasons.

We continue to add to the problem when we, as the media and as citizens, do not recognise these perpetrators for what they are: if you have sexually harassed, assaulted, raped another person, violated their body without their consent, you are not a pest, you are a criminal.

The only way that “sex pest” could be appropriate is if we adopt its archaic use: pest comes from the Latin, pestis, which means plague.

In South Africa, we have a plague of sexual violence and abuse, and these acts are committed by sex offenders, violators, culprits, menaces, trespassers, criminals.

Men, get over the ‘monsters’ myth

You can’t beat discipline into a child