IBM cooks up thought for food 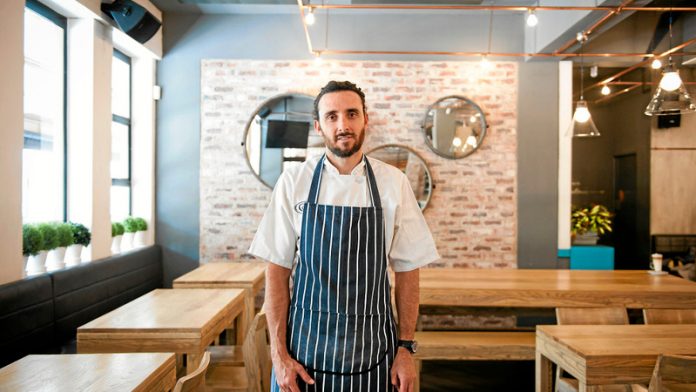 Porcini mushrooms and bacon, powdered and wrapped in a meringue. That was going to be the dessert for our three-course meal, designed by a computer.

But Thomas Hughes, the chef and a cofounder of the Griffin restaurant in Johannesburg, decided it might be a bit too adventurous for our first experience of “cognitive cooking”.

This is the latest application of Watson, created at IBM’s Thomas J Watson Research Centre in the United States.

It was programmed with tens of thousands of recipes to allow it to understand what people like, which foods can be paired and how to compose dishes, which also has to account for cultural preferences.

Cognitive cooking is an attempt to show that Watson’s artificial intelligence (AI) can be used and applied in “creative industries”.

Computer contestant
The computer, initially created to play against human contestants in the US quiz show Jeopardy! (which it won in 2011), comprises a cluster of 90 servers at IBM’s research centre, but its software and interface are accessed via cloud computing.

Watson, named after IBM’s first chief executive officer, can answer questions in natural language (rather than as maths), reason and “learn”, meaning that it assimilates the feedback it receives and uses that to improve its answers.

“What appears as a list of ingredients for a novel and flavourful meal is actually the result of a system that intelligently generates millions of ideas out of the quintillions of possibilities, and then predicts which ones are the most surprising and pleasant,” IBM says.

For the journalists and IBM representatives assembled at the Griffin on Wednesday, our introduction was a starter of Swiss-Thai asparagus quiche with wild rocket, pickled cucumber and a nam jim dressing (a Thai cooking sauce) – a surprising mixture of creamy egg, Emmental cheese, asparagus and disconcerting pickled cucumber, with an aftertaste of vanilla.

Lisa Rautenbach, IBM’s external communications manager, said there were three elements: choosing a main ingredient (in this case asparagus), the orientation of the meal (such as vegetarian) and then deciding “how original you want it to be”.

The asparagus quiche was as original as Watson could make it.

Against the grain
Hughes, who was responsible for doing the cooking, said preparing food according to Watson’s recipes went against everything he had been taught when training to become a chef. “It goes against the way we [chefs] are programmed with food. We’re trained to train our palates, and that was something to overcome.”

He has nearly two decades of international and local cooking experience and said making recipes from the US for a South African audience was also a challenge. IBM is a US multinational, the recipe ingredients default to ounces and pounds and “American” ingredients are used.

“I would love to see South African ingredients rather than working with American ones,” he said.

Hughes managed a slight South African flavour by using Karoo lamb as the main dish, but that was where any similarity ended. The lamb was encrusted with pine nuts and served with a goats’ cheese gnocchi, caponata (an Italian ratatouille, with capers, olives and gherkins) and a mint jel. Once again, the dish was surprising, with hints of unexpected flavours, but not at all unpleasant.

Dessert was blackberry and cherry cobbler with honey and buttermilk.

Desirable surprises
Shane Radford, IBM’s media and entertainment industry leader, said these surprises were what made Watson’s presence in the kitchen desirable.

“Humans have in-built constraints about what goes together and what doesn’t. Computers don’t have those constraints,” he said.

To date, Watson has been praised for its logical AI application, such as aiding call centres who provide customer care for healthcare services, but Rautenbach said cognitive cooking established a role for Watson in the “creative spaces”.

“It’s not about replacing humans” but augmenting what humans were capable of, said Rautenbach.

If you want to try Watson’s recipes, go to mg.co.za/watsonfood.