US Senate report confirms torture does not work 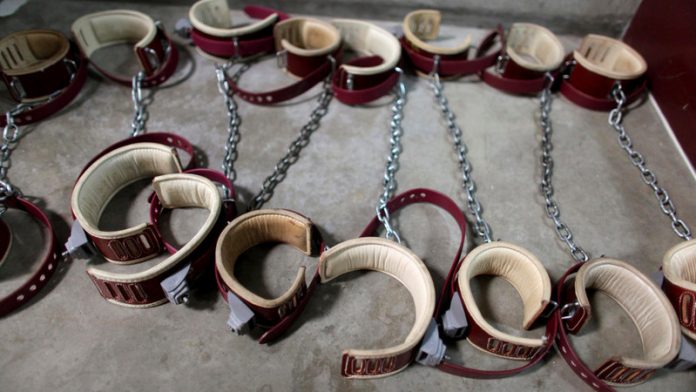 The Senate report on the CIA’s detention and interrogation programme represents the most authoritative and comprehensive finding since the United States launched its so-called “war on terror” more than 13 years ago that torture does not work.

That conclusion will be contested, mostly by former members of the George Bush administration and CIA officials involved in the programme. They have launched a public relations backlash to the finding. But the bulk and depth of the Senate intelligence committee report will make it much harder to win that argument.

The report finds that CIA detainees subjected to what were then called “enhanced interrogation techniques” either produced no intelligence, or they “fabricated information, resulting in faulty intelligence”. It says that the CIA’s own interrogators “assessed that the most effective method for acquiring intelligence from detainees, including from detainees the CIA considered to be the most ‘high-value’, was to confront the detainees with information already acquired by the intelligence community”.

“This is an authoritative conclusion,” said Philippe Sands, a law professor at University College London and the author of Torture Team, an account of how torture came to be used increasingly on al-Qaeda suspects in the wake of 9/11.

“The Senate intelligence commission has been looking into this for years. I know that they went into it with an open mind. Those who were engaged in the analysis followed the evidence. What it confirmed is what I was always told by US military psychologists: that torture produces information, but it does not produce reliable information.”

The Senate delivered a verdict on the debate over whether the torture of two senior al-Qaeda figures, Abu Zubaydah and Khalid Sheikh Mohammed, forced them to divulge intelligence that prevented further terrorist attacks and thereby saved lives.

They were subjected to waterboarding: 83 times in Zubaydah’s case and 183 times in Mohammed’s.

‘Phenomenal’ results
Defenders of waterboarding, which was declared to be torture by the Obama administration, claimed it led to concrete results.

They said that its use on Zubaydah led to Mohammed, the mastermind of the 9/11 attacks, and that the latter’s interrogation using waterboarding led to the location and killing of Osama bin Laden. Former vice-­president Dick Cheney claimed that the techniques produced “phenomenal” results.

The Senate report refutes the claims, which had already been denied by former interrogators at the heart of the post-9/11 manhunt.

In 2009, a former FBI agent, Ali Soufan, who had taken part in the interrogation of Zubaydah seven years earlier, said that all the useful intelligence came from traditional nonviolent questioning, and that waterboarding Zubaydah produced nothing further of value.

“Almost all the agency officials I worked with on these issues were good people who felt as I did about the use of enhanced techniques: it is un-American, ineffective and harmful to our national security,” Soufan wrote.

A former official from the US navy’s criminal investigative service, Mark Fallon, wrote on Monday: “As special agent in charge of the criminal investigation task force with investigators and intelligence personnel at Guantánamo Bay, Afghanistan and Iraq, I was privy to the information provided by Khalid Sheikh Mohammed. I was aware of no valuable information that came from waterboarding.”

The failure of the US military to corner Bin Laden at Tora Bora in Afghanistan at the end of 2001, and the al-Qaeda leader’s subsequent escape into Pakistan, led to a growing sense of urgency within the Bush administration.

The then head of CIA counter-terrorism, Cofer Black, said: “After 9/11, the gloves came off.” As the then defence secretary, Donald Rumsfeld, put pressure on the officers running the new Guantánamo Bay detention camp to come up with fast, actionable intelligence, traditional investigators like Soufan and Fallon were shouldered aside. The use of the “enhanced techniques” spread.

As another former navy interrogator, Mike Gelles, put it in Torture Team: “The problem is, once you take the dogs off the leash, you cannot put them back on.” – © Guardian News & Media 2014