EFF lays out strategies for growth 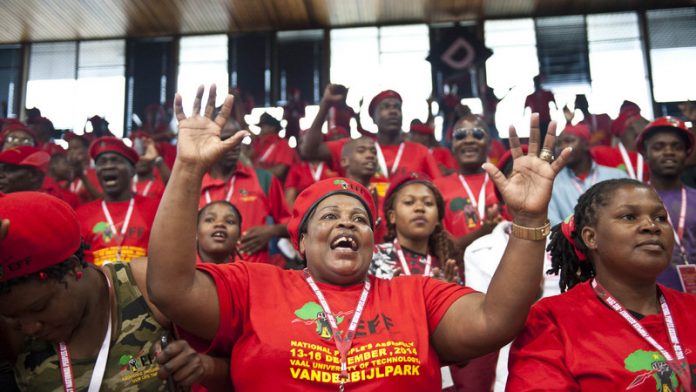 The commissions were closed to the media, but detailed report-backs on the commissions and discussions around the decisions made at the conference were open.

The EFF discussed its policy and some of the strategies it intends to use to garner more votes in the 2016 local elections and the 2019 national elections.

Below are some recommendations to the central command team by the representatives of the respective EFF commissions.

Media
The EFF called for the diversification of media ownership. George Nyakama presented the commission’s report and made the following points:

Justice and Correctional Services
Commissar Kgotso Morapela reported on the justice and correctional services commission. The recommendations were: l