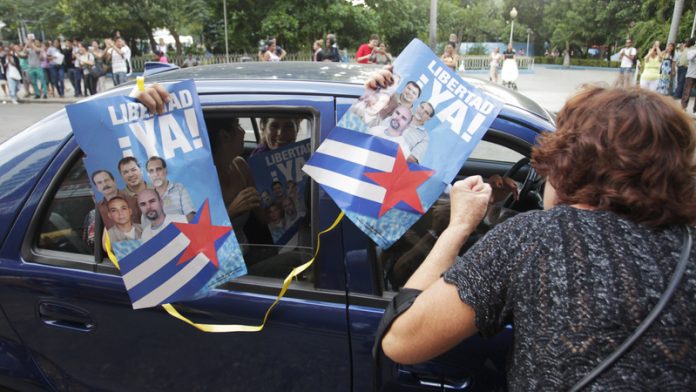 “The South African government welcomes the release of the remaining three of the Cuban Five, and the intention by the US to normalise diplomatic relations with Cuba,” the international relations and co-operation department said in a statement.

The so-called Cuban Five were intelligence officers imprisoned in the US. One was released in 2011, one earlier this year, and the remaining three on Wednesday this week.

Calls for release
The final release follows an agreement – announced the same day – between Obama and Cuban President Raul Castro to improve the relationship between their two countries. In its statement, the department said South Africa had consistently called for the release of the Cuban Five and the lifting of the trade embargo against Cuba.

“At the level of the government and the ruling party, the African National Congress, South Africa has used its fraternal relations with Cuba to facilitate dialogue with the US in a series of consultative meetings.”

It urged the US government “to move swiftly towards the normalisation of diplomatic relations with Cuba as announced by President Obama”.

Following Obama’s announcement, Castro has called on the US to end its more than five decades long trade embargo, which has caused enormous damage to the Cuban economy. The US cut economic and diplomatic ties with the Caribbean island state in the early 1960s.

US embassy in Cuba
On Wednesday the US announced a “historic” thaw in relations with Cuba, saying it would work to re-establish diplomatic ties with Havana and ease long-standing trade and travel sanctions.

Washington will re-establish an embassy in Havana “in the coming months”, a senior administration official said after a prisoner exchange between the two countries.

“The president also made clear his intent to pursue these policy changes but also to continue our advocacy for human rights in Cuba,” the officials said.

Pope’s central role
Pope Francis led a chorus of global plaudits for Wednesday’s breakthrough in US-Cuban relations, hailed as “historic” in Europe and South America and prompting celebrations on the streets of Havana.

In a personal coup for Pope Francis, it emerged that the Vatican had played a central role in bringing together the global capitalist superpower and the tiny communist island.

The Argentinian pontiff sent “warm congratulations” to the former arch-foes for overcoming “the difficulties which have marked their recent history”.

The Vatican said the pope had appealed to Obama and Castro to end the standoff, offering negotiators his offices in October, paving the way for “solutions acceptable to both parties”. – AFP, Sapa