The ANCWL is an obstacle to gender equality 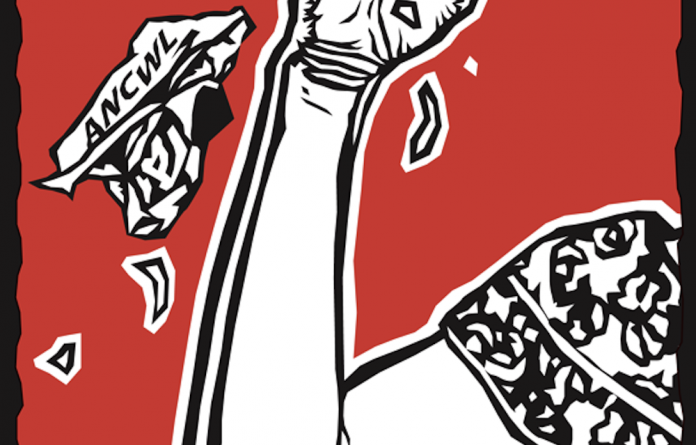 The ANC Women’s League must die. Its purpose in the ruling party and the country has become worthless to its constituency, the women of South Africa.

“The women’s league is letting us down because it has inadvertently passed a vote of no confidence in its own women,” said an ANC national executive committee member, a former ANC deputy secretary general and one of the country’s foremost gender activists, Thenjiwe Mtintso in 2012.

The topic was one of those the league likes to avoid – that is, putting up a candidate for the ruling party’s powerful positions of president, deputy president and secretary general.

When Dora Tamana, a member of the league and later a founding member of the Federation of South African Women, declared during a speech to a protesting crowd in Langa in 1953 that “we women will never carry these passes”, she became one of the outspoken women’s voices against apartheid laws. Together with men who supported their cause, women across South Africa challenged the government of prime minister DF Malan and the minister of native affairs, Hendrik Verwoerd, on the pass laws that tightened influx control in urban areas.

For a good part of the 1950s, women played a major role in resisting apartheid, especially in the Defiance Campaign. The most memorable instance of women’s protest was the 1956 march to the seat of government in Pretoria, which catapulted the matter to an international stage, gaining sympathy from many countries. Women such as Lilian Ngoyi, Helen Joseph, Rahima Moosa and Sophie Williams de Bruyn were the main organisers. They took Verwoerd head-on, in an environment that could have posed a risk to their lives and those of their loved ones.

These women, and many others, brought to life the Setswana idiom Mmangwana o tshwara thipa ka fa bogaleng, which can be translated as “A mother holds a knife by its sharpest part, the blade”. Its meaning is that a mother will do anything in her power to protect her children from danger.

Fast forward to the women’s league of today, and the type of activism seen in the 1950s is almost nonexistent. Women in the ANC have become cheerleaders for male leaders and do little to advance their own cause.

Just less than a year ago, the league was insufficiently confident to nominate a female candidate for the ANC’s, and ultimately South Africa’s, presidency. They were not ready, they said. It took a man – President Jacob Zuma – to make the country’s biggest women’s organisation realise that there could well be a leader among them fit to lead South Africa.

Not for long, though, because after its policy conference this past week the league backtracked, disowning any form of debate about a possible woman leader in the near future.

It’s a trend that has been creeping in from as far back as the 1990s. When Winnie Madikizela-Mandela accepted a nomination from the floor for the position of deputy presidency at the Mahikeng congress of 1997, she failed to get support even from the women’s league of which she was then leader. Zuma was elected deputy president.

She was denied the chance to consult party structures on the nomination, prompting her to withdraw. “Comrade Thabo,” she said to Thabo Mbeki, then deputy president, “I think I do understand what is happening” – though she did not elaborate.

Some say the lack of support for Madikizela-Mandela, one of the most popular figures in the ANC then, was the result of a concerted effort to keep a woman out of that position. The league’s silence at that moment could have aided that agenda. In 2007, at the ANC’s Polokwane conference, the league again supported Zuma for the ANC presidency, despite proposals to field a female alternative.

For two decades now, the league has held women back in the name of respecting ANC traditions and processes. Now it is brave enough to face South Africans and say it needs to “negotiate” its way to having women in top powerful positions. This is the same women’s league that unashamedly faces television cameras to say it accepts that the ANC is part of the patriarchal society that is South Africa.

Should it not be the league’s challenge to ensure that patriarchy is kicked to the curb? It has been comfortable with less powerful positions in the party’s top six: deputy secretary general, starting with Cheryl Carolus and moving on to Mtintso, Sankie Mthembi-Mahanyele, Thandi Modise and now Jessie Duarte, as well as the role of national chairperson, which was first occupied by a woman when Baleka Mbete was elected to the post at Polokwane. This is appalling.

“It’s not like in the ANC these men are ready to lose their power,” said league president Angie Motshekga after this past week’s policy conference. “So you have to negotiate your way through to get to the tipping point.” The league’s secretary general, Sisisi Tolashe, backed this stance, calling for patience “because we are operating in a patriarchal society and ANC is part of that patriarchy”.

Little consolation for those who believe women – inside and outside the ANC – are capable of playing on the same field with men. It’s misplaced for the league to worry about men who are not ready to relinquish power, and how such men are likely to deal with that loss of power to women. The league’s concern should be forcing those chauvinistic men to share power with women.

When the league said it had full confidence in the ability of its members to lead, and mentioned “two female deputy presidents that the organisation has produced”, one wondered if the promotion of Phumzile Mlambo-Ngcuka and Mbete was something to blow the league’s horn about.

The two former female deputy presidents – as good as they may have been – rose to those positions by chance and to fill positions left vacant by men: Mlambo-Ngquka replaced Zuma after he was sacked by Mbeki, and Mbete was a caretaker deputy president for seven months after Mbeki was recalled and Mlambo-Ngquka followed him in resigning. Neither of them competed for or were elected to those positions.

The time has come to talk about the election of women into powerful positions instead of being “promoted” to them. How about the league having its own leadership slates (a list of preferred leaders), instead of following men and settling for crumbs? Just in case the league hasn’t noticed, women make up just less than 55% of voters, clearly outnumbering men.

But it has become normal for women to be used to defuse factional battles, as when Mbeki started talking about a female deputy president because he wanted to push Zuma aside. Today, some in the ANC talk of a female president or deputy president in 2017, but only, it seems, because they want to elbow current deputy president and possible Zuma successor Cyril Ramaphosa out.

The silence with which the league met a 2012 proposal by North West ANC chairperson Supra Mahumapelo for a female deputy president was too loud. Granted, the proposal was not the best, and it deferred to Zuma as the decider (so, only when a man says so!) – but at least he tried. The league, once more, buried its head in the sand.

It is clear that the determination of the women marchers of 1956 has not filtered down to today’s generation of women’s league members and leaders.

“Don’t throw the baby out with the bathwater,” some say, as one ANC national executive committee member told me recently. They believe the problem is not with the institution but with its leadership. But what, one may ask, about the members who elected that leadership? Why do they accept so little?

There is a reason young women don’t join the league: it’s a skeleton in a green blouse that takes them nowhere.

What is happening in the league mirrors what happens everywhere in the world. Powerful democracies, such as the United States, are still struggling to affirm a woman as the country’s number one citizen. Women, who were acclaimed world leaders, such as the United Kingdom’s Margaret Thatcher and India’s Indira Gandhi, had to assume male characteristics to gain respect. Recently, though, leaders such as Germany’s Angela Merkel, Liberia’s Ellen Johnson-Sirleaf and Chile’s Michelle Bachelet have shown that a woman leader can be independent-minded without seeking affirmation from a patriarchal society.

So, why keep the women’s league if the ANC can cater for everyone in a competitive manner? Disbanding the league would free female ANC members to compete on the same level as their male counterparts, instead of settling for leftovers.

When the women’s league is really dead, maybe true gender equality will be achieved.

Bathabile’s back – as head of the housing board

‘Her banishment, our blessing’