It works for the boss to be a jerk 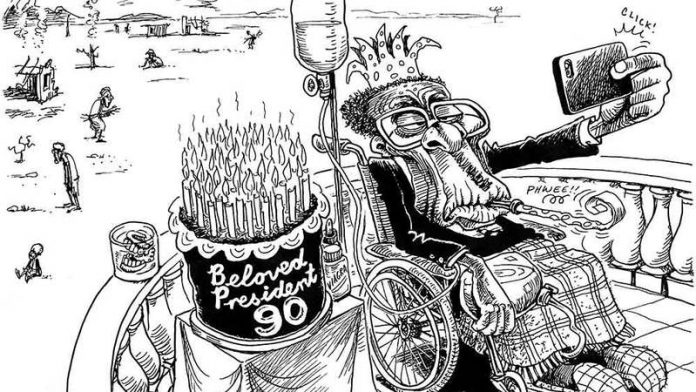 Looking for a narcissist in the workplace? It might be as easy as looking up on the company organogram.

Chances are pretty good that your boss has a whole lot of narcissistic traits. In fact, many people in leadership positions are narcissists, which can be a good thing in the short term, but might  have disastrous consequences in the long run.

“It is not surprising that narcissists become leaders,” noted Amy Brunell, an assistant professor in psychology at Ohio State University, in a study. “Narcissistic people are most likely to emerge as leaders. They like power, they are egotistical, and they are usually charming and extroverted.”

These are the same qualities that lead people to choose narcissists as their leaders.

“[Narcissists] are usually very good in short-term situations when meeting people for the first time,” wrote Peter Harms, an assistant professor of management at the University of Nebraska-Lincoln, when he published his research, “Narcissism and Leadership: Does it Work to be a Jerk?”

“But the impression they create quickly falls apart. You soon realise that they are nowhere near as good or as smart as they say they are.”

Because of the archetypal image of Narcissus, the Greek figure who fell in love with his own reflection in a pool of water, we have conflated narcissism with those people who are enamoured with their looks and check themselves out in any shiny surface. But narcissism in leaders is much more insidious.

“They can be preoccupied with thoughts and fantasies of their enormous success, power, attractiveness and intelligence,” Emily Grijalva, a psychology professor at the University of Illinois, wrote in the journal Personnel Psychology.

“They are addicted to others’ admiration. And, in the long run, they’re not very good at maintaining positive, interpersonal relationships with others.”

This is a major handicap in their ability to be effective leaders.

A study at the University of Amsterdam found that, because narcissist-leaders fixated on their own ideas, they did not encourage open communication, which was detrimental to the group as a whole.

The 150 participants were split into groups of three, with a person randomly assigned as group leader. They were asked to select a fictional candidate for a job and, although everyone could offer input, the  final decision was up to the leader.

Each participant was privy to some information about the candidates that the others weren’t, and the study found that the groups led by narcissists picked poorer job candidates.

But narcissists are often too self-involved to reach out for other opinions. “The narcissistic leaders had a very negative effect on performance,” Nevicka said. “They inhibited communication because of self-centredness and authoritarianism.”

But Harms says narcissism is a continuum: moderate levels of narcissism can allow leaders to have a “nice balance between having sufficient levels of self-confidence, but do not manifest the negative, antisocial aspects of narcissism that involve having to put others down to feel good about themselves”.

Research at the University of Southern California Marshall School of Business found that companies with narcissistic chief executives outperformed those of their less self-involved and egotistical counterparts. This is linked to a narcissist’s inflated ego and their increased appetite for risk.

Analysing the performance of 235 unique Fortune 500 companies, the researchers found that the companies of narcissistic chief executives had higher earnings-per-share and share prices.

It must be said, though, that the research methodology was somewhat dubious: they identified narcissists as those with larger annual report photos and whose companies had the greater discrepancies in employee benefits.

Sarah Wild is the science editor of the Mail & Guardian.

The sociopaths in suits

Could it be that those narcissistic traits are a sign of something deeper? The signs displayed by a sociopath can overlap with the traits of someone with narcissistic personality disorder.

According to the Mayo Clinic, a sociopath displays an overblown ego, a sense of superiority, persistently lies and engages in deceit to exploit others, lacks empathy, takes unnecessary risks and repeatedly violates the rights of others by dishonesty and misrepresentation.

Harvard Medical School-based psychologist Dr Martha Stout, who wrote the book The Sociopath Next Door, says four percent of the global population are sociopaths. Which just might mean that the narcissist in the office next door just might be something even worse. — M&G reporter

SuperSport has a chance to get it right

​Psych the metrics of your soul

'Psychometric tests are becoming more common in the workplace, and we at the ministry were asked to test them and make recommendations'
Read more
Opinion

Richard Poplak on a day in the life of a modern-day narcissist.
Read more
National

Marikana and the brand journalist

Gia Nicolaides was probably on the koppie more than any other reporter. So why is her book so disturbingly wanting, asks Kwanele Sosibo.
Read more
Friday

The I in writer: Meeting Geoff Dyer

When Hedley Twidle met his writerly idol, the 'I' reached its limit.
Read more
Advertising