The broken miracle of Marabastad 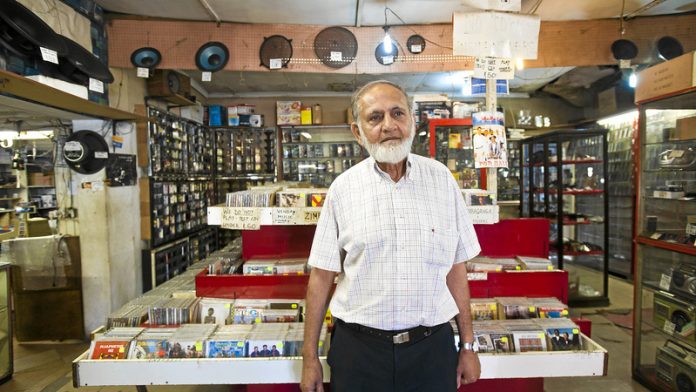 “I got attracted to this colourful place and vowed that one day I would return to run my own business, and I did”

The poignant story of the turbulent streets of Marabastad, on the northern outskirts of Pretoria, would be better left to the kleva (wiseguy) in two-tone shoes with his hat tilting jauntily over one eye.

For this is a story characterised by fear and ecstasy. Fear for the gangsters creeping and crawling in the gutter and the ecstasy of surviving Marabastad unscathed, living another day to tell the story.

The Hangewans (gunslingers), the Mafia (with even more guns) and the Malaita (bare-knuckle bullies) were always lurking in Marabastad, home to the alleyways community.

Marabastad’s story is also the story of Leslie Bue, the Chinese store owner of Makuloo Hopan Trading, and Omarjee Vally, the refined Indian gentleman behind the counter at Steve’s Record Centre.

The streets and alleyways leading to Makuloo Hopan are noisy with hooting minibus taxis, hawkers selling all sorts of paraphernalia, and sex workers – against the backdrop of the suffocating smell of urine.

A sign above the entrance to Makuloo Hopan tells a story of its own: “Non-white shop … This notice is displayed in accordance with the provisions of the shop hours ordinance, 1959.”

“In terms of this ordinance,” explains Bue, “my grandfather was barred from selling stuff to Europeans [whites]. It was actually funny each time he turned all these whiteys away.”

A black-and-white picture of Bue’s grandfather and grandmother, Win and Hanghye Son, hangs on the wall alongside a clock. It imparts a sense of place and time.

At 76, Bue, a member of the third generation of the Makuloo Hopan brand family tree, has a remarkably sharp mind.

The first thing he wanted to know was whether the Mail & Guardian team worked at the same newspaper as respected arts journalist Darryl Accone, a veteran of Marabastad in his own right.

Remnants of the old Pretoria Sundowns remain, among them Ingle Singh, the man who founded Sundowns and then Pretoria City FC, the forerunner of SuperSport United, which is now under the mentorship of Gordon Igesund.

Makuloo Hopan is one of the few surviving trading stores from that era, selling everything from paraffin lamps to sacramental wine.

We, that is the scribe and photo-grapher Delwyn Verasamy, deliberately brought along Marabastad old-timer Bra Oupa “Satch” Lebelwane, complete with two-tone shoes and a white straw hat with a black band, on our recent visit to the area.

Lebelwane entered the premises of the Makuloo Hopan store – which was packed with displays of, among other items, cowbells and whips of many shapes – with a chuckle.

“You know I got into trouble with my mother back home in Mamelodi after forgetting to buy her a Primus [paraffin] stove needle right here at Makuloo Hopan,” Lebelwane says. “That night we went to bed without food!”

Around the corner the photographer’s camera clicks, with the lens zooming in to the exposed thighs of a few sex workers.

The women shout back furiously, threatening to set thugs on us.

From the red-light district, so to speak, we arrive at Steve’s Record Centre, on the very busy Jerusalem Street.

To the uninitiated, a “record” was a vinyl disc of recorded music blaring from a music player called a gramophone. That was then.

Lebelwane reminds us: “To be smart in the Marabastad of yore, you had to always touch base with Steve’s Record Centre.”

Inside the music store, he flips through dozens of CDs on the jazz shelves. There is a spark in the man’s eyes as he picks up Zakes Nkosi’s Our Kind of Jazz and Ella Fitzgerald’s Ella Hums the Blues.

Lebelwane then engages in a discussion with Omarjee Vally about the buying trends of the present-day Marabastad music collector, compared with the good ol’ days.

Vally narrows his eyes: “Remember, Bra Satch, Pretoria has always been the bedrock of jazz, both the old swing and the avant-garde. Nothing much has changed, except that the new kleva is more into free jazz [of the avant-garde variety]. But still from time to time a familiar face arrives looking for, say, Glenn Miller.”

Walking from one street to the next, Lebelwane explained how many of the klevas never felt vulnerable in the dangerous alleyways of Marabastad.

“The gangsters and we, the klevas, were familiar with each other, because after the movies, we used to mingle at shebeens like Thirty-Nine Steps,” Lebelwane explained.

Alas, the site of the old Thirty-Nine Steps, and also the Royal Cinema, is now a taxi rank.

But the Orient Cinema still has pride of place on Boom Street, although the building has since been partitioned into smaller shops, rented out mostly to foreign traders from elsewhere in Africa.

Asked whether he still feels safe in the streets of present-day Marabastad, Lebelwane tilts his straw hat over one eye, mumbling: “But I hardly know a single soul in this Marabastad of today.”

Perhaps it is relevant to bring York Outfitters owner Harry Ramjee into the picture: “The Indian people [from Laudium] don’t come to Marabastad any more. The coloured people [from Eersterus] don’t come. Even folks from Mamelodi and Atteridgeville [black people] don’t come. Our new clientele is African migrants.”

Ramjee spoke to us with spectacles hanging from a string around his neck, a pen tucked behind one ear and a broad smile, to complete what struck one as being a remarkable imitation of the posture of the Marabastad trader of yesteryear. But the man refused to have his picture taken.

Fortunately Ramjee agreed to an interview, in the process helping us to identify old ecumenical buildings such as the abandoned one opposite his shop on Boom Street.

The building, which looked like a mosque, was not necessarily an Islamic shrine, according to Ramjee.

“The shrine was neither of the Islamic nor the Hindu faith. It was an independent movement spearheaded by a Canadian named Aga Khan [of the Ismaili Islamic sect].”

Around the corner on Grand Street, Khashmiri Restaurant, the mutton curry specialist of yesteryear, still has pride of place. But the place has since been transformed into a wholesale atchar outlet.

Abram Thabo (32) sells fruit and other items opposite the Khashmiri wholesalers.

Memories of Makuloo Hopan’s colour-bar laws circa 1959 flood back when Thabo, speaking with a lump in his throat, laments the alleged harassment of hawkers by the authorities of today.

“They always come here and confiscate our [the hawkers’] stock, issue a ticket [fine] and say we have to pay and collect our stock at the offices,” Thabo says. “But I tell you, the clerks at the offices always say they know nothing about our confiscated stock.”

On a lighter note, Thabo says his first impression of Marabastad was at the age of nine, when he came shopping with his parents.

“I just got attracted to this colourful place and vowed that one day I would return to run my own business, and I did.”

From Grand Street the cameras become trained on the brightly decorated Mariammen Temple, the oldest Hindu temple in Pretoria, which stands out like a jewel in the slum that is Marabastad.

Back on Boom Street, shop owner Ramjee tells us that the temple still attracts worshippers.

At the time of our visit, the shrine looked unoccupied but somehow still managed to tell its own story: of a turbulent Marabastad but also one steeped in history.

Johnny Masilela has written widely about Marabastad in, among other titles, his novel We Shall Not Weep (Kwela Books) and A Glimpse into Marabastad (Leopardstone Press).