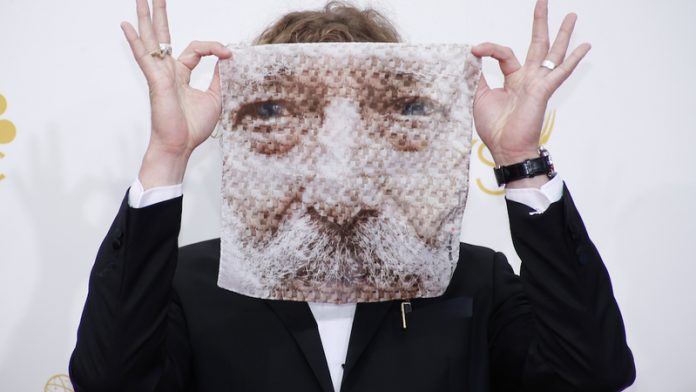 The television industry in 2014 might not have given us anything radically new, but we did see some pre-existing trends start to crystallise.

One of these trends was the continued injection of money and talent from the film industry: whether it took the form of Matthew McConaughey’s volcanic acting talents, the painstaking direction of Steven Soderbergh, or the storytelling prowess of the Coen brothers.

Another trend was technology, which – for television – was simultaneously a means of experimentation and a target of critique. In the end, these were my favourite new shows of the year, all due to come back for their second run this year.

1. TRUE DETECTIVE
When I reviewed True Detective last year, I predicted that it would probably be considered one of the best new TV series of 2014. I think that judgement mostly holds up, even though the final episode caused the series to lose some of its lustre.

That last act resolved too many obstacles with implausible speed, and left too many important questions unanswered. But all of this is relative. It’s unfortunate that True Detective couldn’t quite stick the landing, but it was still so very good in so many ways, that it’s an obvious contender for best TV show of the year.

This Southern gothic horror story was sprawling, brilliantly written, and profoundly ambitious. It featured two of the best actors ever to appear on television, both at the absolute height of their powers. If you haven’t yet seen it, then I’m actually rather envious: my advice is to free up a weekend and binge-watch the series in its entirety.

Currently in production, the detective series’s second season, due for release this year, will feature a new location and a new cast: Colin Farrell, Vince Vaughn and Rachel McAdams. It will be screened locally on M-Net Edge.

2. THE KNICK
When it first arrived on South African TV, The Knick seemed like a series that was easier to admire than to love. Set in a fantastically detailed reproduction of 19th-century New York, and featuring the acting talent of Clive Owen and the directorial acumen of Steven Soderbergh, this medical drama featured production values that can only be described as immaculate.

However, it initially felt emotionally cold: the characters seemed distant, and the racial politics of the series felt stilted and artificial.

But as it progressed, The Knick rewarded viewers who had the patience to see it through. Slowly – and almost strategically – the series began to reveal its secrets and pull viewers into its world. But it never strayed toward the saccharine, and it never shied away from the horrible social and medical realities of its era. The result is an unflinchingly brutal hospital drama.

The Knick has been picked up for a second season, and it will likely be screened on M-Net soon after its international release.

3. TRANSPARENT
One of the more important trends in television of the past two years has been the entry of tech companies into the industry. Netflix has charmed audiences with Orange Is The New Black, and HBO is transforming itself into an internet streaming company. The latest arrival is Amazon, which released a slew of original series this year.

These new productions have not been universally good: both Amazon and Netflix are free from many of the constraints of traditional television, which in some cases has given them the freedom to fail spectacularly. But the trend has also produced some wonderful critical gems, such as Transparent, a family drama in which the patriarch (Jeffrey Tambor, aka George Bluth Senior from Arrested Development) comes out as transgendered.

It was weird, poignant, and frequently hilarious. It can’t come to South African screens soon enough.

Cast and crew pose during Amazon’s premiere screening of the TV series ‘Transparent’ at the Ace Hotel in downtown Los Angeles, California.

For now, Transparent requires an Amazon Prime Instant Video subscription, which is currently not available in South Africa. Adventurous viewers can make use of services such as UnoTelly to circumvent region restrictions, but it requires an additional subscription fee.

4. FARGO
Who would have guessed, 10 months ago, that an adaptation of the inimitable 1996 Coen brothers film would end up being one of the best new television shows of the year? Yet this is precisely what happened.

Like its filmic ancestor, Fargo carefully straddles the line between the comedic and the macabre. It also features two freakishly good performances from its leads. Martin Freeman plays a unctuous insurance salesman, whose life changes radically when he meets a hitman, portrayed with sinister gravitas by Billy Bob Thornton.

Their chance encounter sets off a bizarre chain of events, and results in a great many people being killed. Fargo shares the Coen brothers’ signature obsession with the capacity for evil in ordinary people, but it also manages to be darkly funny.

This central incongruity is all the more disconcerting because the series is set in rural and snowy Minnesota, so all the characters speak with odd accents, and it feels like everyone ought to be friendly and polite all the time. Spoiler: they aren’t.

The second season of Fargo has been confirmed for this year, but will be set in an earlier time period with a different cast. It will be shown in South Africa on M-Net.

5. SILICON VALLEY
There were several television shows in 2014 that dealt with computers and the technology. (AMC’s retro-chic Halt and Catch Fire was another notable example of the trend.) But the best entrant in this mini-genre was HBO’s Silicon Valley, a perfectly realised deconstruction of the tech industry that also managed to be the best comedy series of the year.

What Girls did for underemployed New York hipsters, Silicon Valley does for aspirant tech entrepreneurs. It captures the zeitgeist of a town where billionaires are everywhere, giving out TED Talks and boasting about changing the world – and all the while, an underclass of programmers chase after venture capitalists and dream of being the next WhatsApp guys.

Perhaps the current tech boom, like the one that that preceded it, will turn out to be an illusory bubble, and will collapse in on itself. If so, we’ll probably re-watch Silicon Valley and reflect that we should have seen it coming.

Silicon Valley’s second season will air this year, and will be screened locally on M-Net Edge.

In this week’s Friday, we list the most promising television shows hitting the small screen this year.

Laurence Caromba
Laurence Caromba works from Pretoria, South Africa. I teach International Studies at Monash SA. I tweet about culture, politics, technology, foreign affairs & anything else that interests me. Views my own. Laurence Caromba has over 165 followers on Twitter.
Facebook
Twitter
WhatsApp
Linkedin
Email
Telegram

SABC’s censorship of news recalls the days of apartheid

Controlling what TV viewers may see is not in the best interests of the South African public nor the rest of Southern Africa, argues Bheki Makhubu.
Read more
Analysis

From Rapulana Seiphemo being hospitalised after a car crash to Ifani and Cassper Nyovest doing some good, we round up the news that had us talking.
Read more
Advertising
Continue to the category
Opinion