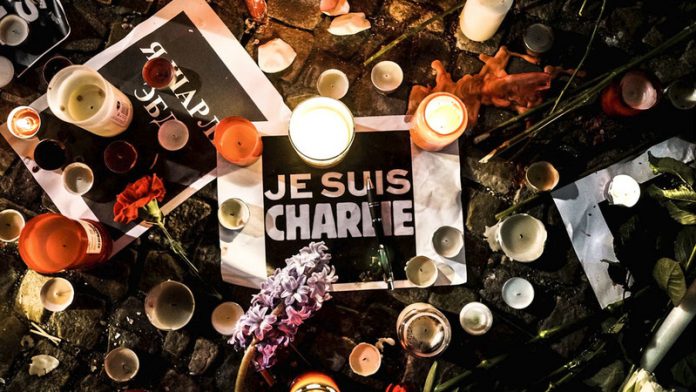 The reams and terabytes of commentary about the Charlie Hebdo atrocity have, much like the circumstances of the attack itself, veered wildly between polarised opinions. There are those who feel that the victims – including the building maintenance man, presumably – deserved it, because of the aggressively insulting nature of some of the magazine’s content. Then there are those who feel that freedom of speech should have no limits, an equally irrational view.

Key to these views is the idea that belief in God and advocating freedom of speech are the same thing and should be subject to the same protections. On Twitter, the platform where In My Humble Opinion is a four-letter word, and where asinine has become a 140-character sentence, someone tweeted that it was ironic that those who proclaim that there should be no sacred cows also insist that freedom of speech is sacred.

It’s a mistaken conflation of religion and free speech, and a fundamental misunderstanding of the latter. The difference between God (any God, they’re all pretty much the same) and free speech is that the one relies on an authoritarian transmission of unquestionable law, and the other on a negotiated and ever-fluid interpretation of a democratically arrived-at consensus.

There are, and always have been, Jews, Muslims and Christians who question accepted doctrine. And that’s why we have thousands and thousands of Christian denominations, because every one of them is the one true church.

If you disagree with your denomination’s particular Word of God, start another true church. It is said that Prophet Muhammad prophesied that there would be 73 sects of Islam, and that only the one he belonged to would escape the hellfire.

It’s different with freedom of speech: it is not an absolute, and neither is it an imaginary construct. You don’t believe in freedom of speech; it’s an actual, real thing that differs markedly from country to country, culture to culture, and that has ever-evolving limitations. It’s not entirely a Western construct either, despite attempts to trademark it as such by both detractors and proponents.

Free speech is governed by laws, and its parameters change all the time. In this regard, rightwingers are like religious fundamentalists, in that they believe that free speech is like God: if it exists, then it must be absolute and unquestionable. There’s a distinct similarity in thinking (I use the word loosely) between the killers of the Charlie Hebdo 12 and people who complain that their human rights are violated when news sites delete their hate speech from comments boards.

The essential strength of free speech is this room for negotiated meaning. Flemming Rose, the Danish editor responsible for publishing the Muhammad cartoons in 2005, sees scepticism as “the core strength of secular democracies, which are founded on the idea that there is no monopoly on truth”.

And yet, the irony is that religions, those enablers of so much evil in the world, are also among the most beautiful of humanity’s creations. As ways of imposing a necessary understanding on the world, they are arguably without peer. But the great religions are termed monotheistic for a reason, and they are not inherently tolerant of difference. This is why freedom of speech is necessary. As Rose puts it: “Tolerance and freedom of speech reinforce one another. Free speech makes sense only in a society that exercises great tolerance of those with whom it disagrees.”

So although it’s a brutally short distance between a satirical bon mot and a suicide bomber, it’s an arduous, never-ending journey to achieve tolerance and equality.

True equality would be if everyone were exactly the same, the dream of religious fundamentalists everywhere. But free speech isn’t about that sort of equality. It’s about the tolerance of difference, a tolerance alien to most religious thoughts – and anathema to the killers of the 12 Charlie Hebdo victims.