The wheels are coming off Eskom’s ‘skorokoro’ 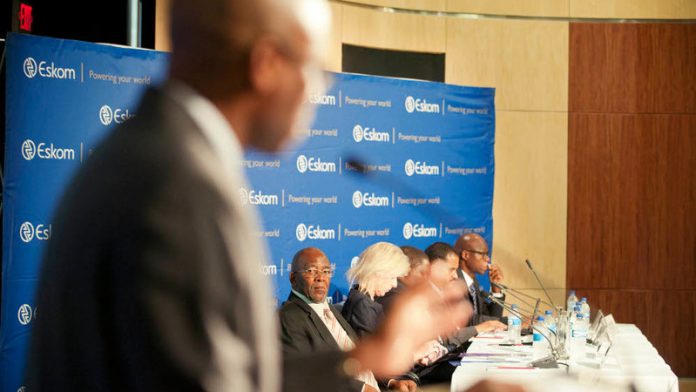 Eskom reached for several car analogies – and inadvertent anthropomorphism – to explain that its fleet of generators will be punishing South Africa for the foreseeable future for the country’s failure to treat them with due care and concern.

“Eskom is about maintenance. Eskom has a maintenance philosophy of the company. It is like a religion,” the Eskom chief executive, Tshediso Matona, said during a “state of the system” briefing on Thursday – though in a slip of the tongue he described it as “the state of the nation”.

“The only problem is that Eskom has not stayed faithful to that maintenance religion. It has not, for a very, very long time. And I think the unreliability of our equipment is the price we are paying.”

Matona said Eskom was being forced to abandon a strategy of keeping on the lights at all costs to being willing to take generators offline for extended maintenance when necessary. That would mean blackouts, even at weekends when demand for electricity was low.

Unplanned maintenance and break­downs have been blamed for the most recent spate of blackouts.

Asked exactly when maintenance was allowed to slip – and why – he said he did not know, but he had heard it said at Eskom that elections and the World Cup were given as reasons for running the equipment beyond its limits.

Thava Govender, a member of Eskom’s group executive, said “the World Cup played a big role. If the lights had gone out during the World Cup, the country would be a totally different country than it is today.”

Asked why Eskom was only now coming to the realisation that maintenance was important, the utility’s chairperson, Zola Tsotsi, said the board had, in fact, decided in April 2013 to prioritise maintenance.

He did not explain why that had not happened.

Matona said the utility had a world-class maintenance schedule, but it had not been implemented for a number years (how many, he could not say), even after the 2008 energy crisis and in spite of allocations in the budget for it.

With Eskom not staying “faithful to its maintenance religion” and, like the ill-maintained car that would leave its owner stranded, Eskom now faced a “backlash” from its equipment.

The company said it would seek to mitigate the effect of power cuts, but was vague about details. It would discuss the amount of diesel being used in the open-cycle gas turbines with the energy regulators and discuss its plans with the government.

But Matona said the public could expect load-shedding on most days in the near future, implying that there was little that could be done.

The utility’s managers would not say what had been discussed with Deputy President Cyril Ramaphosa, who met Eskom executives and board members on Thursday morning.

Matona said Ramaphosa came to get a feel for what went on in the “war room”.

Reflecting on his visit, Matona said: “The deputy president referred to us as a ‘glorious company’. That’s what I believe and what I think our employees believe. And, indeed, that’s what South Africans believe about Eskom, and that is why there is such grave concern about the situation we find ourselves in.”