Equatorial Guinea snores through the Afcon 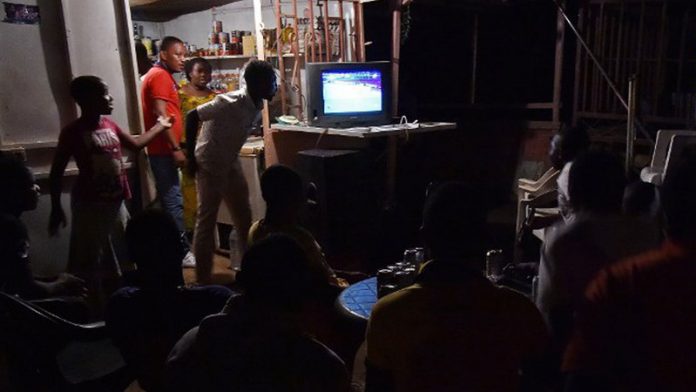 The match between the two Congos was the one I really wanted to see, but it was being played on the mainland in Bata and I’m in Malabo, on Bioko Island, a 45-minute flight separating the country’s two main stadiums.

The next best thing to do is find a local bar and enjoy the ambience as Equatoguineans enjoy a Saturday night basking in the continental spotlight.

Step number one on the road to sharing football happiness is getting out of my hotel. The accommodation is good but most of the other guests are American oil workers who don’t seem to be aware that the Afcon is happening around them.

The receptionist understands what I want and directs me to the Elefante Bar, just down the road, where she assures me there’ll be a local crowd watching the game.

I’m very excited at this point.

The Elefante looks promising from a distance – a Maponya Mall-sized ceramic elephant in the parking lot promises, well, something. Inside a couple of old guys are watching Nollywood movies. The Senegalese bartender offers to change the channel for me, but I’d rather not upset her small but loyal clientele. She understands and directs me to a Sierra Leonean-run bar down the street where she promises I’ll find the ambience I’m looking for.

The Paraiso Bar & Restaurant has a mirror ball, disco lights, Mariano, a Beninois bartender and Ursulla, the Sierra Leonian patron, who are both watching a Nigerian preacher on the widescreen TV. That’s it, that’s all. The quarter finals are about to start and nobody in Malabo appears to be interested.

She offers to switch to Supersport and promises me the place will fill up soon. I felt sorry for her and decided to order a beer, and wait to see what happens.

Meanwhile in Bata, the stadium looked barely a tenth full at opening kick off, and the few fans who were there, dressed in Equatorial Guinea colours, were obviously there waiting for the later game, which pits their national team against Tunisia.

Congo-Brazzaville coach Claude LeRoy’s hair was probably the most exciting thing to watch during the first half. Ursulla picked up on my fading interest and told me, in great detail, about her husband’s recent illness, adding, for topical interest, that he had helped build the stadium in Bata.

At half time, Ursulla started snoring. She wouldn’t regain consciousness until the game had ended, and what a game it turned out to be.

I have sound reasons for supporting the DR Congo and it wasn’t looking good early on in the second half with Congo-B taking a two-nil lead. The Supersport commentators had repeated many times that “these two teams don’t score many goals against each other.” Half an hour later it looked like it was sure victory for my guys, Congo-Kinshasa was ahead 4 to 2.

The excitement wasn’t enough to either wake up Ursulla or convince Mariano to stick around – he went off into the dining room to watch Disney’s Chipmunks movie on another TV.

And then another customer walked in – Peter, a Scottish oil worker, greeted me with a warm smile and announced that Manchester City were playing Chelsea, so could we change channels? I sincerely do not believe he registered that I was watching a football match at the time. Fortunately, for me in any case, I convinced Peter that what was on the screen was worth taking a look at.

He checked his phone while DRC goalkeeper Kidiaba bounced around the pitch on his bum celebrating one of the most remarkable turnaround victories ever in the history of the national team.

Can we put on Man City now?

Time to change venues. It’s dark now and Malabo is not the best place to walk around at night – it’s the security forces one watches out for. Back at the hotel, the bar TV is tuned to the local channel that will be covering the match between EG and Tunisia, and there’s one local bravely attempting to follow the commentary while a gaggle of oil workers speak loudly into their cell phones – their main worry, it seems, that the continued drop in the price of crude means they’ll be out of work soon.

It’s too depressing. Time for another venue change. As I wrap this up, I’ve found a Lebanese pizzeria where locals have gathered, in modest numbers, to see their team play.

The next round of quarter final games happens here at Malabo stadium. I’ll be there. And later in the week I’ll head to Bata to support the Congolese Leopards in person, when they take on either Côte d’Ivoire or Algeria in the semi-finals.

David L. Smith is in Equatorial Guinea checking out the atmosphere around Afcon and meeting interesting locals.