Zuma has a bad story to tell 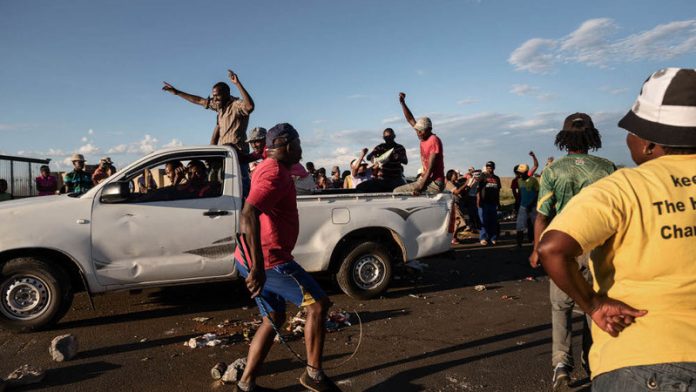 The ANC has, for the first time, said it may have sold voters empty promises in 2014 and cannot deliver what it pledged to achieve under President Jacob Zuma.

The acknowledgement that it failed to walk the talk, particularly on infrastructure development, is contained in a frank report by the presidential infrastructure co-ordinating commission (PICC) tabled by Economic Development Minister Ebrahim Patel at the ANC’s lekgotla last week. It comes ahead of Zuma’s eighth state of the nation address to a joint sitting of Parliament on Thursday night.

Titled Report on Implementation of ANC Commitments, it comes when the president has only four years of his second and last term as head of state left. There are concerns in the ANC that these delivery challenges could taint Zuma’s legacy and damage the party’s electoral strength at next year’s local government election.

The ANC’s admission of its difficulty in fulfilling promises comes as Zuma’s administration faces sluggish economic growth at home and in the world economy, a stubborn unemployment rate, declining tax revenues and rising debt. Service delivery protests, such as this week’s in Majakaneng, North West, and in Mohlakeng, Gauteng, are re-emerging; the patience of ANC voters is wearing thin, at least in metro areas where the ANC lost considerable support in last year’s election.

National executive committee (NEC) members at the lekgotla discussed the possibility of voters realising the ANC had not delivered on its promises and mulled over how the party could try to appease them, according to senior party leaders who attended the three-day meeting.

Infrastructure development
The ANC had promised voters there would be a major infrastructure development programme after Zuma took over as president. He pledged better and efficient services as the core of his domestic policy, but corruption and wasteful expenditure – as contained in numerous auditor general reports – and the inability to spend budget allocations, has continued to bog down his administration’s ability to implement its priorities.

Under the headline What is Not Working, the commission said government’s limited planning hadn’t cost the state a fortune; it had delayed the completion of many projects.

“Delays and poor planning result in cost overruns, which pushes up the overall funding needs of infrastructure,” the report says. A stark example of the disastrous consequences of poor planning were “squabbles” over the size of a water pipe into Lephalale in Limpopo.

“After two years of bureaucratic squabbling, the matter is still not resolved; it will impact on coal delivery to Eskom plants in Mpumalanga, water for Medupi’s last two units and on access to water for communities in Limpopo,” the report says.

It added that “the new project pipeline is moving slowly or freezing up during the transition, which impacts on manifesto commitments”.

Patel could not be reached for comment and ANC secretary general Gwede Mantashe refused to answer questions on infrastructure development. The state of government planning is so dire that the PICC has recommended the establishment of a “new capacity” in the state where “technical expertise can reside”.

New capacity
Although the report did not spell out what form this new capacity would take, it said it would be a platform for specialists such as engineers, planners, procurement experts, lawyers and financial planners to assist the government. They would approve proper plans for government.

“Such capacity will allow the state to evaluate plans submitted by state-owned entities, departments, provinces and municipalities and help ensure they are capable of effective implementation, properly scoped and costed and have proper implementation and maintenance plans in place”.

Apart from poor planning, the grim energy situation and its negative consequences on the economy are hard for the ANC to ignore. More than 50% (eight of the 13 plants) of Eskom’s fleet are older than 30 years, the report notes. “The energy challenge has led to load-shedding, economic loss and citizen and investor uncertainty. It’s impacting on infrastructure targets.”

On the Medupi power station, the report said, although the construction of unit six of Medupi was now complete, the synchronising of the unit has “hit technical problems”, which has meant that two deadlines in December 2014 and in January this year were missed.

An ANC NEC member, who spoke to the Mail & Guardian this week on condition of anonymity because he was not mandated to speak for the party, said the lekgotla had recommended Zuma crack the whip on government departments seen to be performing poorly and contributing to the delay in rolling out infrastructure. “We said government must continue mitigating against all those risks and departments not doing well should be pressurised by the president,” he said.

The ANC will contrast Zuma’s administration with that of his predecessors, Nelson Mandela and Thabo Mbeki. The message will be that Zuma has performed better in developing infrastructure than those he succeeded.

“It’s for the first time in South Africa that there is so much focus on infrastructure development and it’s a huge task for the government. If you compare Mbeki with Zuma, honestly Zuma did much more. It was as a result of a tight financial situation that many other things could not be done,” said the NEC member.

Even though there was an acknow–ledgement that Zuma’s administration would leave office with many unfulfilled promises, he would not be alone. The same had happened with Mandela’s and Mbeki’s administrations, the NEC member said.

“In fact, under Mandela we failed to meet RDP promises. Under Mbeki the economy did well, but we still lagged behind with service delivery. His [Mbeki’s] success was more on the first economy.”

“At this rate we will not meet the manifesto target,” the commission said. Even with the planned refurbishment of health facilities in National Health Insurance districts, the report cautioned that “there is a high risk that that target may not be met in the four years remaining”.

Another embarrassment is, although Zuma launched the De Hoop Dam, near Burgersfort, with fanfare on the eve of last year’s elections, it is yet to benefit residents of several Limpopo villages.

“The lack of planning and weak execution at different levels of government is delaying the water supply to communities; this will become a major flashpoint in future if not addressed with speed and urgency.”

Only in education does the ANC hold out cautious hope it might fulfil its pledges. With a promise of 1?000 new schools, government has completed 89 in the nine months to December last year.

‘Major improvement’
“This is a major improvement in the rate of school building in the previous year. We are currently projecting the DBE [department of basic education] can meet its target over five years if the pace is maintained,” the report says.

The PICC is chaired by Zuma and is seen as his pet project. It was launched in September 2011 and featured prominently in Zuma’s state of the nation address in 2012.

“The infrastructure plan will be driven and overseen by the PICC, bringing together ministers, premiers and metro mayors under the president’s and deputy president’s leadership,” Zuma said at the time.

In his state of the nation address a year later, Zuma vowed to “fast-track many of the projects that the PICC has announced” but at the same time admitted there needed to be better planning and co-ordination.