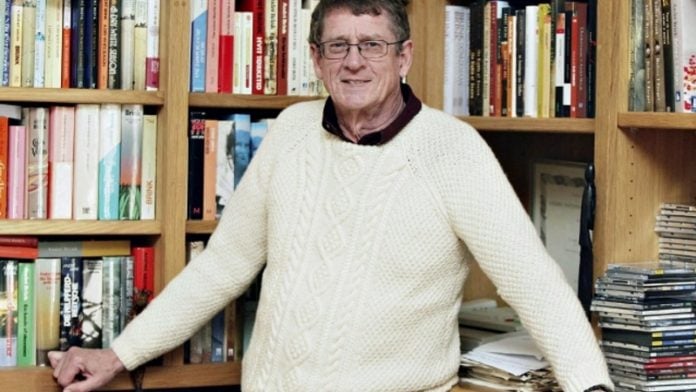 Philida is a charming and easy read; a romantic novel about a slave woman, it is set at the time of the emancipation of all slaves in the Cape Colony in 1834. Unfortunately, it was not too carefully finished off. Brink had long been familiar with the slave history of the Cape Colony – see his novels such as A Chain of Voices (1982) – and in his acknowledgements he gave an excellent set of references that would be well worth following up, indicating that he had added fresh research to his extensive experience.

Here we have another in the great tradition of the plaasroman (farm novel), which has such a special place in both English and Afrikaans literature. It is not only Philida’s life that we see, but also the whole farm and the district of Worcester. This dorp had recently been elevated from a coach stop on the way to the Karoo to the seat of the magistracy, which was moved there from Tulbagh.

Brink recreated this era with his old skill undiminished, and with many beautiful passages evoking the natural world and the special flavour of the rich old wine farms. The British had been governing for about three decades and there were many unsettling changes – indentured labourers, dispossessed Khoi and soon-to-be-free slaves could no longer be treated like beasts of burden.

Philida takes advantage of this to report her lover to the magistrate for breach of promise, which is quite startling, I grant you. But in general Philida turns out to be far too romanticised; she may be feisty, often bloody minded, but she is not really traumatised.  The stupid cruelties she is subject to, as well as her experience of rape and infanticide, seem to make her no more than defiant.

Not damaged. Brink showed the externals of her life, and some of her inner musings, without really getting to her pain – which is why it is an easy read. Easy, compared with the harrowing and unhinged Unconfessed, by Yvette Christiaanse (Kwela, 2007) for example, which deals with similar themes.

There is a further problem with her voice, which is where more finishing would have been in order. Much of the novel is narrated by Philida herself, and though her lowly, uneducated speech is shown by poor noun-verb agreement, this is not at all consistently done.

Also, someone who can say: “How it start is when Langkat get six kittens … ” is not likely to have in her vocabulary words such as “sliver” or “stick-like”.  Finally, while nitpicking, it should be said that neither the author, nor his editors, seemed to know much about knitting, which is sad for Philida. For the record, there are only two basic stitches in knitting, plain and purl. All fancy knitting effects combine these. Cross, blanket and stem are embroidery stitches.

But Brink did get expert help on Islam. Despite the horrors inflicted on the slaves, which we are given in some gruesome, lascivious detail, this is a light read due to the resilience and energy with which Brink imbued Philida. Today, when many have little knowledge of our history, all historical novels could help to lighten this ignorance and do so in a way that sweetens the hard swallow required by dry facts.

Facts of course are a contested notion in history, where prejudice and malice may seek to establish as fact what is only much-repeated gossip. But it is important not to perpetuate damaging historical myths and Brink may have done so here. For example, he implied that the British were less brutal than the old Cape Dutch boers – read James Whyle’s The Book of War (Jacana, 2012) for a corrective on that – and Olive Schreiner.

Also, he let Philida think that all slave traders were Christians, and that north of the Gariep River “the land is open and everything is free.” Not so. But who would have taken him up on that other than some carping book reviewer who may find herself made infamous as a farmyard creature in some future work (and as all fans of the movie, The Three Amigos, know, “infamous” means more than famous). Why this book should have been long-listed for the 2012 Booker prize may have something to do with the first-mentioned damaging myth (how some Brits love to be horrified by South Africa) and perhaps with the beguiling little cat in this story.