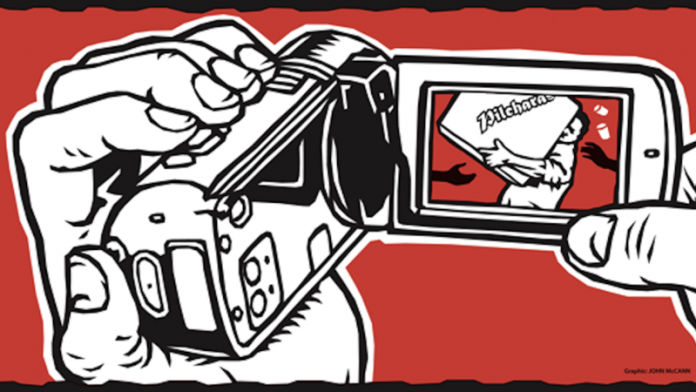 The recent spate of looting of foreign-run shops, last month in Soweto and Kagiso and this month in Mohlakeng and Majakaneng, has once again put the issue of xenophobia in the spotlight.

For many of those participating, antipathy towards foreigners was, if anything, an entirely secondary consideration. Many appear to have been acting purely opportunistically. They were not necessarily angry or even hungry. Instead, they were carried away by the excitement of the occasion, seizing the chance to grab handfuls of free goods.

Neither is it necessarily appropriate, as government has done, to characterise many of the participants simply as “criminal”. Though some might be criminally minded, many of them might better be understood as having acted recklessly and thoughtlessly. On the spur of the moment, it seemed like something one could do and get away with – notwithstanding the fact that these acts were committed in broad daylight, sometimes in the presence of journalists, and with police not far away.

Why is it, then, that people believe that there are unlikely to be adverse consequences for acts of wanton looting? One factor is clearly xenophobia itself. But, rather than serving as a generalised motivation for looting, xenophobia is most significant in providing a kind of green light for such behaviour.

As is well known, many community members, most notably some local traders, view foreign shop owners with considerable antagonism. Many would approve of the looting of foreign shops.

Many police officers also share the xenophobic attitudes of some community members. If the shops of South African traders were to be attacked, this would indeed result in community outrage and vigorous police action. But, because foreign traders count for little as a political constituency, when their shops are looted police interventions are at best half-hearted and sometimes, some press reports indicate, veer into outright complicity with the looters.

Despite the handful of arrests, it seems safe to assume that few of the cases from Soweto or Kagiso last month or from the more recent incidents will result in prosecution. Most will eventually be thrown out of court because of a lack of police and prosecutorial interest. This may have as much to do with the fact that most cases, once translated into police dockets, will be for crimes such as theft and will thus be regarded as relatively petty. As individual cases, they may appear inconsequential, unworthy of prioritisation.

Therefore, xenophobic attitudes and the priorities of police officers and prosecutors are two of the factors that create a climate of impunity for looting of this kind. But the conditions that give rise to this impunity also have their roots in what might be regarded as an environment that is highly permissive of public violence.

One constituency that is potentially influential in defining responses to violent protest is the support base of the ANC itself. ANC members of government routinely denounce public violence; President Jacob Zuma has repeatedly spoken out against violent protest, including in some of his earliest speeches as president in 2009, and in his State of the Nation addresses of 2013 and February 2014.

But, within the ANC itself, being opposed to public violence is not popular politics. Local ANC factions are often protagonists in public violence, with the mobilisation of popular anger one of the tools in local factional power battles. Furthermore, many ANC members and supporters continue to regard it as useful to retain recourse to violent intimidation as a tool in their political repertoire.

It is only when it threatens key allies that public violence is taken seriously rather than as a vague, general issue of concern.

Another constituency with a lot of influence on how these issues are seen is political civil society. Here the view that is frequently articulated is that community members have little choice but to engage in violent protest. Some protests are indeed motivated by the desperate circumstances of community members – the water shortages that provided the motivation for the protests in Majakaneng provide a particularly compelling example.

There is evidence showing that many protests are preceded by peaceful marches or other attempts by community members to make their voices heard, and that they only turn violent in the face of perceived official indifference. Heavy-handed police action often also precipitates violence.

Much civil society discourse on the subject of public violence seems to exonerate community members of culpability for their actions. Violent community protests are often acts of desperation by communities whose peaceful appeals have fallen on deaf ears, but are frequently successful in securing attention to grievances. Violence, then, seems to work.

In terms of this view, saying that people should forego violence might seem to be equivalent to condemning them to lives of perennial powerlessness and increasing immiseration. However, the justification that people have little choice may often be treated relatively uncritically. Speaking to the Times last week, political analyst Ralph Mathekga said: “In some protests, even before the violence, there is no sign of a softer approach; a memorandum of grievances or evidence of having tried to engage with the state.”

Whatever the justifications, one thing appears clear: if violent protests continue, they will exacerbate the vulnerability of foreign shops, and foreigners generally, to attack. Looting and xenophobia frequently accompany community protests. In Majakaneng, for instance, violent protests motivated by the lack of water quickly turned into the looting of foreigners’ shops.

Such attacks are not just made possible by xenophobia but also by a public and political environment that appears to view public violence in fairly permissive terms.

If there was a strong resolve to address public violence, there are relatively straightforward strategies available. The model for these is provided by the police response to the riots in London and elsewhere in Britain that erupted in August 2011. The key factor in a purposeful criminal justice response is the systematic use of video and other photographic material to identify participants in violence.

Similarly, after the riots in Vancouver in June 2011, police established a website asking members of the public to identify those involved in the rioting from photographs, and to contribute pictures or video taken during the riot. Eventually charges were laid against more than 350 of the rioters.

The tools that were used in Canada and Britain are just as readily available here. Already a large amount of photographic material has been published in the press and on television, and more is likely to be available, including video footage taken by the police themselves.

The conditions of poverty, desperation and local government dysfunctionality, which provide some of the drivers of much public violence, cannot be magically wished away. This may mean that violence continues to be seen as a legitimate element of the repertoire of communities in making their voices heard and that police and prosecutors continue to respond to public violence in a half-hearted way.

Attacks on foreign shop-owners are likely to continue, then, not just because of xenophobia, but because an environment that is tolerant of public violence is also one that renders them highly vulnerable.

David Bruce is an independent researcher who specialises in crime and policing.