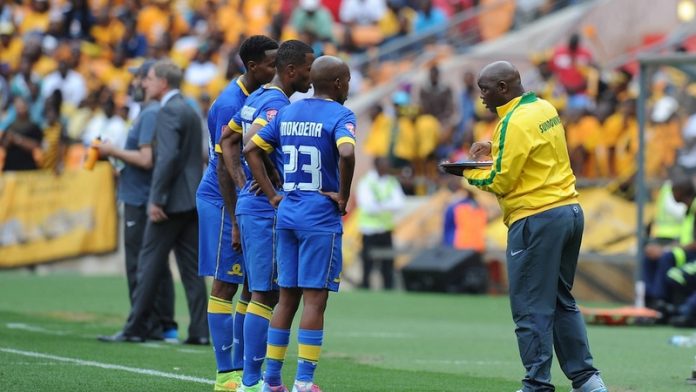 Never before has a South African club asserted itself as determinedly as Mamelodi Sundowns as they embark on their African Champions League campaign, which kicks off this weekend.

They have spoken of little else since winning the Premier Soccer League (PSL) championship in May last year and booking what will be an eighth appearance in the continent’s top club competition – but their first since 2008.

It has been the motivation for the prolific spending that has marked out the past two years at the club and comes as a refreshing change from the usually insular approach of South African clubs.

For decades, PSL teams saw competing in the pan-African competitions as a drag on resources and a potential pitfall in their quest for domestic honours. Some even contrived to be eliminated early by playing their reserves so they would lose and be done with the burden.

But two years ago there came a sudden change in attitude, articulated first by PSL chairperson Irvin Khoza as his Orlando Pirates side went into the Champions League.

Such was the excitement generated by their unexpected run to the final – a route that followed many dramatic twists and turns – that Pirates can claim kudos for engendering a newfound attitude towards the annual African club competitions from a previously parochial populace.

Infectuous enthusiasm
Sundowns coach Pitso Mosimane has added to this broadening of vision by embracing the Champions League quest with an infectious enthusiasm that will hopefully lead others in the PSL to realise a greater footballing world exists beyond South Africa’s borders.

The Champions League offers $1.5-million to the winning team – although a lot of this cash gets gobbled up by the high costs of travel – and there is more money guaranteed the African champions from participation in Fifa’s Club World Cup.

The winner of the Champions League will play in Japan in December against the continental champions of Asia, Europe, South America and the Central and North American and Caribbean region. Sundowns begin their bid this weekend in the idyllic surrounds of the Seychelles but will be aware a beach holiday in the first round is to be followed by a potential trip to hell in the next.

Sundowns play St Michel United on the artificial surface at the small Stade Linité on Saturday before hosting the return leg at the end of the month. It is patently an easy initial assignment for the Brazilians, but they are then due to meet TP Mazembe Englebert of the Democratic Republic of Congo in the next round in March and early April. Mazembe’s reputation for bribing referees and intimidating visiting teams is well founded, added to which they have a formidable squad.

They had seven players at the recent African Nations Cup tournament in Equatorial Guinea – more than any other club – and have just signed Sylvain Gbohouo, who was the Ivory Coast’s first-choice goalkeeper until injured on the eve of last Sunday’s final.

Fabled performance
Pirates edged past Mazembe two years ago in a fabled performance in Lubumbashi where the late Senzo Meyiwa immortalised himself with two penalty saves. There the Buccaneers had to deal with all sorts of shenanigans.

Should Sundowns advance past Mazmebe, there is still one more preliminary round to play before the group phase. Making matters worse, that game will probably be against defending champions Entente Sétif of Algeria.

Kaizer Chiefs are South Africa’s other representatives in the Champions League but have displayed none of the enthusiasm articulated by Mosimane. Indeed, it was still up in the air until a few weeks before the entry deadline last November as to whether Chiefs would play.

It leaves the impression they are competing to appease fans and avoid being accused of being spoilers. They host Township Rollers of Botswana in the first leg of their first round tie on Saturday night at Soccer City.

This, too, should be a routine assignment but in the next round Chiefs will probably take on former winners Raja Casablanca of Morocco.

In the African Confederation Cup, Wits hosts Royal Leopards, the police team from Swaziland, at home on Saturday but Orlando Pirates have a bye. They will only start in next month’s second round against the winner of the tie between Uganda Revenue Authority and Elgeco Plus of Madagascar.

African Champions League at a crossroads