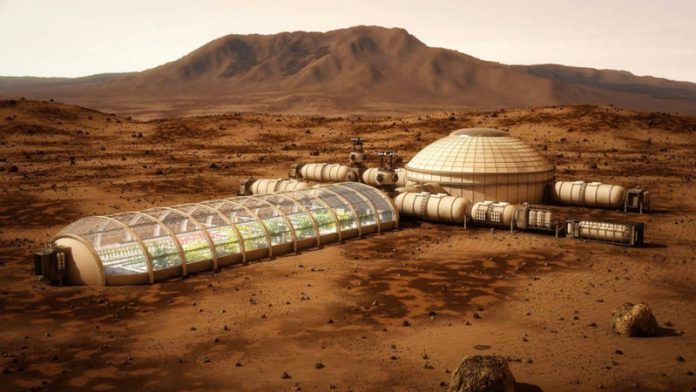 The objective of Dutch non-profit Mars One is simple: to establish a permanent human settlement on the red planet.

Mars One will begin training candidates for space travel up until its 2024 planned launch, when – if all goes well – teams of successful candidates from around the world will form part of the first human colony on Mars.

Adriana Marais, a masters student at the University of KwaZulu-Natal, who the Mail & Guardian first spoke to when she made it through round one, and is now one of the final four South Africans, said: “What the first colonisers will do on Mars is really the pinnacle of four billion years of evolution.”

“I would volunteer to leave my life on earth behind to see what’s out there. I’m prepared to sacrifice my personal joys, sorrows and day-to-day life for this idea, this adventure, this achievement that would not be mine, but that of all humanity.”

But the four candidates, who hail from KwaZulu-Natal, Gauteng and Limpopo, do not have a certain ticket to the fourth rock from the sun. They will now be part of further selection rounds, which will “focus on composing teams that can endure all the hardships of a permanent settlement on Mars,” Mars One said.

The candidates will receive their first shot at training in the copy of the Mars outpost on Earth, and will demonstrate their suitability to perform well in a team, the non-profit said.

“Being one of the best individual candidates does not automatically make you the greatest team player, so I look forward to seeing how the candidates progress and work together in the upcoming challenges,” said Dr Norbert Kraft, managing director of Mars One.

New call for candidates this year
Marais, who was part of the Mail & Guardian’s Science Voices initiative, wrote about the interconnection about life and quantum biology here, and how life on Earth began.

The question of whether there was once life on Mars is one that puzzles scientists and is a possible research question for teams deployed to Mars.

However, a study out of the Massachusetts Institute of Technology last year questioned the viability of the project, and suggested that the project would in fact be sending successful candidates to a premature death.

But if you, like the more than 200 000 initial applicants who were not successful, would like to be part of the first human colony on Mars, this year Mars One will open a new call for applicants.

Correction: We mistakenly described Mars as the second planet from the Sun in an earlier version of this article. It is the fourth.