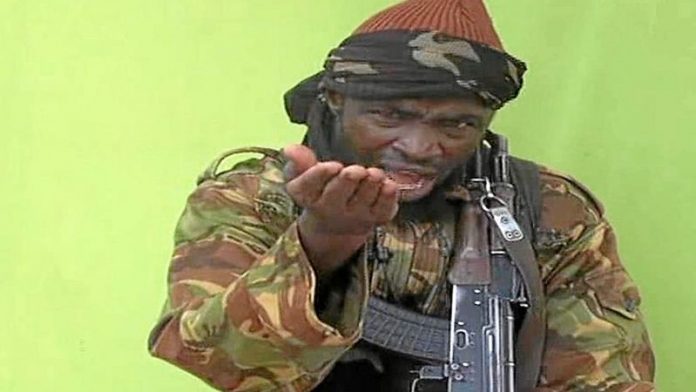 “This election will not be held even if we are dead. Even if we are not alive Allah will never allow you to do it,” Shekau said in the Hausa language, presumably referring to the polls scheduled for March 28 in a video released Tuesday.

The video appeared to be the first message released by the group on Twitter, a sign of its changing media tactics after previous messages were distributed to journalists on DVD.

Shekau was shown in unusual clarity in front of a solid blue background, dressed in black and with an automatic weapon resting to his right.

Claiming victory
He also claimed a weekend attack in the northeast Nigerian city of Gombe, which the military says was repelled.

The Islamist leader, declared a global terrorist by the United States and sanctioned by the United Nations, disputed the military’s account of the Gombe clashes, claiming that his fighters overran troops and freed insurgents from prison.

Nigeria’s general election had been scheduled for February 14 but was postponed by six weeks, with the security services saying they needed more time to contain the violence in the northeast, Boko Haram’s stronghold.

Despite Shekau’s threat, experts doubt that the Islamist rebels have the capacity to disrupt voting nationwide, although election officials have conceded that voting could prove impossible in parts of the northeast. – AFP

The country’s elites, including the president, travelled abroad for treatment but now they must use the country’s neglected health system
Read more
Opinion

WhatsApp played a big role in the Nigerian election. Not all of it was bad

In the recent Nigerian election WhatsApp was used to mislead voters. But it also strengthened democracy in other areas
Read more
Advertising
Continue to the category
Politics