Tanzania cracks down on ‘dirty’ dance 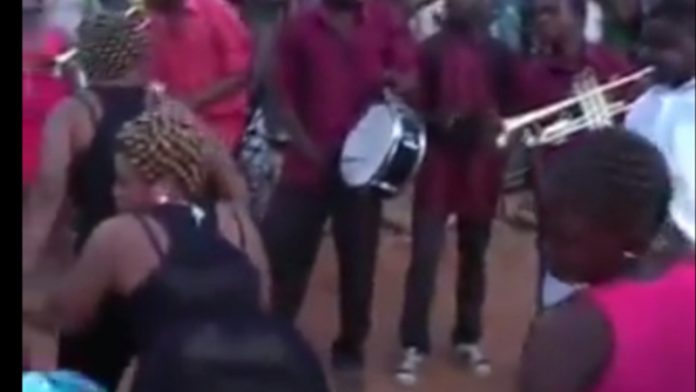 Even if you are a hardened observer, you still have to see it to believe it. Women shake their bottoms in abundance, while others, as if in trance, strip down completely, the moves raunchier by the minute.

YouTube videos of the dance typically warn that, well, they are not appropriate for innocent eyes.

This is the “new generation” form of the kigodoro dance, the name in Kiswahili which translates rather aptly to “little mattress”.

“It is not a big deal here, as far as I can remember. I have seen women stripping in these events for more than a decade … since I was a boy. They are having a good time and so is the crowd,” the country’s Citizen daily quoted a DJ as saying at one such function.

But its evolvement with time has given it more colour, to the discomfort of the government. The crackdown begun last year, after police said attendees were increasingly targeted by muggers and criminal gangs.

Blacklisting
But with the explosion of social media, the dance has since gone viral, leading to its blacklisting by the state.

“This has become a serious danger to our culture as it threatens the original dances which are our identity.

“The new generation will be filled with what they see now and may not be aware that there has been a real Baikoko for instance,” the country’s Director of Culture Development Professor Herman Mwansoko told The Citizen.

He was referring to the name of a traditional dance from the northern Tanga region, which has also since turned raunchy.