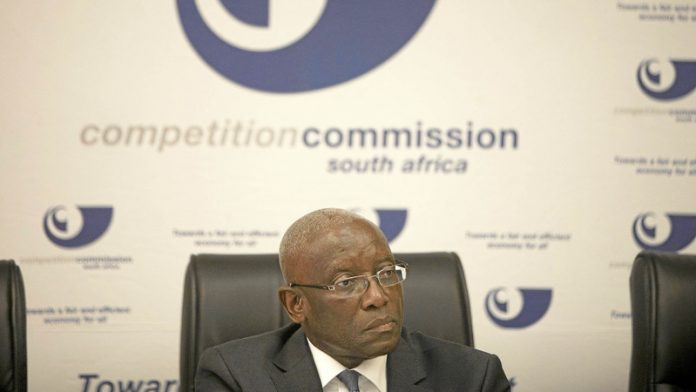 A new budget has come and gone with a large chunk of the money once again going to the public service sector, and taxpayers are still suspicious that they are not getting value for money for the above-inflation salary increases for workers in the sector.

A commission, headed by former chief justice Sandile Ngcobo, to review public sector remuneration and establish a set of norms, has not yet delivered a report despite being established in August 2013. The commission’s term, which has been extended once, is expected to receive another extension, with its work set be completed by December next year.

Education is the first sector to be reviewed and a project plan is to be presented to stakeholders in March.

The public sector report’s delay is causing some consternation among labour. Ngcobo is also overseeing another large inquiry into the health sector and the timeframe of the two inquiries overlap.

The first is the Competition Commission’s investigation of private healthcare, which is on track. But the commission of inquiry into remuneration and conditions of employment in the public service, established by President Jacob Zuma, has had a more rocky start. It was given just eight months to complete its review, a target that members of the public service and administration parliamentary portfolio committee at the time felt was overly ambitious. The Democratic Alliance said an earlier investigation of remuneration and conditions of service had stalled largely because of the size of the project.

The then public service and administration minister, Lindiwe Sisulu, admitted at a portfolio meeting in July 2013 that the timeframe was “optimistic”, but the minister said there was only three years in which the recommendations could be implemented. “The department of public service and administration did not want to fall short of its own agreement with the unions,” she said.

The remuneration commission was established at the request of labour, who appealed to the government to implement an across-the-board grading of jobs in the sector. The inquiry is also to ensure that government is getting value for its money.

The intention, according to Sisulu, was for the report to be submitted before the May 2014 elections, to allow three years for the implementation of the recommendations.

In October last year, Zuma assured the South African Democratic Teachers’ Union (Sadtu) that the commission was under way.

Ironically, Sadtu initially delayed the commission’s work by two months because it did not want to be part of the inquiry.

Mandla Mchunu, a special adviser to Ngcobo and the acting secretary of the committee, said public submissions would be called for after the first meeting of education stakeholders in March.

Zuma specified that education, which receives 44% of the money assigned to the public sector, be reviewed first, particularly as unions in the sector believe they are paid less than other professionals.

The commission will decide which sector will be reviewed next.

Mchunu said the commission was overwhelmed at first by the size of the task.

“The time given to complete the inquiry was not nearly enough, and the nature of the mandate and its difficulty were overwhelming, particularly since it involves 1.3 million public servants,” he said.

The biggest stumbling blocks to establishing the commission were the lack of personnel and having to set up an office from scratch, Mchunu said.

“It has taken 18 months to get a semblance of an organisation set up,” he said. “There was nothing. An office had to be found and the basic office equipment sourced.

“When I was brought in in late September 2013, it was to assist the judge, mainly as his adviser. There was no structure at all and I am now fulfilling a position as secretary.”

He said the committee was making use of information already complied by the department, treasury, the Public Service Commission (PSC) and the Financial and Fiscal Commission (FFC).

The commission was also using PwC’s expertise to help with the project plan and the aligning of functions, Mchunu said.

The chairpersons of the PSC and FFC had been seconded to assist so that the work of the three commissions are not duplicated, a senior official said. The commission had met the unions and relevant government bodies to explain “what the commission is up to”, he said.

The committee has submitted a progress report to the presidency.

Mchunu said Ngcobo had been analysing the mandate and what was being asked of the committee. The commission had also looked at “best of breed” — at countries such as Malaysia and Ireland, which had grappled with the same issue.

The committee, consisting of six staff members, still has a number of unfilled posts, which has also delayed progress.

Referring to the pressure to complete the report, Mchunu said: “In an ideal world, we would have recommended that we do education thoroughly because of its importance in turning the economy around.”