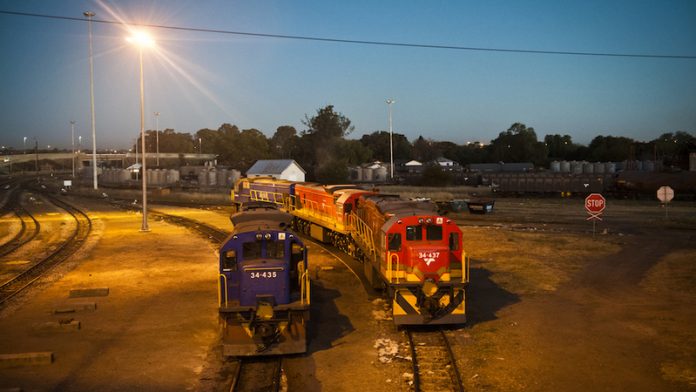 As a percentage of the gross domestic product, government spending on economic infrastructure is at its highest level in 25 years. Once again the budget prioritises investment in roads, transport, electricity, water and sanitation.

These investments are aimed at driving greater economic growth and investment to result in much-needed job creation.

Total infrastructure spending over the three-year medium-term budget period is estimated to be R813.1-billion, with economic infrastructure accounting for 82.2% of this.

The majority of the infrastructure spending will be made by state-owned entities (R362.2-billion), followed by local government (R177-billion) and provincial government (R140.1-billion).

Transport infrastructure leads the pack with R339.2-billion estimated to be spent by the 2017-2018 financial year, with energy second (R166.3-billion) and water and sanitation third (R117.4-billion).

Transport
“Transnet continues to expand its freight rail network and upgrade capacity on the iron ore and coal export lines by modernising the rolling stock and refurbishing existing infrastructure,” states the 2015 budget review. “Planned investments in major capital projects – including buying rolling stock for locomotive freight rail and expanding the manganese rail and terminal, the iron ore line and the coal line – will total more than R50-billion over the next three years.”

The coal line expansion will increase capacity from 81 to 97 megatonnes, while the manganese rail upgrade will grow from seven to 14 megatonnes by 2020 and to 16 megatonnes thereafter.

The upgrading of the rail, port and terminal capacity for manganese export is in its feasibility phase, with an estimated cost of R18.7-billion, and the Sishen-Saldanha iron ore railway line, also in its feasibility stage, is mooted for a R16.3-billion expansion to 82.5 megatonnes. A R8.9-billion development of the Mpumalanga-Richards Bay coal line to 97 megatonnes over 10 years is in its concept stage.

Durban’s port will get its berths at the container terminal, which will be deepened at a cost of R8.2-billion. This is in its design stage. The construction of an R19-billion new railway link to Swaziland is in the concept stage.

Finance for road infrastructure has been estimated at R70-billion; the Passenger Rail Agency of South Africa receives R11.2-billion to upgrade its rolling stock fleet, with the first 44 train sets to be procured within the next three years.

Over the next three years 1 734 Metrorail coaches will be refurbished and R11.9-billion has been allocated for improvements to the international airports.

Energy
Eskom accounts for 83% of spending on energy infrastructure. The Medupi and Kusile power stations account for almost a third of Eskom’s estimated R138-billion spend over the medium term.

The budget review also lists a third coal-fired power station known as Coal 3, which is valued at R111.1-billion and is in its feasibility study stage.

The review states that R105-billion has been allocated to wind and solar power projects and, by 2017, the government expects these projects to have added 3 725MW to the national grid.

The review also mentions five gigawatts of solar parks valued at R200-billion, which are planned for the Northern Cape and are in the feasibility stage.

The budget review states that a further R154-billion of photovoltaic energy, R111-billion of wind energy and R60-billion of concentrated solar energy are out for tender, to be supplied by independent power producers.

These include key projects to deliver water to new power stations and mining activities such as the Mokolo River and Crocodile River (West) water augmentation project (R2.1-billion) and the Olifants River water resources development project (R19.6-billion), which is split into multiple phases.

The Komati water scheme is expected to be completed by October this year and has come in under budget with a saving of R500-million.

“There are 60 large projects and 148 small projects funded mainly through the regional bulk infrastructure grants, which has been allocated R15.1-billion over the MTEF [medium term expenditure framework] period,” states the budget review.

“This funding will also finance the construction of 76 regional bulk schemes to be completed over the next three years.”