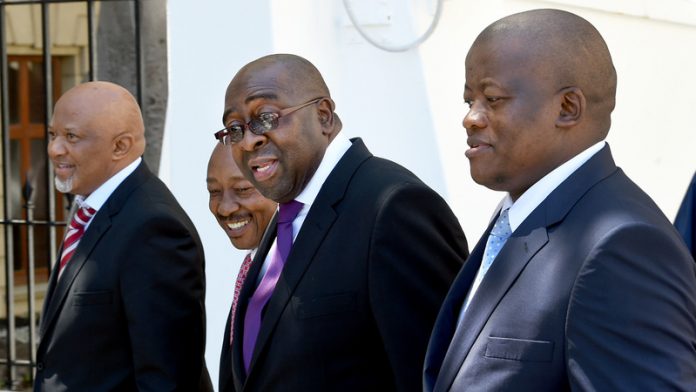 The treasury will alleviate the R98-billion funding shortfall of the Road Accident Fund (RAF) by adding 50c a litre to the road accident fund fuel levy.

The fund currently raises R21-billion a year from the levy, so the 50c increase will raise its annual revenue to R31-billion.

In his budget speech, Finance Minister Nhlanhla Nene described the increase as “substantial”.

“It is required in order to finance the progress made by the RAF administration in clearing the claims backlog,” he said. “But it also reflects the unsustainability of the current compensation system, which has accumulated a R98-billion unfunded liability.

“Legislation to establish the new Road Accident Benefit Scheme will be tabled this year to provide for affordable and equitable support for those injured in road accidents. Once the legislation has been passed, the levy will be assigned to the new scheme.”

Criticised
The Road Accident Benefit Scheme draft Bill has been sharply criticised by the legal fraternity and some have said it is unconstitutional and will be challenged in the Constitutional Court.

Several lawyers said the new system would leave victims worse off than before.

“The structure of the RAF is unaffordable and inequitable, with benefits skewed by income level and absorbed by legal representation,” the budget review states.

It says the deterioration in the RAF’s financial position has been exacerbated by an improvement in the processing of claims lodged, and the 50c increase in the fuel levy will not be enough to close the funding gap the RAF faces.

The fund’s chief executive, Eugene Watson, said in a statement released after Nene’s speech that, although the money would go a long way towards addressing the fund’s financial challenges, it would not eradicate all its legacy problems.

“Motorists’ additional contribution towards the fuel levy guarantees that South Africa’s road users will still get cover under the current compensation scheme in the unfortunate event of them being maimed or killed in a motor vehicle accident.”

Confidence
Watson added that the fuel levy increase was an indication of the government’s confidence in the RAF’s administration and delivery of its mandate, despite the financial challenges it has experienced in recent months.

“Initially, the extra fuel levy will not speed up claims payments,” he said. “If we continue to maintain our high productivity levels, receive no further increases from the fuel levy and delay the implementation of the Road Accident Benefit Scheme, our backlog will simply continue to grow.

“This makes an overhaul of the entire current compensation system all the more imperative.”

Watson said the fund would continue to manage its financial challenges in a constructive manner by partly meeting stakeholders’ expectations, and he appealed for their support and co-operation.

“Detailed payment plans have been communicated to all relevant service providers and legal representatives, and will be reviewed in line with the extra funding,” he said.

“While we understand the situation has placed tremendous pressure, financially and otherwise, on all service providers and claimants, we again respectfully request that writs be stayed to a reasonable extent. Writs are continuing to disrupt our payment plans and only benefit a few firms,” he said.

See “On the bumpy road to RAF reform”, in this week’s Law Report.