Twelve Apostles get down to earth 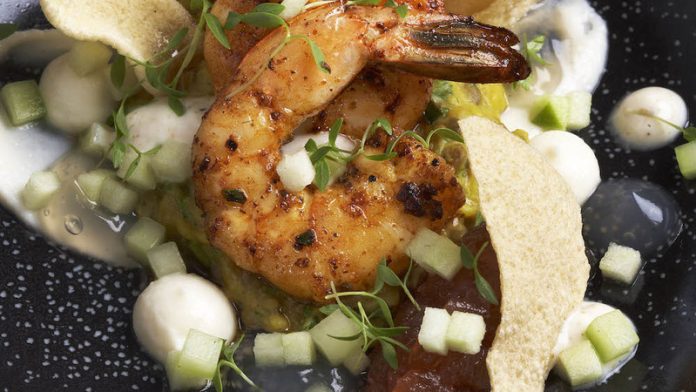 “You are not allowed to eat there,” I was told by one of my closest friends. He’s entering his 60s; one of Cape Town’s rugged mountain men – a climber, hiker and fynbos-lover of a type now being genially supplanted by soft-shoed hipsters who commune with nature in a more lackadaisical manner.

My friend had joined the protests against the construction of the luxury Twelve Apostles Hotel on the pristine Table Mountain reserve above Oudekraal. Legal wrangling over developing the land had dragged on for a decade or more, but in time, the hotel, 12A as it’s now known colloquially, became a reality and the memory of objections and letters to the paper has completely faded.

The location is superb – facing out from a dramatic backdrop of mountain peaks, one has an uninterrupted ocean view. Guests staying at the hotel can take advantage of trails and picnics.

Perhaps sensitive to its past, the hotel and spa claim to have implemented a range of green practices – the “reduce, reuse and recycle” philosophy. Its restaurant, Azure, goes for seasonal and sustainable ingredients, and the fish and seafood served are Sassi (Southern African Sustainable Seafood Initiative) approved. The menu states that “only seafood which is traceable to its origins” is used, and the menus are printed on recycled paper.

Regardless, up until a month ago, I had maintained my friend’s embargo. Then I heard about chef Christo Pretorius’s novel four-course tasting menus – “taste of the sea” (R495 a person) and “taste of the earth” (R425). The only other gourmandised vegetarian (and vegan) tasting menu I’m aware of is chef Rudi Liebenberg’s at the Planet restaurant at the Mount Nelson Hotel. I soon discovered the two chefs are in good communication.

Vegetarian offerings by even the most carnivorous steak houses (in Cape Town at least) have come a long way from a plate of boiled vegetables with grated cheddar cheese or an iceberg lettuce salad. Pretorius’s plates are ambitious by an order of magnitude.

The welcoming basket offers a choice of poppy seed, milk and corn breads, with tastes of beer and star anise to go with fluffy, yet creamy, snoek paté.

A tall glass, half mushroom compote, half pea purée, decorated with pea shoots and small whole mushrooms sets the tone for the taste of the earth menu.

Intoxicated by the sunset – the light fanned through the clouds as neatly as the design on a Japanese imperial rising sun flag – and a glass of bubbly, I confess no recollection of the amuse-gueule that appears in my tasting notes: “oyster and mushroom, the mushroom in no way spoiling the oyster”.

The sea menu starter was yuzu crème fraîche taramasalata, a bit too generous an amount for the two petite rounds of salmon trout from Du Toitskloof with tonka bean cure, a salt-baked baby beetroot, and a triangular prism of compressed cucumber, garnished with salmon roe.

The vegetarian starter is cauliflower terrine with verjuice, pickled cauliflower, sultanas, wafers of radish and a brown-butter aïoli. Together with the Gruyère crumble it has a most satisfying mouth feel and the sweet elements work surprisingly well.

Part of the fun of tasting menus is the wine pairing. It often brings discoveries of superlative wines one had never heard of before.

The wonderfully urbane sommelier, Gregory Mutambe, doesn’t disappoint, and he introduces me to a real new find, a Hughes family organic Nativo white blend. The 2013 is a stunner, with strong pear and apricot on the nose.

Next up is the most outstanding dish on the pescatarian menu –shelled and flash-fried prawns with yellow dhal, creamed cauliflower, cumin yoghurt, pineapple chutney, hydrated sultanas, verjuice and citrusy dry coconut.

On the other menu course, the next item is a very deep, earthy-tasting mushroom pasta, billed as agnolotti, though not quite recognisable as such to me, with marinated shiitake mushrooms, shallot purée, truffle cream espuma, parmesan, hazelnuts and truffle.

For the vegetarian menu, there is potato gnocchi with a roast corn velouté, corn fricassée, asparagus tips, caramelised pearl onions and pea shoots.

Everyone, except vegans, can agree on dessert.

Though not the chef’s strongest suit and lacking the complexity of the dishes that went before, dessert nonetheless hits the spot: coconut milk custard and coconut oil cake with basil leaves and a sorbet, salad and jelly all made of pineapple, a crunchy milk chocolate mousse with green tea “coral sponge”, passion fruit ice cream, brown sugar shortbread and a toffee sauce.

Finally, there are gilded petits fours with gold leaf. Vegetarians, even from only a decade ago, would be astonished.