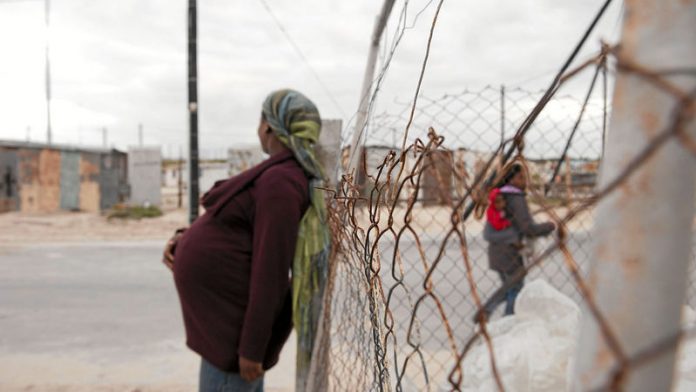 President Jacob Zuma reiterated his view that teenage mothers should be separated from their babies until they have completed their schooling during his address to the National House of Traditional Leaders on Tuesday.

He first stated his controversial view in 2009, causing widespread offence.

“They must be taken and be forced to go to school, far away,” he said in his response to a debate on his address to traditional leaders.

“They must be educated by government until they are empowered and they can take care of their kids, take them to Robben Island or any other island, sit there, study until they are qualified to come back and work to look after their kids.”

Zuma acknowledged that when he first expressed the view during his 2009 election campaign, it stirred controversy and was likely to do so again. But he said allowing teenage mothers to leave school was proving an untenable burden on society and the state’s welfare bill.

“The women protested, I want to take their kids away from them and blah, blah, blah,” he said. “So I kept quiet, because I was saying in no way can you have young kids being mothers of other kids and young boys being fathers of kids, they know nothing of it.”

He said by forcing teenage mothers to complete school before they were reunited with their babies, society would be correcting a trend of grandparents “using what is supposed to be their pension” to raise the children in question.

“We make you take care of your kid so that we don’t have to give a grant, and that is my view. So we need to take a decision about it. It is crucial in my view and I am sure if we work together we can do something.”

‘Nation-building’
Zuma said the point he was making was part of nation-building but he knew it would be met with resistance. “I am sure people are going to protest as I am talking now.”

He added: “The reality is you have got kids with kids. They don’t know how to grow a child, how to look after them. They have become a burden to grandmothers, to society. So why should we just sit and look?” The president went on to say that teenage pregnancy was something alien to earlier times when traditional cultures were respected.

“There were no pregnancies of teenagers and people built families at the right time. Why can’t we do it?”

He also suggested that welfare grants should not be paid in cash but in vouchers to prevent parents from misspending them.

“Should we give the money or should we have vouchers that are very specific, either to buy food or uniforms for the school or to pay for the schools – so that the money will not be used for anything except the needs of the child.

“It is a matter to talk about… because there is no mother who is going to take a voucher and go to this, what is this for hair? A salon.” – Sapa

‘I didn’t think it was necessary to use condoms because I was only 15.’