Break the food chain to build our humanity 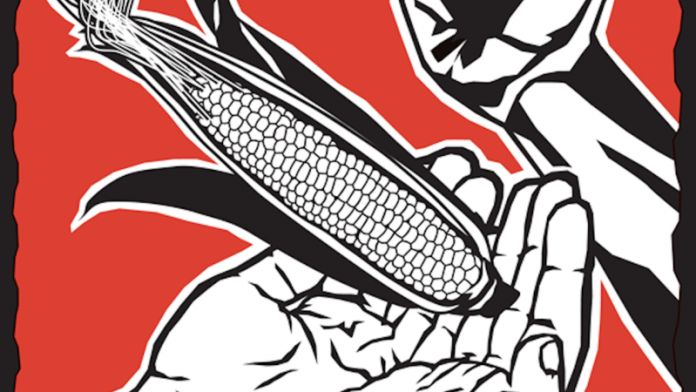 Food is essential to the human condition. Food politics have shaped world history. It was central to the shift from nomadic to settled societies 10 000 years ago, in the making of plantation slavery, “voyages of discovery” for spices in the East, in remaking an antagonistic relationship with nature through industrial farming and in influencing revolutions from the French and Russian to the more recent Arab Spring.

We imperil society if we ignore food crises and politics.

Are service delivery protests “food riots” in essence? Is the spate of xenophobic attacks a reflection of desperation by the hungry? In a country with 14-million people going to bed hungry, 45.6% of the population “food insecure” and a poor household spending 80% of its income on food, hunger cannot be ignored in understanding these violent outbursts.

The scale of hunger in South Africa makes us a dehumanised, divided and conflict-prone society. It exposes income inequalities and a cardinal failure of the mainly white-controlled, export-led industrial food system.

Yet these contradictions have been rendered nonantagonistic by our narratives of the rainbow nation, although hunger has certainly caused, and is a precipitating factor in, social conflict. Hunger may not be determining in every instance but it certainly contributes. It must be brought into our analyses of what is going on in the growing number of flashpoints engulfing our society.

The drought devastating the maize crop, though commonly understood to be part of South Africa’s drought cycle, can no longer be understood outside of climate change shifts taking place because of global warming.

Extreme weather occurrences, a result of climate change, are manifesting on the African continent, with massive flooding across a number of countries in 2012, and the displacement of six million in Nigeria alone. With Africa likely to experience the worst effects of climate change, arid and semiarid land is expected to increase in coming years from 5% to 8%, and water stress is predicted to affect 75-million to 250-million people by 2020.

Vast loss of arable land
In Southern Africa there is likely to be a loss of vast tracts of arable land. Climate scientists expect an increase of temperatures at twice the global rate. Basically, there is a correlation of extreme weather patterns and worsening farming output that must be more seriously studied in an effort to adapt South Africa’s agricultural system to climate change. For many, a techno-fix such as genetically modified organisms (GMO) will deal with climate change. In 2014, 86% of maize under cultivation was GMO; this did not stop the drought from having devastating impacts.

The science of industrial farming is about simplifying complex natural processes to control nature. At the same time, industrial agriculture is one of the largest consumers of South Africa’s limited water supply.

Climate change brings both complexity and resource challenges that globalised industrial agriculture will have difficulties dealing with. Hence the imperative for a new ecological approach to agricultural production that is more easily adaptable and grounded in values to sustain life.

Most of us take the food on our plates for granted. While we stuff ourselves, we don’t consider that one in three children under the age of five are malnourished. We don’t ask questions about the nutritional value of the food we consume, who produced it and where it comes from.

Yet the food most of us consume is directly related to many pathologies in our society, from growing obesity to food-related illnesses such as sugar diabetes, high blood pressure, strokes and heart disease, as a result of nutritionally deficient diets. Cheap food has been marketed as “fast, good and glamorous”. For many in our society with low incomes, this choice is out of necessity. This makes the poor in our society victims of “food poisoning” by design.

The school of public health at the University of the Witwatersrand can prove that a chicken drumstick sold by a leading fast-food retailer has twice the amount of salt and calories and three times the amount of fat as the same drumstick in the United States.

Though timely, these scenarios cannot avert a confrontation with South Africa’s corporate-controlled food system. In the context of the unhinging political consensus that has shaped the transition to the post-apartheid order and the growing existential threat of climate change, the food crisis could destroy South Africa – or it could assist in redefining a new system.

The food crisis married to authoritarian populist gestures such as “land grabs”, called for by the Economic Freedom Fighters, will lead us into a race war. Moreover, it would not be any different from the ANC government’s failed land reform, which has raised expectations but has been thin on building sustainability.

An alternative approach to the food crisis is grounded in a transformative politics from below, being advanced at the grassroots in South Africa and inspired by rising global movements championing food sovereignty.

Food sovereignty seeks to harness our democracy’s potential and is central in ensuring we create conditions to survive climate change with a deep, just transition. It is an alternative to the narrow notion of food security, inadequate to deal with the depth of the food crisis emanating from the corporate-controlled food system, which makes greedy corporations enablers of the right to food.

South Africa is one of 20 countries with a justiciable right to food in its Constitution, which requires the enactment of a food sovereignty Act to realise the transformative potential of the Constitution. This is a crucial demand of the newly formed South African Food Sovereignty Campaign and alliance.

Food riots
Between 2006 and 2008, and 2010 and 2012, this was a global trend leading to food riots in parts of the world. Given the globalised nature of corporate agriculture, including in South Africa, food prices are driven by multiple causal factors, according to many food analysts, including the Food and Agricultural Organisation.

They suggest that speculation on US commodities markets, climate change and oil prices are among these factors. The recent decline in oil prices raised the expectation of a downward adjustment in food prices, particularly staples such as bread, but this has not happened.

Despite the sophistication of these analytical models, they are symptomatic in understanding food pricing challenges and assume a globalised market-driven approach to prices as unquestionable, despite the volatility and instability such markets induce. The food price challenge is essentially about food corporations’ greed and the absence of a regulatory role for the state to protect our common interest. South Africa’s escalating food prices can be curtailed if the state is able to regulate food prices.

The degree and mechanisms underpinning this intervention need to be debated in South Africa. At the same time, there are grassroots alternatives that are transparent and grounded in ethical values such as trust, transparency, environmental justice, demo–cracy and community need. Buying co-operatives, community markets, co-operative bakeries and some farm stalls are all transformative alternatives dealing with pricing differently.

These food sovereignty institutions must connect and replicate as part of the emerging solidarity economy in South Africa to ensure producers and consumers can control pricing.

Sign of dispossession
Land in South Africa is imbued with various meanings but most salient is its place in history as a sign of the dispossession of the majority. The frontier wars of dispossession, the infamous 1913 Land Act and subsequent laws are crucial markers in this painful history. The ANC state has failed dismally to address this historic injustice.

From the standpoint of food sovereignty, land is central to how we understand life, food and culture. Hence, a people’s tribunal on land reform to expose the shortcomings of the ANC state and people’s land audits will be used to bring idle, unused and common spaces under cultivation through agroecology, a farming practice that places sustaining life and ecological systems at the centre of farming practices.

In short, the mainly white corporate-controlled food system in South Africa, from farm to plate, is maintaining supply for the few. It is in many ways toxic and is also in crisis.

Food sovereignty is a way for South Africa to critique globalised industrial agriculture and introduce a rights-based discourse and an ecological alternative. The transformative just transition to survive climate change and bring out the best of our humanity has begun here, from below.

The world has a chance to improve the lives of women, especially those living in Africa
Read more
Business

Street traders are central to food security in Johannesburg. But since being declared an essential service under lockdown, street trade in South Africa’s biggest city has returned to uneven ground
Read more
Africa

Get cash out to the poorest now

People know what they need to buy, the payments can piggyback on the Sassa system and the money will help prevent people from falling further into long-term poverty
Read more
Advertising
Continue to the category
Education