Ndikho Xaba and the Natives: Musings on ideas of freedom 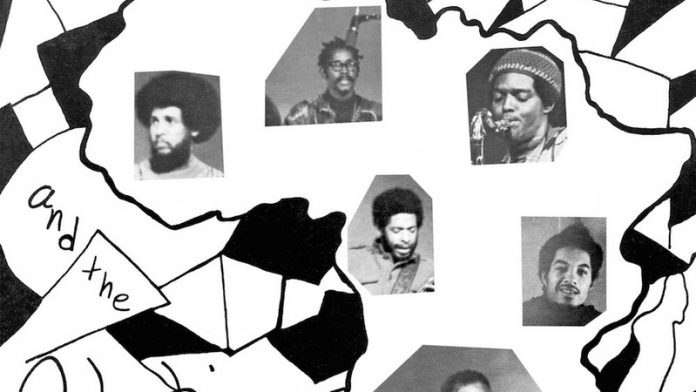 Ndikho Xaba’s music and life are a study in the wearing down of rigid binaries such as freedom and alienation or success and obscurity. A pianist, percussionist and master of the improvised wind instrument, Xaba is an embodiment of the idea that freedom is never given but ­realised.

If nothing else, a rare gem of an album, the now reissued Ndikho Xaba and the Natives bears testament to that. Facts are sketchy about most aspects of the enigmatic artist’s life. Some accounts trace this initial five-track recording to 1969, from the Oakland, California-based Trylite Records. Others, such as the Matsuli Music imprint that has reissued it, put it down to 1971.

What is evident, though, from the iconography of the group and related paraphernalia, is that it was a band of its time. Ndikho Xaba and the Natives, credited in any number of amusing misspellings, was a part of the Black Power politics of the era. The group played landmark events such as Free Angela Davis rallies and the Berkeley Jazz Festival alongside contemporaries such as Alice Coltrane, Sun Ra and Pharoah Sanders. A poster from June 1980, advertising a pair of shows in New York, has him as “N’dhiko and the Natives”, alongside Third World and Toots and the Maytals.

Born in Pietermaritzburg in 1934, Xaba went to the United States in 1964, playing the part of an imbongi in the Alan Paton play Sponono. He did not return to South Africa until well into the new dispensation, initially choosing to stay behind in New York with the likes of Caiphus Semenya, Philemon Hou and others.

Despite his song Emavungwini (credited as Douglas Xaba) making it on to both Hugh Masekela’s and Miriam Makeba’s albums, Xaba’s restless musical sensibility led him always in a search of the unknown.

This album is a testament to that singular spirit, finding more in common with the expansive meditative pieces in Alice Coltrane’s Journey in Satchidananda than with his more pop-oriented countrymen.

Ndikho Xaba and the Natives, the album, plays out like ruminations on the idea of freedom. It opens up in vivid form, with a plaintive reed, underscored pianos and slithery percussion, evoking the drama and fatigue of sustained conflict. More soundscape than song, Shwabada heaves under the oppressive weight of undulating piano sketches and the shifting sands of atmospheric percussion. It clocks in, musically, like a long day, at 12-and-a-half ­minutes.

Freedom, a raw slice of bluesy soul, storms in from the sea, with the raggedness and urgency of a field recording. Recorded as is at a live music venue, you can hear the electricity from the crowds’ ad-libs, the chill of the shifting arrangements and the potency in its brevity.

But although Berkeley circa 1970 suggests a freedom that is taken and self-actualised, as opposed to an emancipation of slaves, the singer engages us in an exploration of various notions of freedom. There is the idea of “constant struggle” to realise true freedom even after emancipation.

And there is the idea of “being free to see” that freedom is beyond the material realm but also that the shackles of structural freedom wait to be broken. “Who is keeping freedom from you and me?” the uncredited singer asks.

Without the help of detailed liner notes, one can ascribe a role to Xaba here; perhaps the one anchoring the singer with taut though sparse hand drums when the drum kit gives way.

Flight, which opens with galloping percussion and light-footed chimes, is indeed the sound of the Natives enamoured with a bird flying low above a forest canopy. The reed on Flight, set to some ambient percussion sounds, soars assuredly, so knowing in a journey that is instinctive as opposed to prescribed.

Makhosi, a ritual ancestral chant that is pretty much all percussion, speaks to community and a freedom before slavery. In the context of this recording, it is the connective thread between Xaba and his diasporic contemporaries, such as the saxophonist, flautist and percussionist Plunky Branch.

Nomusa, with its proud, declamatory chorus and coital fluctuations, speaks of the liberation that can only come from affirmation.

Other formats of this rerelease, such as the CD version, include Big Time, a rollicking, tightly arranged funk number, and Zulu Lunchbag, Xaba’s take on a Gideon Nxumalo composition. While they do feel like appendages, they hardly detract from this ageless snapshot of a storied but little known genius.

The organised chaos of Sun-Xa

A little-known composer takes centre stage on the big screen