Land claims a Sisyphean task for the state 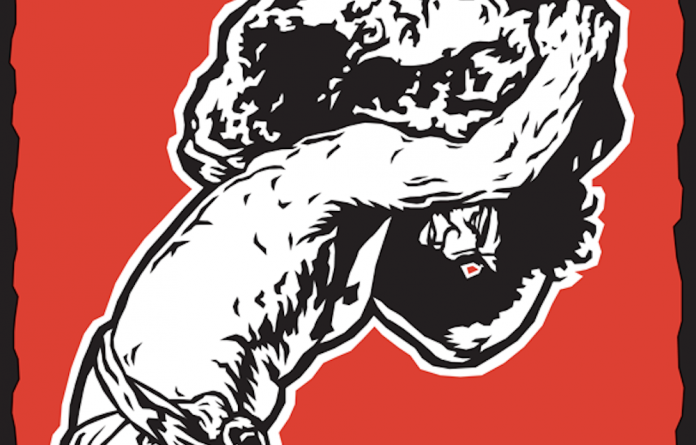 For those familiar with the mid-1990s land restitution programme, there was a strong sense of déjà vu about press reports on the reopened process: hopeful claimants queuing up to lodge claims, diligent officials working hard to assist them, optimistic managers talking up the systems that will ensure the process runs smoothly, and an earnest minister emphasising the importance of “rekindling” the class of black farmers that the 1913 Natives Land Act destroyed, while maintaining the productive use of land.

Responding to concerns that the Commission on Restitution of Land Rights and the department of rural development and land reform do not have the capacity to manage the expanded programme, the minister and senior officials talked soothingly of hiring new staff and introducing a computer-based system. The government is setting great store by its new electronic system, which requires claimants to present themselves at regional or mobile commission offices, where staff will capture the relevant details and feed them directly into an electronic database.

But information technology will not resolve the challenges to do with incomplete claim information, with which the commission has struggled since 1995. These problems can be expected to loom larger in the new phase. Consider the further passage of time since the original dispossession, the increased number of descendants compared with the original rights-holders among claimants, and the strong possibility of many more claims involving informal rights.

A manual has been prepared to educate claimants about the process in all official languages. It is more colourful than the commission’s 1995 document, but is in other respects remarkably similar. It assumes an orderly, well-documented – well-surveyed – past. Thus it asks would-be claimants to produce identity documents, precise property information such as farm numbers or urban “erf” numbers, powers of attorney, and properly witnessed documents to prove their credentials to represent family members or other claimants. This is documentation that, experience has shown, many claimants struggle to provide.

Many rural claims concern land that straddles contemporary farm boundaries, with histories of ownership, community formation and dispossession that are poorly documented and subject to internal and external dispute. Many involve overlapping rights of different orders. In the case of urban claims, in many areas historical property boundaries have undergone enormous changes since the Group Areas Act was enforced; properties have been subdivided or consolidated and land uses changed. Many urban claims involve informal rights, including subtenancy arrangements and historically illegal forms of occupation that may be difficult to dismiss but also to prove.

The official number of claims lodged by the end of 1998 has fluctuated over the years, in part because of different ways of calculating claim units, but also because of persistent problems with information management and quality control in the commission. In August 2013, it was working with a total of 79 602 lodged claims – more than 10 000 more than the total of 68 878 it reported in 2001, three years after the lodgement period closed. Of these lodged claims, 87% (69 119) were classified as urban.

Nearly 60 000 “claims as lodged” had been finalised, benefiting about 368 000 households and 1.8-million individuals (assuming an average of five people per household). R7.6-billion in financial compensation had been paid out and a total of three million hectares awarded (though not necessarily acquired and transferred by the state), at a total cost of R15.4-billion.

These are not inconsequential numbers. But they fall far short of what is possible, given what is known about the scale of forced removals in 20th-century South Africa. The department’s estimate is 7.5-million affected people. This figure builds on the often-cited figure of 3.5-million removals that the Surplus People Project (SPP) calculated for the heyday of apartheid, for the period from 1960 to 1983.

To this number, department experts have added an additional four million, to cover two categories they say the SPP total did not include: betterment planning (a form of enforced villagisation in the reserves affecting millions) and Bantustan consolidation (which in fact the SPP report did cover in detail).

Having arrived at this total, the department then makes a viscerally compelling but analytically weak comparison between the beneficiaries of restitution since 1995 and the victims of dispossession since 1913. In a submission to Parliament in February, the department estimated that less than 22.7% of the 7.5-million have benefited.

The glaring shortfall is presented as a major motivation for reopening the restitution programme. But the basic calculations are flawed, which reflects negatively on the quality of research and planning in the programme. It must be said that making sense of the numbers is difficult because of the unreliability and opacity of much of the data, as well as the different time periods the various calculations cover. Just being consistent about whether one is comparing individual people, incidents of removal, households/families or units of land can be a challenge.

The SPP figure of 3.5-million, furthermore, referred originally to individual removals – not individual people – because it recognised that, over the course of the 20th century, many black families and individuals suffered more than one form of dispossession. People evicted from white-owned farms in the pre-apartheid period were likely to end up on mission or black-owned properties (“black spots”) or in the “native reserves”, from where they could have faced further removals as a result of betterment planning, black-spot removals or Bantustan consolidation.

Others may have gravitated to the urban areas and been caught up in the relocation of townships or clearing of informal settlements.

In the second place, many rural dispossessions involved large numbers of households who, depending on the underlying land rights and community dynamics, could today be collected under a single group claim or divided across many smaller group or individual claims, or some complicated combination of the two. Thus even the number of households affected historically cannot be directly compared with either potential claims or potential beneficiaries of group claims.

Urban dispossessions are more likely to have involved individual households, but in both rural and urban cases, given the time since dispossession, it is often the descendants of the original rights holders who lodge the claim. Thus several related households can be involved per claim or beneficiary right, which can make for complex and, from an administrative point of view, time-consuming family dynamics.

Nobody can be certain how many additional claims will be lodged by June 2019, but the official projections are startling. Working from its suspect figure of 7.5-million, the department has estimated 397 000 “valid claims”.

That is five times the number of claims lodged by 1998. The total expenditure on restitution awards for the projected new claims is estimated at R129-billion to R179-billion (compared with R27-billion between 1995 and 2014), “depending on the options … selected … and if those claims are settled in 15 years”.

The projected running costs (additional staff, communications, office rentals and so on) add R1.3-billion over the next five years – more than the total spent on restitution awards in both the Free State and Gauteng since 1995, and roughly what has been spent on restitution awards in the Western Cape in this period. (The running costs include 88 laptops at a high-end price of R22 000 each.)

The department presents these extraordinary figures as a justification for reopening the programme, rather than evidence of the need for a rethink.

But cursory scrutiny shows they are not grounded in fiscal or administrative reality. The 2014 budget provides R8.7-billion for the settlement of restitution claims over the next three years, far less than the land department says it requires. The department’s cautionary “if” in its estimate of the total cost of restitution awards is also disingenuous: late 2013, when it was calculated, was itself 15 years after the 1998 lodgement date, by which time a quarter of claims lodged by 1998 were still “in process of being implemented”. In late 2013, outstanding claims from the 1990s amounted to a sobering 20 592, more than 9 000 of which were at the very beginning of the investigation and negotiations process.

The scale of the task becomes still more daunting when the number of outstanding claims already in the system is placed alongside the rate at which they are being processed. In the 2013-2014 financial year, the commission “finalised” 292 claims and “settled” a further 270, exceeding its target. (A “finalised” claim is one in which the state has implemented all its financial or acquisition responsibilities. A “settled” claim means merely that an in-principle agreement has been reached.)

At this rate, it will take more than 35 years to finalise the outstanding claims from 1998. If the current rate of settlement was tripled for the projected 397 000 new claims, finalising them will take about 230 years.

Cherryl Walker is a sociology professor at the University of Stellenbosch. This is an edited extract from her chapter in Land Divided, Land Restored: Land Reform in South Africa for the 21st Century, edited by Ben Cousins and Walker (Jacana Media)