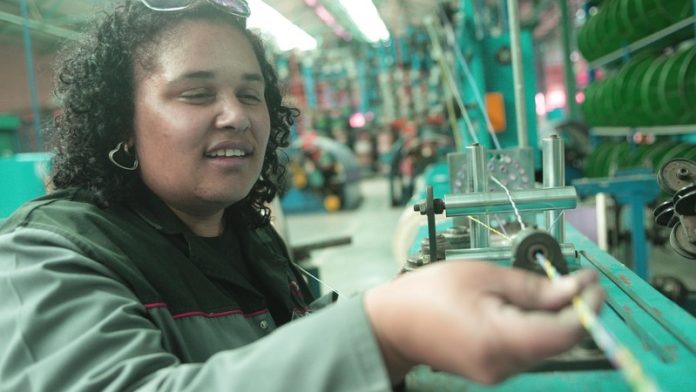 With regards to sectors and their contribution to economic growth, the focus is on the proportions of manufacturing sectors vis-à-vis mining and minerals versus services industries. In relation to capital and labour intensity, the discussion involves the extent to which machinery is used more than labour in the various sectors or the proportion of one input relative to the other. The third issue about the structure of an economy is about the major sectors, say mining and mineral sectors, and linkages to other big sectors, say energy sector. The other fundamental issue is ownership because ownership determines the structure of an economy.

First, if we look at the structure of the South African economy, although there are some industries which have slightly increased their contribution to economic activities, the economic structure has not changed much. In particular, the sub-sectors in the services sector have increased their contribution to the economy. For instance, the contribution of the finance, real estate and business services sectors increased from 16% in 1994 to 21% in 2014. The contribution of the manufacturing sector however decreased from 21% in 1994 to 14% in 2014.

Second, the South African economy remains predominantly capital intensive as many have argued, hence a very high unemployment rate. Third, as Ben Fine and Zav Rustomjee have argued “the Mineral Energy Complex (MEC) lies at the core of the South African economy not only by virtue of its weight in economic activity but also through its determining role throughout the rest of the economy” – the MEC can be described as a form of political compromise between large English mining interests and the large Afrikaner business and political establishment.

Linked to the MEC is the fact that whites remain in control of the greater part of the South African economy, even 20 years after political change. And there is a historical link between white businesses domestically and international capital that ensures the status quo is maintained; that the structure of the economy does not change for the purposes of radical economic transformation.

Similarly, Haroon Bhorat and his co-researchers have argued that “in the South African context, the strong inequality between racial groups as a result of apartheid has always been a significant driver of aggregate inequality”. In fact, they demonstrate that “it is very clear that African inequality remained virtually unchanged over the period, with the 1995 and 2005 Lorenz curves almost indistinguishable. In contrast, the Lorenz curves for white individuals graphically confirm increasing inequality within this cohort over the period.” The inequalities are even starker if asset inequality between racial groups is considered.

The data I have been studying suggests that there was an increase in intra-African inequality between 1995 and 2005. The performance of the labour market is a sound possible explanation for this: many Africans acquired well-paid jobs, given the shift from apartheid to democracy, and the labour market created many jobs which increased wage differentials in the African population group in particular. However, calculations show that between 2009 and 2011 the more significant increase in income inequality occurred within the white segment of the population. This, I argue, has to do with the structure of the economy, which, in general, favours the white population group and could be favouring some white people more than others.

Policies are inappropriate or weak if they do not take account of particular contexts. The global environment, the domestic context and other contexts have changed since 1994, but policy changes or shifts (that is, reforms) and their sequencing have not been alive to new realities, especially since the mid-2000s. South Africa, arguably, has not confronted apartheid colonialism directly.

Many have suggested that the overall development experience of post-apartheid South Africa has to be understood in the context of “elite transition”. In simple terms, the transition from apartheid colonialism to democracy involved compromises among members of the elite, and the compromises reached could now be constraining development.

I am arguing that it might be that there is a new compromise: paradoxically, just as the political economy of South Africa was a compromise between global capital (which was represented by the Mineral Energy Complex), owned by the minority white and Afrikaner population during apartheid, the post-apartheid political economy, arguably, is also a compromise – this time, however, it is a compromise between African majority rule and the white minority who holds greater power in terms of finance capital.

In a nutshell, economic policy has to address the challenges of unemployment and poverty, as well as reduce racial inequality. Social policy has to be robust. Labour market policies should be ameliorated. Social and economic policies have to work together for socio-economic development. An effective industrial policy and a sound regional integration agenda are also critical.

Most importantly, tax and fiscal policies should be tilted to modify the structure of the economy. As argued elsewhere and by many others, South Africa needs a new consensus on the ideal framework or approach to its socioeconomic development.

Needless to say, over and above policy and or policy reforms, implementation should be improved. If anything, South Africa should prioritise socio-economic challenges that relate to income inequality, job creation, poverty reduction and social cohesion. The rhetoric of radical economic transformation has to translate into concrete programmes that restructure the economy in a manner that deals with the ramifications of apartheid colonialism.

Vusi Gumede
Vusi Gumede worked for the South African government in various capacities and in different departments for 12 years. He has been an academic since 2010. He has held various professorships, fellowships and editorships in and outside South Africa. He is currently a Dean for the Faculty of Economics, Development and Business Sciences at the University of Mpumalanga in South Africa. He holds various qualifications, including a PhD in Economics that he completed in 2003 at the University of Natal. He has published 15 books and over 50 journal articles and book chapters. He has supervised to completion over 20 Masters and Doctoral students as well as undertaken various research projects for institutions in and outside South Africa. He serves in various committees, including the Presidential Economic Advisory Council in South Africa, the International Advisory Board of the Southern African Institute for Policy and Research, the National Council of the South African Association of Political Studies and the Pan-African Federalist Movement.
Facebook
Twitter
WhatsApp
Linkedin

Light at the end of Eskom tunnel?