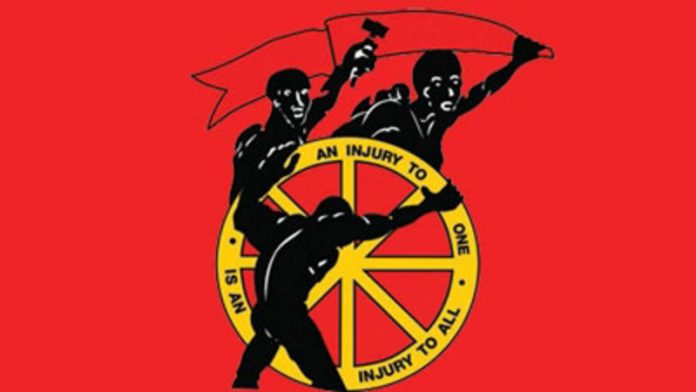 “Capitalism is killing us,” says Khwezi Mabasa. “It is killing workers and destroying the environment.”

Mabasa blames capitalism for climate change as one would expect from the social development policy co-ordinator at Cosatu. He may only have been at the trade union federation for a year but his arguments are persuasive.

“We aim to break stereotypes,” Mabasa says, brimming with energy to strike a blow against climate change. Climate change is not a middle class preoccupation. It will affect unemployment, economic structures and industrialisation. Already there are over 150 million ‘climate refugees’ in the world displaced by drought, failed crops, floods and rising sea levels. In addition, 262 million people are affected yearly by climate disasters. It is the working class, the poor and developing countries that are most affected.”

Cosatu puts the working class perspective on the table. “We have already commissioned research on workers’ perceptions of climate change in the mining, poultry, mining and chemicals industry,” says Mabasa.

“We link environmental challenges with socioeconomic challenges. Cosatu shows workers that there is a direct correlation between the minerals-energy complex and increased greenhouse gas emissions. We talk to workers on the shop floor at the big companies so they can participate in debates and decisions.”

Cosatu is democratising knowledge. “We have produced materials in English and this year we aim to have them translated into other languages. We have two committees: the Cosatu National Climate Change Committee and the Naledi Climate Change Reference Group, which deals more with the technical side of things.”

The National Labour & Economic Development Institute (Naledi) is a non-profit organisation which undertakes labour and economic research. It includes representatives from unions and civil society. Most of the work happens here, such as the production of educational materials, Mabasa points out.

Before joining Cosatu, Mabasa was a junior lecturer at the University of Pretoria. “My degree is in international relations and politics. At university I was a member of the South African Students’ Congress, the Young Communist League and the ANC Youth League. My MA was in development studies.”

“I first became aware of climate change in third year (2008),” Mabasa says. “It was introduced as a sub-module of international relations. To be honest I viewed it as an ‘environmental issue’ but learned later it is part of sustainable development.”

Mabasa is a political economy person and finds the climate debate has “grown on him” because of how it affects people’s lives. “We need to re-industrialise towards a carbon constrained economy. So we do not call them ‘green jobs’ because big business can just ‘greenwash’ business as usual.”

Low-carbon jobs must include local manufacture and skills transfer. We need to know who owns the technology, he insists. “We need to develop expertise and phase in local content. We need more localisation of manufacture; more research and development to create technology suitable for local conditions. We need to protect our industries locally. ‘Green issues’ are part of an inclusive economy and so must include skills development and sustainability as a by-product of conserving the global commons.”

“We must phase in local procurement,” he says. “Mining unions are our constituency so we cannot push for changes that threaten their jobs. We always consider the broader socioeconomic consequences of our plans. We are going for a total game change from capitalism (which exploits the earth and labour) to a low-carbon economy that is kinder to both earth and people. ‘Climate jobs’ are more secure, require more skills and are cleaner.

“This year we are introducing climate change as an issue at our provincial and local structures,” says Mabasa. “We have a climate change framework, with 12 principles and resolutions. ‘Growth Path towards Full Employment’ includes environmental sustainability, under the heading ‘Green Jobs and the Environment’: A Just Transition to a low-carbon and climate resilient economy is required. A just transition addresses both the unemployment crisis and the ecological crisis. People are often astonished at how much work Cosatu has done in the field of climate change.”