Science, technology and innovation in Africa: not always rosy, but it is about to be 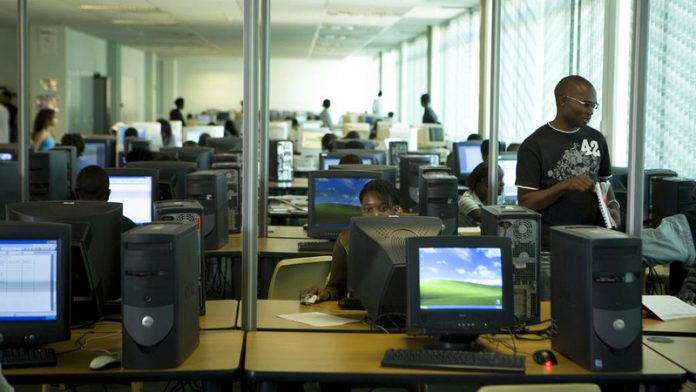 In tech-savvy Nairobi, one of the launch capitals, a young crowd of geeky and cool developers excitedly welcomed the possibility of being able to finally make money from their work. For years they had tended to operate in the informal economy, largely invisible to investors.

After a two-year trial, Microsoft will hand over the successful project to the Kenyan government before rolling it out to other African capitals, according to Kunle Awosika, Microsoft’s country manager in Kenya.

The multi-million dollar investment and its positive reception mirror the concern that while the continent is home to many brilliant inventions, it has been difficult to invest them to scale — there being little information as to their value — and consequently, tap them for Africa’s growth.

Mutembo Chanda runs an avocado export start-up from a warehouse along the Great North Road, leading out of the Zambian main city of Lusaka. Until he invested in a cold room onsite, his biggest cost was storage loss.

“But it often breaks down, and getting the right technician to fix it is a hit-and-miss affair,” he says, adding that this leads to delayed payments to his suppliers, largely small-scale rural growers.

Chanda could be speaking for any small trader on the continent, and by extension, the farmers who toil hard only to run into major challenges storing, transporting and selling their produce.

On the surface it is a desirable situation, but the catch is in the lack of indigenous solutions, especially in a continent that constantly battles hunger despite its rich potential.

A lot of food goes to waste due to obstacles in processing and preservation, hurting the continent’s overall competitiveness. The situation could get worse as climate change begins to bite, with Africa relegated to seeking external help to combat the challenge.

“The focus must be on needs-based innovation; the value created is what matters,” says Dr Ndubuisi Ekekwe, founder and president of the African Institution of Technology.

The transition from an invention- and production-based economy — including of mineral resources — into an innovative- and competitive-based economy, requires knowledge, bringing into sharp focus the role of higher education institutions.

These institutions play a crucial role in fine-tuning the continent’s human resource base. But despite massive demand and the concomitant expansion of institutions, according to the African Union less than 10% of Africans have enrolled for tertiary education.

In 1991, Africa had only 2.7 million university students; by the end of this year projections are of 18-20 million students, according to the World Bank. To service the unmet demand, there has been a proliferation of private universities, with Africa now closing in on 1 000 universities and more than 1 500 other institutions of higher learning.

But this is not nearly enough, and it is compounded by the problem that few private institutions play in the science, technological and innovation (STI) space, preferring to instead concentrate on more “marketable” areas that offer more direct income earning capacity.

Underfunding by governments constrained by spending on more urgent areas has not helped resolve the situation. A trend began in the 1980s, as African governments battled with socio-economic challenges and structural reforms, of regional governments allocating little of their funding to higher learning and even less to science and innovation.

It is a deep paradox — education in most African countries comprises the highest proportion of their national budgets, but almost nothing reaches tertiary institutions.

The unavoidable result has been students seeking higher education by any means possible, resulting in questionable quality, consequent skills and job market mismatches and a steady brain drain.

“The correlation of jobs to output is lacking in Africa, with little incentive for partnership between institutions and employers,” says Ekekwe, stressing that more private money must be put into education.

The Square Kilometre Array space project in South Africa has for example had to send out engineers for training abroad, and while there is growing African expertise, the continent’s brightest minds continue to be drawn toward what they perceive as better opportunities abroad.

But institutions like Ghana’s Ashesi University are changing this, with its noticeable focus on what the market requires, a trend increasingly mirrored by many other institutions. Ashesi seeks to build links with employers and endeavours to match their requirements.

The African Union’s development agenda, “The Africa We Want in 2063” calls for a more robust higher education and research space that is both relevant and responsive to the continent’s lived challenges to ensure sustainable growth.

African governments’ investment in STI research remains weak, severely harming the scope for innovation and locally-adept solutions. The region accounts for less than 1% of the world’s research output, despite having 12% of its population, despite research output more than doubling between 2003 and 2012.

Only 29% of all research in Africa is in science, technology, engineering and mathematics (Stem) while there is very little intra-African collaboration, the majority being with institutions in the West.

Citations of Africa-authored research is minuscule — just 0.28% of the global count — while most scientific studies are skewed towards the health sciences and generally follow donors’ money.

There has also been a shortage of skills sharing. Staff mobility across Africa remains constrained, giving rise to initiatives such as the Nyerere Programme, which has been key in promoting portability of degrees across Africa.

Cognisant of this, the African Union Commission is committed to bridging the gap between disparate educational systems and fostering academic integration.

Despite a minimum target of 1% of GDP in funding Research and Development, African countries remain well short of meeting it.

But this has steadily been changing with more collaboration and other encouraging trends seen in Africa, says Dr Aldo Stroebel, executive director of the National Research Foundation.

Despite the enormous diversity among African countries, the one constant is that skills are necessary for development, and for growth that departs from mere resource extraction to value addition and adaptation of technology to local conditions.

AU Commissioner for Human Resources, Science and Technology Dr Martial De-Paul Ikounga summarises it succinctly: “Inasmuch as the tool is efficient, it is only realisable in the right environment, and particularly, with the right implementation.”

Basic infrastructure such as broadband to drive ICT has more often than not initially been funded by outside partners, such as the Partnership for Higher Education in Africa project.

To change the continent’s fortunes and trajectory, investment in STI must therefore be deliberately upscaled, experts say. Areas such as water and sanitation, health, energy, agriculture, climate change and natural resources will all benefit from an increased focus on STI, which is seen as the missing catalyst for wider economic growth and development.

The overarching position is that African policymakers need to reboot their approach towards promoting STI. There has already been a renewed focus in this area in national policy, and also at the highest levels on the continent.

The adoption of the anchor STISA-2024 (Science, Technology and Innovation) strategy by African heads of state was a big step towards this, while the planned move for a trust fund dedicated towards STI announced recently by African ministers in Rabat has added more impetus.

STISA-2024’s four main pillars are developing research infrastructure, enhancing professional and technical competencies, promoting entrepreneurship and innovation and providing an enabling environment for STI development in Africa. These address the continent’s main issues, with the message that member states, Regional Economic Communities and the AU all have synergetic roles to play.

Other key players such as the African Development Bank have come up with the Human Capital Strategy (2014-2018), Unesco has Priority Africa (2014-2021) and there are plans to set up STI centres of excellence in universities all around the continent.

It is hoped that the high-profile Higher Education Summit recently held in Dakar will help to further these initiatives in the crucial journey towards Africa’s sustainable development.

For further enquiries on this supplement contact [email protected]