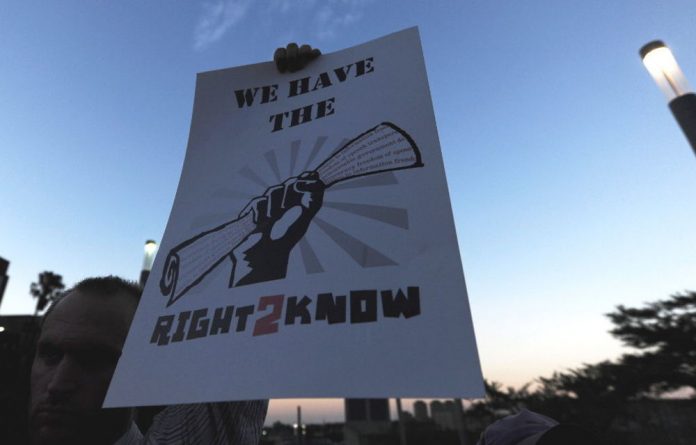 The Supreme Court of Appeal (SCA) on Monday struck down a Western Cape High Court judgment that limited media and public access to court records countrywide.

AmaBhungane, which had joined the court proceedings as part of a civil society coalition, welcomed the judgment. Karabo Rajuili, its advocacy co-ordinator, said: “This is a huge victory for open justice and the public’s right to know through accurate media reporting.”

In the judgment summary, the full bench of judges remarked that “court records by default should be open to the public — any departure and exception should be justified.”

The City of Cape Town had appealed the August 2014 High Court ruling, which Judge Ashley Binns-Ward made in the course of litigation between the city and the South African National Roads Agency (Sanral).

AmaBhungane joined a coalition of 11 civil society organisations that intervened in the appeal as amici curiae (friends of the court) to highlight the damage being done by Binns-Ward’s judgment.

The coalition said in its heads of argument to the appeal court: “The [Binns-Ward judgment] substantially reduces current access to records of the High Court, threatens the freedom of the media, curtails the work of public interest organisations and undermines the independence of the judiciary.”

Access to court records has been crucial in a number of amaBhungane’s investigative stories.

The civil society coalition was represented by the Legal Resources Centre and advocates Wim Trengove and Michael Bishop.

Here follows a statement issued by the civil society coalition:

The matter has its genesis in the South African National Roads Agency (Sanral) asking the High Court to order that some of its administrative documents remain confidential during litigation brought by the City of Cape Town against Sanral’s plans to toll major roads in the province.

It also held that, contrary to the uniform practice at the time, members of the public or the media were not entitled to obtain copies of court documents from the Registrar of the High Court.

The result was to significantly decrease existing access to court documents, particularly in challenges to the legality of government conduct. The City of Cape Town appealed the judgment to the SCA.

The group included organisations that engage in litigation in the public interest, and on whom restricted access to court documents would have a dire impact.

The amici were represented by the Legal Resources Centre.

The SCA endorsed many of the arguments advanced by the amici. It recognised that the High Court’s judgment infringed the rights and principles in the Constitution guaranteeing freedom of expression, access to information and access to courts, and undermined the legitimacy and effectiveness of the judiciary.

Ponnan JA, on behalf of the SCA, stated that, “The animating principle therefore has to be that all court records are, by default, public documents that are open to public scrutiny at all times. … [A]ny departure is an exception and must be justified.”

“Secrecy”, the SCA held, “is the very antithesis of accountability. It prevents the public from knowing what decision was made, why it was made, and whether it was justifiable.” It upheld the City’s appeal and replaced the High Court judgment with an order dismissing Sanral’s initial application for confidentiality.

Importantly, the Court also affirmed that open justice is necessary to hold government to account and, further, that the effectiveness of the court system requires such openness.

It held: “Thus where openness is most sorely needed – the consideration of government conduct – the high court judgment limits openness the most. The blanket of secrecy it throws over previously open proceedings undermines the legitimacy and effectiveness of the courts.”

The SCA declared that all documents filed in court are public documents, open for public view at any time (unless specific legislation or a court orders otherwise) and that there is no limitation on parties distributing court documents, particularly in reviews of government conduct.

The amici welcome the SCA judgment as a strong and necessary endorsement of the need for openness, not only in court proceedings, but in all government activity. _ End of statement.