A new tower of strength, or of ivory? 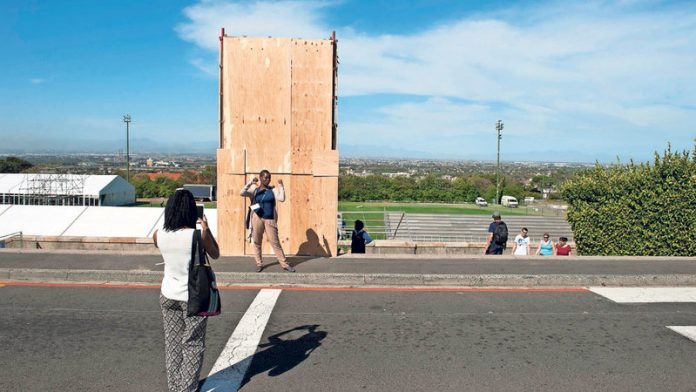 The mixed reaction came from concern about what the post-apartheid entry of black people into higher education leadership structures means. At the heart is the question of whether a black person leading a predominantly white or former whites-only space means any radical departure from the values of its predecessors or is merely is a reinscription of white supremacy under a black face.

In Beyond the Apartheid University: Critical Voices on Transformation in the University Sector, Gideon de Wet suggests the South African higher education system “is struggling to renew itself in the context of the demands of a new democracy” and the pressures from society, the globalised world and the historical legacy of the country have “overtaken the ability of the sector to absorb the pressures in an equitable way.” In the same book, Rhodes University’s Corinne Knowles calls attention to the unequal context in which South African universities operate. She notes “teaching, learning and research are constructed, funded and rewarded in ways which privilege and exclude”.

Speaking at the one-year anniversary celebrations of the Progressive Professionals Forum at the Pan African Parliament in Midrand last year, Professor Sipho Seepe remarked that “in this country, white people choose their blacks carefully”. This, according to Seepe, was signified by the fact that both the University of Cape Town and the University of the Witwatersrand had had black leaders for more than a decade and yet barely any transformation had taken place in either of these institutions. Seepe argues that there is now “a sense of collusion between black and white [structures] against black advancement” because the higher structures of traditionally white institutions “choose blacks that will not advance anything that talks about [the] historic mission” to transform these structures.

Certainly, in A Phenomenology of Whiteness, Sara Ahmed reminds us that scholars in critical management studies have long shown that “organisations tend to recruit in their own image”. She writes: “It is not just that there is a desire for whiteness that leads to white people getting in. Rather whiteness is what the institution is orientated ‘around’, so that even people that might not appear white still have to inhabit whiteness if they are to get ‘in’.”

Writing for the Daily Maverick in 2014, Simamkele Dlakavu reported that postgraduate political studies students at Wits self-organised to challenge their department to transform.

These students drafted and presented a “transformation memorandum” to the department, the vice-chancellor of the university and the general management. In the memorandum, the students raise a number of grievances, including lack of “transformation in the demographics of the departmental staff” – their department had no black lecturer and only two women lecturers. The students were further concerned about the Eurocentric nature of the curriculum they were being taught, which they felt lacked black and African thought.

The events of the past few weeks – “#RhodesMustFall” at the University of Cape Town, “#RhodesSoWhite” at Rhodes and “#TransformWits” at Wits –  echo concerns of the students in the Wits politics department, extending as they do calls to transform the higher education sector. As Dlakavu (interviewed in last week’s Mail & Guardian, “Leaders of the #Rhodes rebellion”) observed, the experiences of these students have important implications for our understanding of how the post-apartheid university continues to reproduce “the status quo”, highlighting “who belongs in this space and whose experiences matter”.

The entry of black people into higher education must mean more than just box-checking for universities trying to satisfy government equity requirements. It requires a fundamental shifting of current modes of exclusion and a radical engagement with the politics of holistic inclusion of people across race, gender, class and so on. As Knowles concludes, this transformation requires learning that “animates transformativity” –  a space in which, as Judith Butler puts it, we no longer have to ask for recognition of what we are; we have the platform to transform and “petition the future always in relation to the other”.

It remains to be seen if Mabizela will be orientated towards the work of “institutional whiteness of the university” or if he will be courageous and resist being a “chief executive with no power” and work towards a radical reshifting in the racial geography of the university.

Gcobani Qambela is a lecturer in social anthropology in the school of social and government studies at North-West University, Potchefstroom. He will take part in a colloquium at Rhodes University, titled “(Re)making the South African University: Curriculum Development and the Problem of Place”, on April 17 and 18. It will consider the origins of South African universities in the colonial era and thus their existence today as “custodians of borrowed traditions”. For information on the colloquium, contact Noluxolo Nhlapo: 046 603 7474/7515/8060