Outspoken author thanks writers for aiding her release 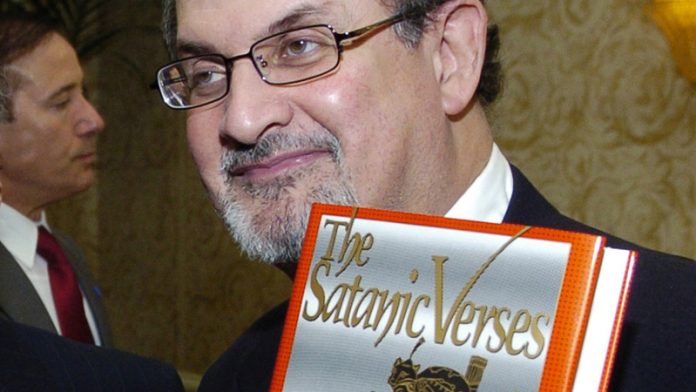 A first-time novelist, asked to name authors she admires, tells her schoolgoing audience: Salman Rushdie. The pupils leave in dudgeon and in protest.

Later, at the literary festival that the author is ­attending, in a port city going through convulsions of xenophobic violence prompted by the traditional king speaking out against “foreigners”, the author is waylaid, has a knife held to her throat, is hit on the cheekbone with a brick, and is snarlingly described as “Rushdie’s bitch”.

Hearing of the incident, Rushdie himself tweets ­sympathy and support. So do other authors. PEN, the worldwide body of poets, editors and novelists, issues a statement condemning the attack.

The launch of the novel is dropped from the festival programme because the author is not well enough to carry it out. Things quieten down, as they always do. The story disappears from the media’s radar, as such tales always do.

But, as sometimes happens, the matter flares up again. Suddenly, on the cusp of the weekend, the author tweets that she has been forced to check in to a hospital in order to mend her ways. Those who disapprove of her approval for Rushdie insist she recant her position and withdraw her approbation of the author of The Satanic Verses.

Confusion and contradiction
Later tweets from the writer herself confuse the issue and appear to contradict some, if not all, of the initial postings, including some if not all of her emails to PEN about being hospitalised. No, she has checked herself in – a technicality, as the admitted person must sign in “voluntarily”.

From afar, Rushdie is unwavering in support. He and others tweet and retweet tweets they have read from the author that prompted them to tweet to begin with. The media circus sets up its tents again. Outrage is high. The truth, as ever, is the first casualty.

Make that an invisible injury to the truth, as neither the media nor anyone else knows exactly what is going on. From around that most viperous of scandalmongering places, the literary scuttlebutt, come conspiracy theories that the affair is a set-up to garner publicity, an orchestrated campaign of Shock! Horror! Sales!

Though she was incarcerated in a medical facility, whether of her own volition or coerced by bigger forces, the author was very much in touch with the outside world through Twitter. She is less connected, though, to mainstream media platforms. Her publisher tells one media outlet that it will not issue any statement as this is a personal matter and it does not wish to intrude on the author’s privacy.

The facts
Those in the community objecting to Rushdie being cited as an admirable writer are less forthcoming than they are with the author.

Tweets, whatever their usefulness as early harbingers of news and first responders to it, are not the soundest sources for any story.

Citizen journalism and diaries kept in public (another genre imposed on the tweet) have their limitations, as do speculations based on them.

Names and places have not been omitted to protect anyone or anything – here they are: the author is ZP Dala; the festival is the annual Time of the Writer in Durban (the port city); those who disapprove of Dala liking Rushdie’s work are from the Muslim community in Durban and the novel is What About Meera, published by Umuzi.

Free at last
The writer is free, free at last. In a statement put out by PEN South Africa, Dala recorded her thanks to the organisation for securing her release from discomfiting ­hospitalisation. It reads: “I would like to thank PEN centres in South Africa, America and the UK a million times over for mobilising so quickly and working so hard to secure my release from St Joseph’s Psychiatric Hospital.

“I felt myself slipping into a deeper depression while there. I felt cut off from the world and that my faculties were compromised by excessive medication.

“I am now home with my family, laughing kids and overgrown garden.

“Please convey my sincerest and most heartfelt thank you to all at PEN and all others who assisted in securing my release.”

Writers rally around the author who dared to admire Rushdie

Violent intimidation of writers must not be tolerated