What is an African curriculum? 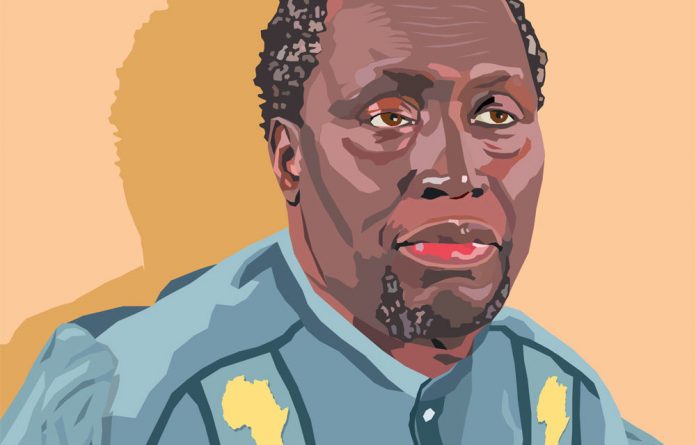 The #RhodesMustFall student protests that gripped the University of Cape Town (UCT) have once again brought to the fore the problems around transformation that bedevil higher ­education in South Africa. The ­disgraceful paucity of black professors and the disingenuous explanations advanced by university management to show why this is so have appeared in the newspapers so often that they have become common lore.

But as so often happens when student or street protests shine an unforgiving light on our failings, a rash of committees are established in the aftermath and put to work on what is to be done, even when everyone knows what this is.

I’ve heard that UCT has established a committee to look into curriculum reform, among other policies. I don’t want the discussion around curriculum reform to die a slow, deliberative death, as so many issues do when landing at the feet of committees. I hope, by putting it out in the public domain, I will, in a small way, help prevent that.

Curriculum transformation is an area that does not lend itself to the simplicity of numbers. It is easy to escape scrutiny when the focus is on matters that can be represented in numbers, such as the number of black and white professors at a university. It also often disappears from the public gaze because it is assumed that curricula are things for experts. Many commentators fear that they do not have the competence to discuss curriculum development, except to merely call attention to its necessity.

But anyone who knows anything about post-colonial societies and their histories will know about the curricular changes that happened in the 1960s. Others will know about those that occurred in Europe and North America from the 1980s onward because of the huge migrations that changed the face of many Western countries and resulted in the multiculturalism movement. These two historical moments were accompanied by conversations and debates about what, say, a decolonised curriculum will look like in Africa or Asia and what a multicultural curriculum will look like in the West.

Learn from old lessons
In South Africa, therefore, we do not need to start at ground zero when we think of transforming curricula. We should learn from the lessons left to us by these earlier debates and the new curricula practices they set in motion. One such debate that holds important lessons for us started in October 1968.

At the University of Nairobi, a group of three academics led by a young man then known as James Ngugi (now the acclaimed author, Ngugi wa Thiong’o) sent a memo to the arts faculty board. This memo was a reaction to an earlier, well-intentioned paper presented to the same faculty board in the same year.

In this earlier paper, the acting head of the English department had proposed that the English syllabus be expanded to include writing in English from other parts of the world. His rationale was that though the English department “had built up a strong syllabus by its study of the historic continuity of a single culture throughout the period of the emergence of the modern West”, it now needed to be less British and open up to writing in English from elsewhere.

It was a modest proposal. And, it must be said, that this was the position that was later to be adopted by the interest groups advocating multiculturalism in education. Remember, this paper was presented in the 1960s and the multiculturalist movement that was to gather steam in the 1980s was at least a decade away.

An unacceptable plan
But the idea of a strong syllabus built on the historic continuity of a single culture to which other writing was to be added now and again as the times demand drew the ire of the trio of academics – Ngugi, Henry Owuor-Anyumba and Taban Lo Liyong. In these young men’s opinion, this was unacceptable.

For them, it made Africa an extension of the West. Kenya, East Africa and Africa should be placed at the centre of whatever historic continuity Kenyan students were to study. In their thinking, it was a ­fundamental question of place, perspective and orientation that needed to be addressed in any reconceptualisation of the curriculum for a Kenyan university.

The memo eventually led to a major curriculum transformation in East Africa. This memo is important for us right now, in South Africa, not only for its historic significance but also because it spells out two of the major assumptions and principles that have been at the centre of debates about transforming the curriculum since then. Do we simply add new items to an existing curriculum – rather like adding raffia chairs to the master’s living room? Or do we adopt the reverse approach in which we rethink how the object of study itself is constituted? These were the two positions that the Nairobi debate foregrounded and they give us a good platform to begin to think about transformation in our present context.

But let us take the experts out at this point and remind ourselves that, at a basic level, a curriculum is simply a way of assigning value, a way of discriminating between what we think is important and valuable and what isn’t.

Assigning value
Although the narrative with which I began has to do with English and literary studies, every curriculum in every discipline – be it in geology or medicine, history or chemistry – assigns value to its objects of study and withdraws it from others, which could be thought of as belonging to the same domain. If I asked medical students or students of pharmacology to study my grandmother’s cures, which I know from experience are as effective as any other, some are likely to fall off their chairs laughing.

In addition to assigning value, a curriculum also determines the ­academic formation of a new generation. That is, it helps to create people who think in a particular way about particular subjects and talk about them in a particular language and idiom. This is what makes the curriculum a particularly good place to plant the seeds of transformation.

How, therefore, do we think about curriculum transformation in the context of higher education in South Africa today? The first step is to ­recognise the cultural and scientific production – the knowledge – of previously devalued groups of people. This is not a new proposition – recognising and according value to the previously disadvantaged was what was supposed to have happened politically in 1994. This now has to happen in universities too.

It will not only be presump­tuous, but impossible for me to prescribe in fine detail how this should be done in each discipline. Yet it is possible to again reiterate the principles that should inform and guide this process and points that the specialists need to keep in mind.

Two approaches
In your own discipline, you may, first, want to adopt a content-driven additive approach and expand the curriculum already in place. Or you may want to adopt the different approach of thinking how the object of study itself is constituted, what tools are used to study it and what concepts are used to frame it. This is because analytical tools and concepts may marginalise some students and privilege others. This kind of approach will not only supplement simple additions to the content of the curriculum, it will lead to a rethinking of the theories and methods that underlie the framing of the curriculum.

Borrowing a term from music, the Palestinian theorist Edward Said suggested that the way to most productively read, analyse or interpret a text is to do so contrapuntally. Contrapuntal analysis takes into account the perspectives of both the colonised and the coloniser, their interwoven histories, their discursive entanglements – without necessarily harmonising them or attending to one while erasing the other.

The Cecil John Rhodes statue at the centre of the upper campus of UCT may have been physically removed, but what we now need to move is the hegemonic gaze of the Rhodes that is lodged in our ways of thinking, in our curricular and pedagogical practices, our professional practices as teachers, academics, scholars and students. We need to take a critical look at our everyday routine.

In short, we need to remove the Rhodes that lives in our disciplines and the curricula that underpin them.

Harry Garuba teaches African studies at the University of Cape Town. In 2011, he wrote about the Rhodes Memorial in Cape Town for the Mail & Guardian’s Thought Leader websiteTowards an African curriculum