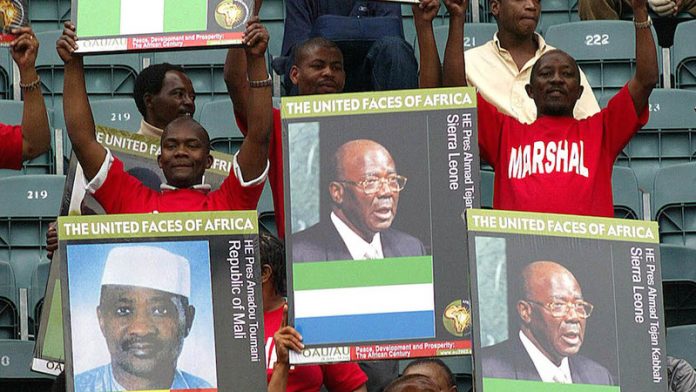 On July 9 2002, Durban fulfilled the collective aspiration of African leaders by hosting the launch of the African Union. The event was at once a celebration of the total liberation of Africa and an acceptance of an obligation for us to strive for an even better African future.

The Constitutive Act of the African Union foregrounds peace, prosperity and national and continental unity as goals that must crown our strivings.

This commitment made by African leaders in 2002 has to be placed in context. Many a post-colonial African state today displays great volatility and violence. This condition does not make us a historical aberration.

The European state suffered the same condition in the formative years of its modernisation (1618-1648) and again, four centuries into its modernity, in the years 1914-1945. So shaken were the European leaders and peoples that in 1945 they decided to direct their energies towards building the foundations of a new, peaceful and prosperous Europe.

The entire African neighbourhood is horrified by reports of violent attacks targeted at foreign nationals residing in South Africa. Xenophobia is the word used to describe the phenomenon.

The cocktail of theoretical positionings regarding its causes are varied:

• Provocation of locals by elements who are part of the diaspora;

• Opportunistic manipulation of the unemployed by local entrepreneurs who cannot cope with growing competition posed by foreign businesspeople;

• The absence of good organisation and leadership on the ground; and

• Indecisiveness on the part of the government.

The tendency on the part of many participants in the discourse has often been to embrace one causal explanation to the exclusion of the others. What if the current problem entails all of these elements – and possibly others?

What also gets lost in the frenzied discussion about xenophobia is that it can also be about obnoxious ways in which citizens of one country relate to each other.

It is not only about tense relations between nationals of different countries. As Africans, we remember too well how the colonial and apartheid policies of “divide and rule” were used to foment xenophobic attitudes among tribes that shared territorial spaces.

The process of building national identity, here and elsewhere in Africa, was not started on the day of independence. It was an integral part of the struggle for progressive change. It is, however, trite but true to say that we continue to witness events and trajectories that point in the opposite direction, away from the long-term promise entailed in the country’s policies.

The use by some of ethnic mobilisation as an instrument for ascending to leadership positions and for accessing public resources has also not helped. Often, these are instances of subliminal xenophobia, which exist or operate below the threshold of visibility.

We only notice the problem when the persons concerned happen to be seized by a moment of indiscretion or when their nefarious ambitions get the better of them and they become chauvinistic towards “the other”.

Some of the infighting within political parties and trade unions, as well as recent municipal boundary disputes, provide material which can help us better appraise this problem.

The presence of foreign nationals in South Africa is not a new development. It predates the advent of the democratic dispensation. Indeed, South Africa has a history of foreign nationals involved in the mining and industrial revolution in the country. Struggle icons such as Molvi Cachalia, Chief Albert Luthuli, Thomas Nkobi, Chris Dlamini and Ray Alexander traced their origins to one or other country which is not South Africa.

What is new in South Africa today is the exponential growth of the diasporic population. This means that the concept of “We the people”, found in the opening sentence of our Constitution, has undergone profound changes. Those changes require that we find novel ways of thinking about how to run our national affairs.

Leaders from different spheres of life must take an active interest in trying to understand how members of the African and non-African diaspora are coping with the exigencies of displacement and emplacement. Community-based organisations also have a responsibility to facilitate the integration of foreign nationals into our communities.

We need to understand that whereas violent conflict may originate from a single cause, as it unfolds it may accumulate other, additional causative factors, including revenge – and even xenophobia. Nelson Mandela understood this very well.

Sensing the ominous potents of retaliation, he wasted no time in calling on our people not to seek revenge for Chris Hani’s assassination. His moral authority, complemented by the prompt action of organisations on the ground, helped to positively channel the anger of the people into peaceful demonstrations.

The leadership’s accurate understanding of what was required at that moment proved to be a necessary condition for conceptualising desirable and feasible remedies.

Post-colonial Africa faces many challenges. These challenges have produced a topography of problems characterised by two interrelated phenomena: the depopulation of some parts of the continent and the growing diasporic population in others.

The first phenomenon is attended by processes of deindustrialisation caused by the loss of economically active human capital and the consequent shrinking of economic opportunities.

The second is that there is the challenge of ensuring that the countries that are host to diasporic populations integrate such populations successfully.

This requires a capable state which is buttressed by social infrastructure adequate to ensure that our country remains a zone of stability, peace and development. It means having the capacity to be proactive and not only to respond when facing tipping points.

All these are our problems. They are African problems. We are all mature enough to know that retaliation can only be to the mutual detriment of all concerned. In any case, such responses are premised on a misunderstanding of what is actually happening in this country.

There does not exist, in South Africa, a popular rebellion against foreign nationals. The overwhelming voice of South African communities is heard in public denunciations of xenophobia. Many have shown that they regard it as the worst thing since the devil.

African thought leaders must work with the political leadership to help all of us imagine better and appropriate ways of responding to the problem at hand. We must be able to nip this insidious danger in the bud.

We dare not allow this – our time – to go down as the least intellectually fecund period in the history of the continent. The persistence of problems must only spur us to work harder. Our era needs leaders who can build bridges across national, continental and global frontiers.

Dr Fholisani Sydney Mufamadi, a former South African Cabinet minister, is director of the School of Leadership at the University of Johannesburg