Dilemma for the Lemba of Zimbabwe 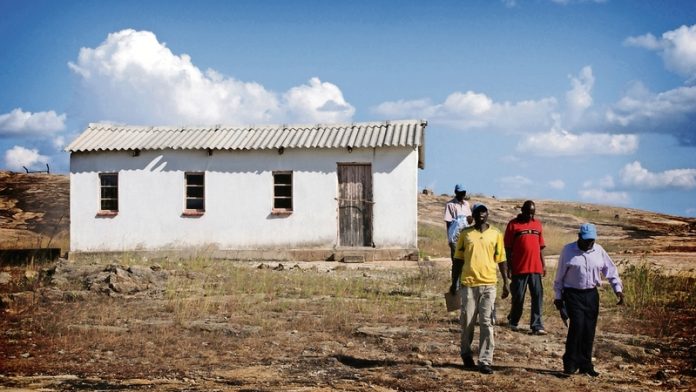 ‘I can walk on both sides of the street,” is how researcher, photographer, and visual artist William Rasdell refers to his knack for switching from street slang to highbrow academic speak. But judging by his latest endeavour, the Jews of the African Diaspora (JAD) project, he is also able to dexterously walk the broken line in the middle of the street.

With a colourful 40-year career behind him, Rasdell can rattle off a long list of corporate companies that were once his clients; a list that includes American Airlines, Time-Life Books and McDonald’s. In the same breath, he could but doesn’t often mention the string of galleries, museums and private collections where his works, centred on “issues related to migration as a transforming agent in cultural evolution”, are prized. Some of the more successful works of late have been created in part around South Africa’s political and social transition.

In 2010, on one of his frequent trips to Cuba, Rasdell made an image which paved the road for his visit to the Lemba people of southeastern Zimbabwe this year. The image of a toffee-toned Cuban child wearing a T-shirt with the Star of David on it caught his lens – and discovering that his subject was Jewish sparked his interest in the Jewish people of Africa and the African diaspora. The subsequent journey of research and exploration of this topic led Rasdell to southern Africa via Israel.

In conjunction with Manchester University in the United Kingdom, and funded by the Efroymson family fund, the JAD project documents and profiles the contemporary daily lives of the descendants of the Jewish tribes that migrated into the African continent in biblical times.

As with Rasdell’s Beta Israel project in Israel, the JAD’s photographic field study of the Lemba provided point-and-shoot cameras to project participants, equipping them with basic photographic skills and a skeleton brief around which they are given free creative reign. Participants record aspects of their lives relating to the brief – often with surprisingly informative and stirring results.

Consistently, the images captured by participants show an essential sense of ease and comfort on the part of the photographed subjects. Many families in the area where the Lemba JAD project was facilitated live off a percentage of subsistence farming. Lemba or not, quotidian tasks such as collecting firewood and tilling the fields form an unavoidable part of life for most people in the area. But alongside images of Lemba people carrying out their chores or in front of their humble brick and mortar or mud-walled huts, there are images that point to what makes the Lemba distinct in southern Africa.

The images of where and how cooking utensils in some Lemba homes are stored allude to the Lemba’s adherence to a kosher diet while illustrating the complete separation of some foodstuffs from others – to the point of using dedicated utensils for certain foods.

Each foot in a different place
Pictures of (almost exclusively) men in religious regalia (usually prayer shawls and/or skullcaps) point not only to efforts to preserve Lemba beliefs, but also to the growing influence the hand of orthodox Judaism has in beckoning Lemba people into its bosom.

Facilitating the facilitator, former Movement for Democratic Change-Tsvangirai member of Parliament, and fixer for the Lemba JAD project, Perez Hamandishe, sees Zimbabwe’s Lemba as having each foot in a different place. While one foot rests proudly in Judaic roots by virtue of Lemba origins, the other is planted firmly, perhaps immovably, in Zimbabwe by virtue of the centuries they’ve spent living there.

Hamandishe, like other Lemba people, expressed a sense of vindication and welcomes the acceptance into the global Jewish community as a result of DNA tests which proved the Lemba are of Jewish stock.

Lemba people often claim they can recognise a fellow Lemba by sight. To an untrained eye, they are physically indistinguishable from people of the other communities they live with. From as far back as the mid-1800s, academics and travellers wrote about how the Lemba, although physically indistinguishable from their neighbours, lived markedly different lives and practised customs unique to southern Africa.

In studying the particularities of the Lemba, many academics have drawn similarities between Lemba and South Arabian customs. However, the Lemba long maintained that they are from a lineage of male Jews from Sena (often referred to as Sena One) who emigrated to the eastern regions of southern Africa.

The first significant attempt to prove the Lemba’s claims was by geneticist Professor Trefor Jenkins of the South African Institute for Medical Research. Jenkins and his colleague Professor Amanda Spurdle concluded after testing 49 blood samples from Lemba men that 50% of the Y chromosomes (in males only) were Semitic, 40% Negroid, and the other 10% untraceable. This proved that the Lemba were from an area stretching between what is Morocco today on the north African west coast to Iran in the Middle East.

Embracing the Lemba
Professor Tudor Parfitt got stuck in on specifics. His comparison of 136 male Lemba DNA samples with 120 South Arabian male samples proved the Lemba are originally from South Arabia. Though it cannot be inferred from a Petri dish how Jewish one is, further study into the Lemba DNA revealed a significantly high frequency of the Cohen modal haplotype. Parfitt says: “If one takes a hard view of the data, it is clear that the Lemba substantially originated, via the male line, outside Africa.”

Much has changed in the 17 years since Parfitt’s DNA research was made public. The research has, to an extent, been a vindication for the Lemba whose oral history accounts for their settlement in southeastern Africa more than 1?000 years ago.

For the Jewish community, the research has provided an impetus for various individuals and groups to embrace the Lemba as part of the global Jewish community and offer assistance to Lemba communities where the need might arise.

Bringing free healthcare and introducing the Lemba to “normative” Jewish religion are some of the efforts being made by Jewish nonprofit organisations.

As a matter of course, the participants in the JAD project encountered in the villages of Gutu, Gweru and Chinyika convey their willingness to partake but stand their ground firmly on the issue of “Lemba secrets”. The Lemba have managed to preserve treasured parts of a belief system and a set of customs during their protracted exile. Either as a result of this, or in an attempt to continue this preservation, they have adopted an aloof secrecy as an important feature of Lemba life.

One of the most coveted secrets kept by the Lemba is male circumcision and the rituals around this practice. Chiuya Hamandishe, Perez’s older brother, is responsible for guiding young people through the rites of passage. To say the former artilleryman is not forthcoming with details on the process and its rituals would be a borderline fib. He explains that there is no specific age or season chosen for the initiation ceremony. When there are enough young boys of a certain age, he takes them to a location in the surrounding areas where they are taught about Lemba life and also circumcised as part of their instruction. He also favours us with the declaration that not one initiate has died by his blade.

There are songs which are sung as part of this transition that he will not share, regardless of the fact that other Lemba groups have shared these songs with researchers like Unisa’s Professor Magdel le Roux.

Lessons for the youngsters
Living as close to the people of other communities as the Lemba way will allow is not always harmonious. Young Lemba men are taught to fight with sticks at initiation schools to protect themselves against derision or in response to attack. Seventeen year-old Saleem Musingafi says: “If someone calls me names or tries to beat me, I use my stick and beat him.” He also says if he is outnumbered or otherwise overwhelmed, he can rely on other Lemba men to help him deal with the culprit.

Some of the core lessons passed on to male and female youngsters are to adhere to the regulated kosher diet and to marry another Lemba person.

Rasdell’s dexterity with two different registers is comparable to the way that the Lemba, now proven to be descended from Jewish origins, live a life which has forced them to know how to live among other people but also preserve their ways.

The loom of post-colonial Zimbabwe has woven, for the past 35 years, a definitive tapestry of what it means to be Zimbabwean. Over the years, the threads forming this nationhood have been inevitably altered and dyed depending on the needs of the day. Zimbabwe’s independence, celebrated on April 18, was an opportunity for Zimbabweans and the world to take stock of what makes Zimbabwe and its people distinct from ­others.

For the Lemba, the double-edged sword of deciding whether to stay in a country that offers little prospects for economic prosperity, or emigrate to a country with better prospects carries an additional sting. In all likelihood, a “repatriation” to Israel for the Lemba people would mean having to convert to Jewish orthodoxy. This is the gaping chasm which stands in the way of many Lemba people who, as a result of what some attribute to the effects of missionaries and colonialism, have adopted Christianity either in part or completely. What places the Lemba in a quandary is having to choose between a potentially more secure livelihood in Israel, or preserving the Lemba system of beliefs, which could be the origins of Judaism passed down through a priestly class.