Numsa to fight ban on May Day march 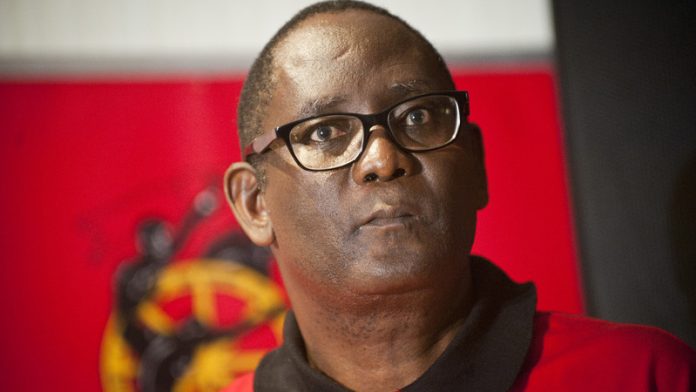 Thirty years after Cosatu was formed, the trade union federation returns – divided – to its birthplace in Durban to celebrate Workers’ Day on May 1.

Cosatu’s march to the Curries Fountain Stadium, where the federation was launched in 1985, will be led by its president, Sdumo Dlamini. Its main rally after the march will be attended by President Jacob Zuma and the South African Communist Party general secretary, Blade Nzimande.

Meanwhile the National Union of Metalworkers of South Africa (Numsa) and eight rebel Cosatu affiliates have approached the courts for intervention after the eThekwini municipality withdrew permission that was earlier granted for a separate march to highlight what the rebel unions call the socioeconomic demands of workers. That march was supposed to be led by expelled Cosatu general secretary Zwelinzima Vavi, Numsa general secretary Irvin Jim and his counterpart in the Food and Allied Workers Union, Katishi Masemola. Numsa is also planning marches in four other cities across the country

Chris Malikane, an economist at the University of the Witwatersrand, said the planning of two rival Workers’ Day events symbolised the beginning of “the realignment of forces in the labour movement”.

Durban has played a major role in the history of trade unionism in South Africa.

With Numsa’s announcement that it has decided to form a workers’ party to take on the ANC, in particular in elections, having two competing events on Friday might be another defining moment in South African politics.

Adam Habib, a political analyst and vice-chancellor of Wits University, said if Numsa succeeded in launching a party it would affect the ANC because the ruling party relied on the same pool of supporters.

Numsa’s KwaZulu-Natal provincial secretary, Mbuso Ngubane, said the union wanted a march that would be a break from the “paralysed” Cosatu traditions of holding mass rallies sponsored by “neoliberal capitalists” and a “fading ANC government”.

Vavi said he would have preferred to see a united Cosatu celebrating May Day.

“You can hardly call this year’s event a celebration – the celebration of an elite which continues to purge those who disagree?” he said.

Dlamini said those organising a rival May Day event were not doing so under the banner of Cosatu.

The ANC’s head of communications, Keith Khoza, said Zuma’s attendance of the main Cosatu rally did not mean he was just supporting a faction led by Dlamini.

“The ANC has a formal relationship with Cosatu. There is no confirmed relation between the ANC and Numsa,” he said.