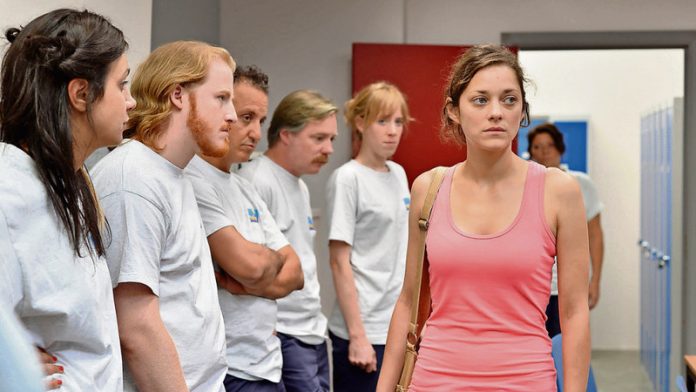 Evocatively and provocatively themed “A Woman’s World”, this year’s European Film Festival explores this alternative vision by screening 12 internationally acclaimed films, each from a different European country, at Cinema Nouveaus countrywide from May 9 to 18.

The theme has the potential to inspire, reawakening questions that feminist critics have posed for decades, such as “what is women’s cinema?” and “is there a feminine aesthetic?”

Yet, for a festival claiming to “pay tribute to the role of women in film, both behind and in front of the ­camera”, ironically it is organised according to male visions.

Festival director Frédéric Chambon and festival programmer Darryl Els are both men and more than half the films are directed by men, raising the question: What sort of “woman’s world” is being explored here?

For Cinema Nouveau brand manager Lola Gallant, the fact that the festival is conceptualised by men should appeal to audiences who might otherwise feel alienated by a “feminist edge”. She emphasises that “this is a festival with great films. The theme just happens to be about women.”

Taking a less defensive stance, Els admits that “it was difficult to find suitable films directed by women because the starting point for any European Film Festival selection is that films should be either Oscar submissions and/or have screened at major international film festivals”. With the Cannes Film Festival to open this year with a film by a woman for the first time since 1987 (Standing Tall, by Emmanuelle Bercot), it’s clear that female directors are still at the very early stages of receiving such recognition.

It seems a shame that the European Film Festival criteria have jarred with the imperative to increase women’s visibility, but one should not dismiss it on these grounds.

In fact, the film selection is richly nuanced, facilitating new angles on female representation in film by positing the potential for male contributors to “woman’s cinema”.

In the social drama Two Days, One Night (2014), directed by brothers Luc and Jean-Pierre Dardenne, we follow Sandra (Marion Cotillard), a working-class woman who is forced to fight for her job after she is discriminated against for ­taking time off to recover from depression.

This unglamorous ­picture of womanhood is both hard-hitting and ­tenderly conveyed. It resonates with the primary goal of 1980s women’s cinema to present realistic images of women, proving that it doesn’t take a female director to represent ­women’s experience in new and challenging ways.

Sadly, this innovative approach does not apply across the board. In Benoît Jacquot’s Three Hearts (2014), the love triangle between a man and two sisters draws on stereotypical male fantasies and plays to an age-old cinematic tradition of fetishising women’s bodies on screen. Charlotte Gainsbourg’s elusive character, Sylvie, is styled as a classic “Bridget Bardot type” with long, ruffled hair, trench coat and transparent blouse. Her allure is contrived and ­formulaic.

What’s more, as straight-up melo­drama – a genre traditionally deemed the “woman’s weepie” – Three Hearts should be approached with caution for its contribution to a filmic vision of “a woman’s world”.

This movie does nothing to reinvent women’s roles and representations and would be better placed on the mainstream circuit, though it does serve as a potentially useful marker for identifying a ­possible “masculine aesthetic” used repeatedly in ­cinema to construct an ­idealised female form.

In Concrete Night (2013), a black-and-white dream-like odyssey by Finnish female director Pirjo Honkasalo, an alternative approach to capturing the human body is explored, suggesting that it might just take a woman’s eye to carve out new ways of looking.

The film enters the mind of 14-year-old Simo (Johannes Brotherus), who spends the night with his older brother Ilkka (Jari Virman) before Ilkka goes to prison the following day. On this metaphorical journey into manhood, Simo absorbs his brother’s corrupting advice that “women enjoy getting slapped. You can hit women but don’t hit men unless you have to.”

A picture of purity, Simo is regularly shown in dappled light in the nude surrounded by the harsh, urban backdrop of Helsinki. His mother, a single parent, is ­powerless to influence her son’s disturbing development. What makes the film so poignant is its treatment of the teenager’s body during this destructive transition. His pale, slender frame is beautifully captured, not to tantalise, but to evoke a tragic, ­fleeting sense of innocence before his impending brutalisation.

Although Honkasalo’s experiences as a woman – as an “othered” body – might have influenced her unusual approach to capturing the human form on screen, to call this alternative gaze a “feminine aesthetic” threatens to homogenise the style of female directors and to assign male directors a limited mainstream mould.

According to award-winning director Jane Campion, “filmmaking is not about whether you’re a man or a woman; it’s about sensitivity and hard work”.

“But,” she adds, “women are going to tell different stories.”

By packaging these films directed by women and men as “A Woman’s World”, audiences are invited to consider Campion’s claim, which has roots in second-wave feminist perspectives that note a shared mode of “sensory perception” among women but reject that this results in a universal “female type” of artistic production.

For festival director Chambon, “it is a truth in general that women have a special sensitivity and are driven by that when telling a story”.

This controversial notion that men and women harbour innate, rather than circumstantial, differences shows how Campion’s ­comment can be interpreted from a number of angles.

Ultimately, the quest to pinpoint “women’s cinema” is fraught with contradictions and renders audiences vulnerable to potentially reductive assumptions, but this makes the challenge all the more invigorating.

Shortcomings aside, “A Woman’s World” presents a rare and radical opportunity to sharpen our critical gaze and reconsider the implications of gender as a prescribed or natural category.