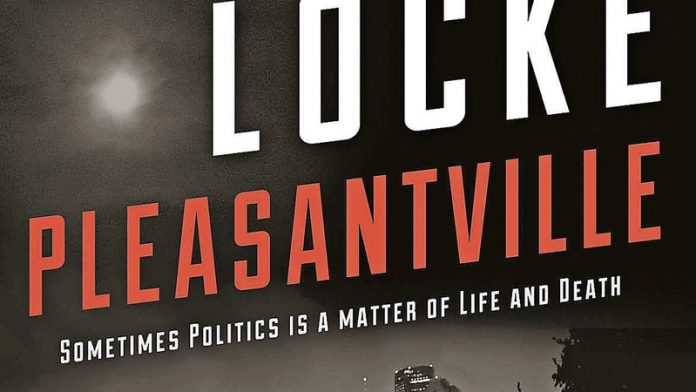 When someone comes to public prominence, newspapers commonly print photographs from their past. How unlikely it seems that the gummy toddler not much bigger than his baseball glove became president, or that the little guy lovingly stroking a pet rabbit just machine-gunned half his classmates. But wait – is there something giveaway in the eyes?

By writing, in the second decade of the 21st century, novels that deal with African-American history in the years running up to the millennium, Attica Locke employs to powerful effect the poignancy – tragic or comic – that comes from knowing the future waiting for someone frozen in the present tense.

The characters in her 2010 debut Black Water Rising are living through the right-wing revivalism of the Reagan years but feel secure in the victories of the civil rights era. We, though, know that the racially divisive OJ Simpson trial and Clarence Thomas supreme court confirmation hearings lie ahead. In Locke’s follow-up, The Cutting Season, a former Louisiana slave plantation has become a theme park staffed by costumed performers, but the narrative suggests that slavery and segregation are being re-enacted in the United States in other ways as well.

Her third novel stops the time machine at an intriguing political junction. It’s 1996 – after the scandals of Simpson and Thomas, from which two key characters have benefited – and the race to be mayor of Houston has come down to a run-off between Axel Hathorne, an African-American former police chief, and Sandy Wolcott, a white woman who is the incumbent district attorney.

In a tightening race, Hathorne’s biggest asset is electoral district 259, Pleasantville, a black community that grew up in the 1950s, using activism to gain better schools and housing. White politicians were forced to take notice because the area represented the civil rights era ideal of “consolidated black voting power”, a minority electorate holding the power to swing close polls.

Hathorne, as the son of the power-broker who created Pleasantville, ought to be a shoo-in there, but his campaign stumbles when a young woman, last seen wearing one of the blue shirts given to his team, is found killed. The damage to the candidate increases when an aide is accused of the murder – which, as journalists soon note, creates a situation in which a district attorney is overseeing a death-penalty prosecution involving her mayoral rival.

Jay Porter, the small-time lawyer introduced in Black Water Rising, is sufficiently suspicious of the potential for electoral corruption to take the case.

A dazzling new talent in a genre usually impresses through originality. Locke, though, is an exception in this respect. She is highly accomplished at crime plotting – satisfyingly entwining the campaign worker’s death, two previous unsolved murders and a corporate pollution suit that Porter is pursuing – but often favours conventional elements. Porter keeps getting beaten up as a warning to drop the case, and the novel’s climax is a set-piece trial reminiscent of the legal procedurals of Scott Turow and John Grisham.

Her freshness comes in the double historical perspective of the African-American past – the details of Pleasantville’s creation and evolution are compelling – and the political future. The courtroom scenes turn on an attempt to settle an election in the courts, which inevitably evokes what will happen in Florida in 2000 between Al Gore and George W Bush.

Rumours that “George W” is planning a presidential bid are dotted through the plot and some of the politicking by a ruthless “election consultant” is a rehearsal of later actual tactics by the Bush 2000 team. The Enron scandal is also glimpsed in embryo.

Most white crime novelists only tell us when someone is black. Locke operates an equality policy in which ethnicity is always specified, noting the “Afro” of a witness, but also a Texan oil man’s shock at a “white hand” serving his drink at a club, and the trial judge is a “white woman … with hair dyed the colour of coffee”. Racially indicative music – a legendary blues LP – also proves crucial.

There are liberals who would say that the novel’s pessimism about the future direction of US politics is contradicted by the fact that George W Bush was followed by Barack Obama.

But Jay Porter would tell us not to be so naive. Pleasantville depicts the beginnings of the present implacable ideological standoff in US politics, in shorthand “the culture wars”, in which an African-American could become president, but about half the population and a large part of the political establishment were revulsed by the result.

In her first three novels, Locke has explored cultural history since the days of slavery. A future book will surely deal with race in the Obama and post-Obama era. That could be her best story yet – which, on the evidence of those she has already written, is saying something. – © Guardian News & Media 2015